Kim Jong-un, whom Donald Trump recently praised more effusively and unqualifiedly than he has ever praised any American president, has, apparently as part of his enthusiastic surrender to Trump’s giant hands and amazing chess mastery, spent the past couple of weeks upgrading his nuclear weapons program and executing an army officer who ordered extra food for his starving troops.

Had Barack Obama chosen to meet Kim at a North Korea-legitimizing and Kim-normalizing “summit”; had Obama, at said “summit,” promised to downgrade the U.S. military presence on the Korean Peninsula and to stop participating in joint drills with South Korea, on the grounds that these drills are “provocative” to the North; had Obama come out of the “summit” praising a communist dictator as an “honorable” and “smart” man who is impressively “loved by his people” (“his people”?); had Obama signed an agreement granting Kim security assurances, promising restrictions on South Korea‘s defense capabilities, and guaranteeing financial assistance to prop up the murderous Kim regime, essentially granting all of China’s demands; and then, had stories begun cropping up demonstrating that Kim was enhancing a nuclear test facility and executing important officers on accusations of “ideological poisoning” — if, I say, all that had happened in the course of three weeks during Barack Obama’s presidency, what would American “conservatives” (what a joke that word has become) be saying about the president today?

Traitor. Utopian neo-Marxist. Appeaser. Coward. Capitulator. America-hater. He’s spitting on U.S. allies. He is kowtowing before communist dictators. He is playing to the Euro-socialists on the Nobel Peace Prize committee.

But when the facts outlined above apply, not to Obama, but to Donald Trump, those same “conservatives,” if they have the audacity to say anything at all, are saying, “Peace in our time!” “Only Trump’s strength could have brought Kim to the negotiating table.” “Of course Trump has to praise Kim this way, because that’s how you win a negotiation.” “No other president had the guts to meet with Kim face to face.”

And you know what they will say about the latest, post-summit, reports about the nuclear program and the execution of insubordinate military officers:

“Of course he has to upgrade the nuke site — I mean, you can’t expect him to denuclearize immediately, when South Korea’s military is still positioned at the DMZ and Trump hasn’t started construction on those beachfront hotels yet.”

“As for executing the lieutenant general who ordered food for his troops, you have to understand that by ‘ideological poisoning,’ Kim means that the lieutenant general was undermining the North’s new ideology of complete surrender and acquiescence to Trump’s manly manhood — I mean, if the soldiers had food, then how could they be expected to understand that Trump is a much greater leader than Kim, and that they should all be worshipping their new Dear Leader Trump from now on, as Kim obviously is.”

However [political parties] may now and then answer popular ends, they are likely in the course of time and things, to become potent engines, by which cunning, ambitious, and unprincipled men will be enabled to subvert the power of the people and to usurp for themselves the reins of government, destroying afterwards the very engines which have lifted them to unjust dominion.

In other words, when partisanship has played itself out to its final degradation as mindless tribalism, the only and natural next step is pure, unrestrained power, which will overwhelm even the “engines” of the party system itself in favor the power of the individual personality: the charismatic leader who attracts the immoderate tribalistic fervor to his own person, rather than to any political faction or principle as such. That, as Washington foresaw, would be the downfall of America as a constitutional republic. And so, today, it is. 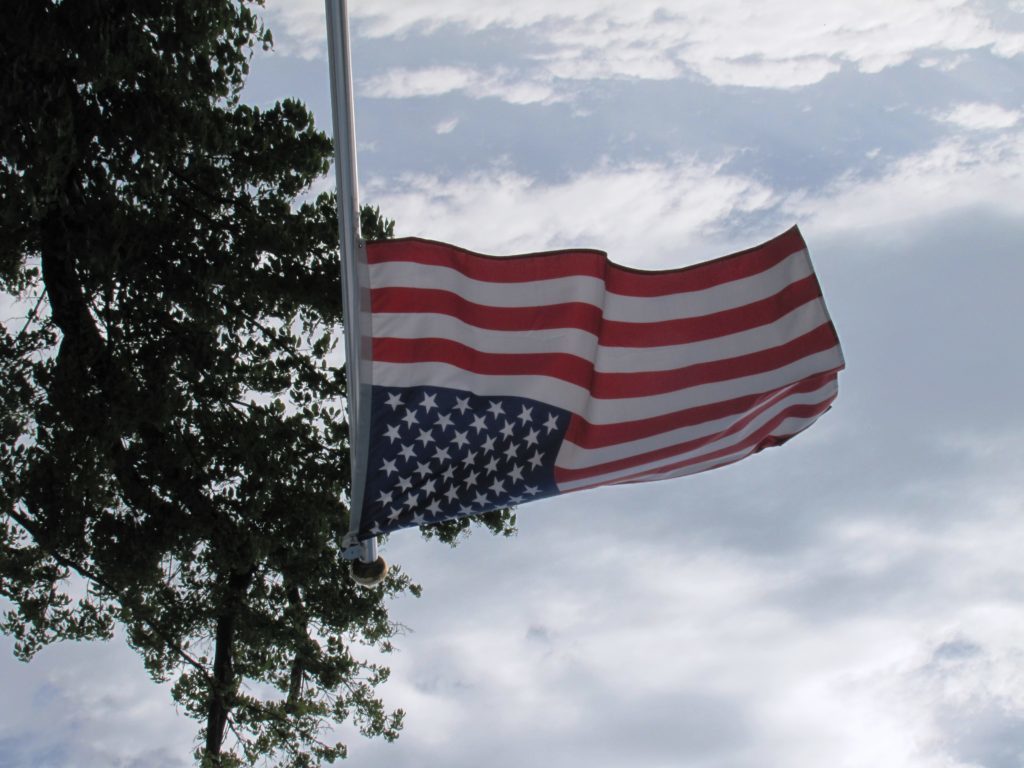