Kim Jong-un, fresh off his complete submission before the strategic, economic, and military might of…Xi Jinping, has arrived in China to “brief” Xi’s Communist Party inner circle about how he successfully manipulated the United States government into granting all of China’s wishes while somehow persuading themselves that this was a Make-America-Great-Again kind of victory.

China has been particularly pleased by Trump’s decision to suspend military drills with South Korea.

In other words, China has long proposed a form of moral equivalency argument in which “equivalency” is defined as one side, a totalitarian communist dictatorship, giving up its internationally condemned nuclear weapons program in exchange for the other side, the freest and most prosperous republics of the West and East, giving up their rights to effectively prepare to defend against aggression from the totalitarian communist dictatorship. The U.S., having strongly opposed this form of moral equivalency for years, on the reasonable grounds that it favors totalitarianism and amounts to an apologetic concession of the principle of liberty, has suddenly, under the fearless leadership of President Alpha Surrender, done an about-face — and then, in typically Trumpian style, doubled down on its weakness by claiming this abandonment of a long-term defense alliance as a great achievement and the dawn of a “new day” on the Korean Peninsula.

“But the South Korean government has embraced the cancellation of these drills,” someone objects. Yes, that’s true, although it’s hard to see how they could have done otherwise once Trump had precipitously announced his decision to pull out immediately after his “summit” with Kim, without first consulting the South Koreans at all.

For what it’s worth, however, let us assume that today’s South Korean government is completely sanguine about cancelling these military drills. At this moment, the Republic of Korea is going through an extreme leftward swing, having elected its most progressive president ever, and by a landslide, barely a year ago. Moon Jae-in’s government is completely, enthusiastically invested in the peace-at-any-price model of “negotiations,” as is evident from even a quick glance at the images of his photo opportunity “summit” with Kim at the North-South border. In other words, the current mood, in this nation highly subject to intense but windblown moods, is childishly pacifistic and fantastical regarding the magic power of progressive “sunshine” to solve the North Korea problem. Should such folly overwhelm sober American thinking about the interests of the U.S. and her allies, to the point of self-congratulations for dumping seventy years of evolving containment policy without even acknowledging that this is what one is doing, and making a sensible case for it?

During his alt-right cult-building process in the Republican primaries, Trump sometimes dropped ominous suggestions about simply disengaging from the Korean Peninsula and leaving the South Koreans (and Japanese) to fend for themselves, due to the expense and supposed “unfairness” of the defensive alliance. This, in effect, is what he is in the process of carrying out now, exploiting Moon’s leftist Pollyannaism to renege on old commitments, just as Moon is cleverly exploiting Trump’s vanity to flatter him into believing the mindless concessions he just made to two totalitarian states (North Korea and China) constitute boast-worthy evidence of his personal power and negotiating genius.

Furthermore, it is interesting that Trump and his cult are so quick to glory in the praise of the “international community” regarding the results of this summit, in light of the fact that this community’s longstanding primary source of fellow feeling is its shared hatred for the United States and desire to undermine its power and influence at every opportunity. If a group that has reviled and mocked you for years suddenly adopts a friendly and supportive attitude, you might reasonably wonder why, and more importantly whether this sudden change might have been precipitated by something you did that your erstwhile mockers see as serving their interests, rather than your own, and therefore whether their praise might indicate that they are seeing something that you are missing. And when the question is, “Is Trump missing something?” the default answer ought to be “Yes.”

For years, China’s goal for the region has been to diminish the American presence and weaken the U.S.-Korean strategic and trade partnership, in favor of establishing de facto Chinese hegemony on the peninsula, using North Korea as a placeholder, and Beijing’s sway with the North’s lunatic regime as an opportunity to play “good cop/bad cop” with the world, adopting a pseudo-moderate stance in support of “stability,” which in practice means permanent North Korean authoritarianism and permanent South Korean mollification of that authoritarianism.

Agreeing, as Kim Jong-un did in his joint promissory note with Trump, to “denuclearize the peninsula,” is — given that South Korea has not been violating any international agreements and has never attempted to develop nuclear weapons — merely a way of reducing South Korea to the status of an equally guilty party in a two-sided escalation, while ensuring that the U.S. will reduce, rather than enhance, its support for its ally. In the meantime, since nuclear weapons are essentially long-range weapons, a denuclearization agreement effectively establishes that the peninsula will indeed be nuclearized, but only at arms length, and only by one nation: China, which is the only nuclear power with assets and immediate strategic interests right there on the Korean border.

From the Reuters article cited above:

“No matter the changes in the international and regional situation, China’s party and government’s resolute position on being dedicated to consolidating and developing Sino-North Korea relations will not change,” the report cited Xi as saying. “The Chinese people’s friendship for the North Korean people will not change, and China’s support for socialist North Korea will not change,” Xi added.

The Trump-Kim summit only served to further entrench China’s support for “socialist North Korea,” by establishing the terms of U.S. disengagement, while also setting in motion the process of returning to the pre-nuke-North era of more direct Chinese Communist Party control over the terms of North-South Korean relations. Everyone in South Korea who is not a socialist, or is not going to like what the country’s recent naïve experiment with progressive government will mean in practice, stands to lose in this scenario. Everyone in the region who fears — or ought to fear — the extension of China’s influence and boldness in the coming years, stands to lose.

But what about the United States? Markets, shipping lanes, allies (such as Taiwan) to whom promises have been made, trade opportunities for American businesses, and so on, may not show immediate effects, and in this era of microscopically short-range vision, perhaps no one will understand how the changes happened when they eventually do.

Nevertheless, it is fair to ask whether the U.S. should be obliged to maintain a major military presence in South Korea indefinitely. The answer is no. All such decisions should be made — and when appropriate, reconsidered — based on a variety of conditions and changing circumstances, as well as on sensible principles regarding what constitutes America’s long-term national interests. But effectively putting on a reality TV show to announce to the world that the U.S. is gradually turning the whole issue over to China, to be settled according to China’s preferences, is surely not the correct way to establish a new, less engaged position, if that is indeed the Trump administration’s goal. (If, that is, we are to pretend, for the entertainment value and for our collective sanity, that the Trump administration has goals, beyond the gratification of a megalomaniacal simpleton’s vanity.) 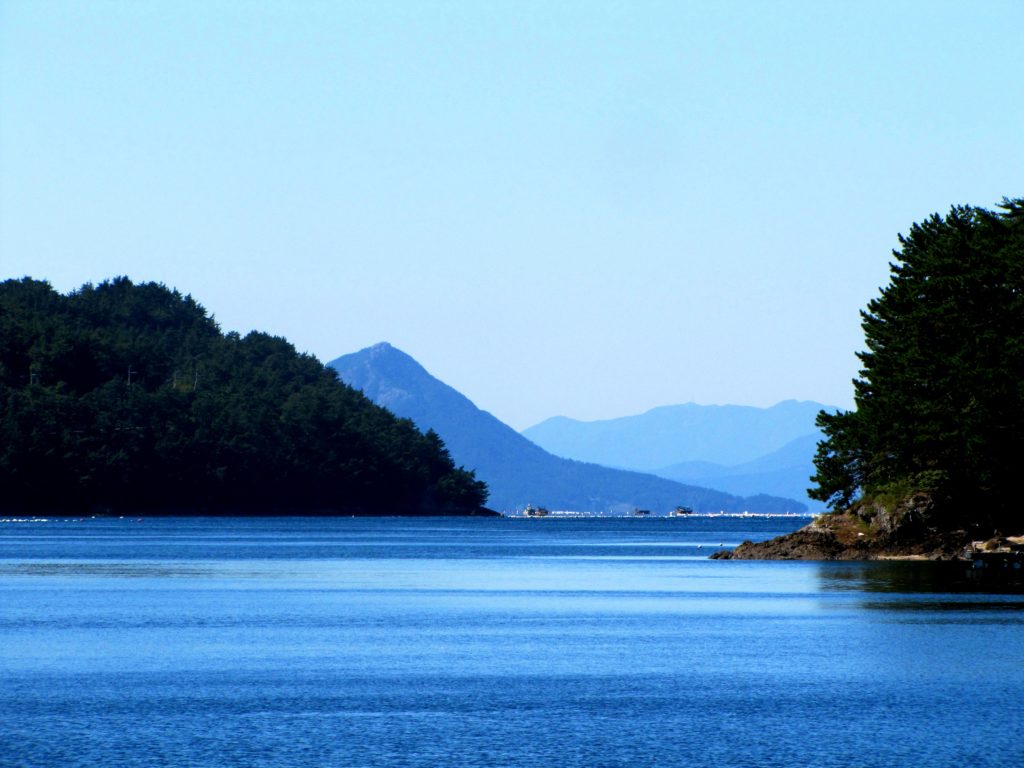