Shocker: Trump Meant What He Said (Before 2016) 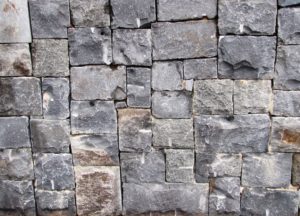 Trump is committed to an immigration “bill of love” for the Dreamers, which is supposedly also going to include funding for his infamous wall. And what does this “deal” teach us? That Trump is not using DACA to get the wall. He is using the wall to get DACA. He has been all along. His tough guy anti-immigrant ruse during the primaries was 100% bullcrap to win the hearts and ever-shrinking minds of his cultists, contradicting everything he had ever said before the primaries about illegal immigrants, amnesty, the heartlessness of Republicans, etc.

For all who may have forgotten Trump’s “real” (i.e., self-serving) position on all this up to the moment in late 2015 when he realized he could win a weak-minded plurality of Middle Americans by talking tough and masking his “New York Values,” I refer you to this RedState article from just before the Iowa caucus, by Streiff. Streiff, amusingly, has since become RedState’s leading Trump sycophant, a great example of how the combined attractions of cultish fellow-feeling and career opportunism have killed the so-called “conservative commentariat.” (And yes, I’ve seen it happen to personal acquaintances in the field, to my disgust and dismay.)

Note to cultists: Not to fear, your leaders in the alleged-conservative media will concoct a brilliant explanation of how Trump’s pro-DACA position — not to mention his exciting new proposal to win Democratic support for an immigration bill by promising everyone tons of pork — is just part of his ingenious plan to get Mexico to pay for the wall, as part of his deal to renegotiate NAFTA, which will give him leverage with China, contain North Korea, bring peace to the Middle East, end starvation in Africa, bring America to permanent 103% employment, evaporate the national debt, and make Trump Steaks delicious again, all before the 2018 midterms.

I’m sure Rush has his whole team working out the script as we speak.