Throughout the latter portion of the Republican primaries, during the presidential campaign, and even more intensely since the election, Trump supporters have relied on the smear “Trump Derangement Syndrome” as a catch-all reply to any criticism or question regarding Trump’s words, actions, or mental acuity. I myself have been accused of being a TDS sufferer often, by all the best cultists. But even the dumbest mantra, if repeated often enough, may begin to sound plausible to rational listeners caught up in the rhetorical winds of the moment. Thus, recently a few eminently sane readers have asked me whether my vehemence in rejecting Trump, “despite all the achievements of his first year,” might indicate that I have indeed succumbed to this dreaded disease.

I do not answer the accusations of cultists; but for the sake of those among my spiritual allies, friends, and regular readers who might be wondering whether I’ve begun to display symptoms of TDS, I offer the following reply.

Over the past few days, we’ve had the spectacle of a psychiatrist from Yale violating her profession’s ethics rules by commenting publicly on the mental health of a public figure she has never met. It is important to note, however, that the reason her behavior is unethical is not because what she is saying is necessarily wrong in itself, but because, due to her professional qualifications, her words have the aura of a clinical diagnosis (the sort that becomes part of a man’s official health records), which, given that she has never really assessed him personally, violates the principles of her field.

Trump supporters are blowing up the internet attacking this woman’s credibility and legitimacy, not merely as a clinician, but (as Trumpsters are wont to do) as a human being. I assume she’s a lefty Hillary supporter who sees an opportunity to make a name for herself. But that in itself does not disprove her “diagnosis” of Trump. It could be correct, given that Trump is on public display enough to allow any semi-reasonable person to form a relatively informed judgment about his moral character, his intellectual development, and his emotional stability. My own judgments of Trump on all three of those topics would probably be more or less in line with the Yale lady’s, leaving aside her speculative extensions about “what he might do.” (I knew what Obama “might do,” and I know what he actually did, and I know the United States of America is materially and spiritually worse off for what he did — but I don’t remember hearing this professor declaring him mentally unfit for the Oval Office, even after witnessing the tangible results.)

On the other hand, those same Trump supporters attacking this professor’s politically motivated diagnosis cannot seem to pass a day without accusing thousands or millions of people they have never met, or even heard, of being sufferers of something called Trump Derangement Syndrome, which they classify as a mental illness. Take a quick gander through the headlines and teasers of almost any “conservative website” you please today, to see how ubiquitous the notion has become.

These Trump supporters are not professional psychologists or psychiatrists, so their judgments are not violating any professional code of ethics, as they do not have the implicit weight of a real diagnosis. But that difference aside, they are doing the very same thing that they are attacking the Yale professor for having done — except for this one salient difference: Trump Derangement Syndrome does not exist.

Unlike, for example, narcissism and sociopathy, which are long-established terms describing specific and fairly well-defined mental illnesses (clearly exemplified by Barack Obama and Bill/Hillary Clinton, respectively), TDS is a completely fabricated rhetorical trope, having no basis in reality, psychological theory, or common sense. In practice, the accusation of TDS is merely an alternative method of accusing a person of not approving of Trump, as though such disapproval were intrinsically indicative of an illness. Furthermore, the TDS label, as applied to Trump’s opponents and critics, is yet another way the cult has found of aggrandizing their hero, since only a truly world-historical figure can have a “syndrome” defined by reference to his outsized stature — Christ complex, Napoleon complex, etc.

The accusation of TDS, used liberally to encompass literally everyone who ever disagrees with or criticizes Trump in any way whatsoever, regardless of the critic’s political preferences or arguments, is a classic echo chamber mantra, similar to “the wall,” that the cult uses to reinforce its own cultish adulation of “Daddy” by imagining he is big enough, powerful enough, ingenious enough, to foster in other men a mental illness defined simply as the inability to accept Trump.

TDS is also, at least as interestingly, a textbook example of projection. In fact, the first time I saw the expression in print, I innocently assumed it was a description of the Trump diehard, not the Trump critic, and was genuinely surprised to find out otherwise. For the real “Trump derangement” is that of the cultist who, having been sucked into the vortex surrounding this absurdly hollow persona, needs to defend his own ego by accusing everyone who didn’t get sucked into that vortex of being crazy. Nope, sorry — we’re not the crazy ones.

The genuine irrationality here is on the side of the Trump true believer who says, “He’s doing everything right. Everything he does is part of a perfect, ingenious grand design. He is singlehandedly saving our country. His first year in office is the greatest first year in the history of offices. His Twitter rants are all part of a master plan to offset the media and advance his brilliant MAGA agenda. He is protecting us. He is draining the swamp. He is stronger than The Enemy. We are safer and happier because of Him.” The weird thing is that none of those examples are even slight exaggerations of statements I have heard and read often from actual Trump supporters in prominent “conservative” forums. And yet we’re supposed to believe the opponents of Trump are the ones suffering from “Trump derangement.”

A final point. I mentioned earlier that one of the benefits of the TDS label, from the Trump supporters’ perspective, is that it aggrandizes Trump, thus reinforcing their cultish devotion by implying that he is so impressive a figure as to be able to literally drive men insane merely by being his own inimitable self. An essential element of this belief is the frequent claim or implied claim that no Republican president has ever been so harshly and hysterically opposed by the Left. Oh, really? Do any of those making such claims remember the Left’s Satanic depiction of George W. Bush, the assassination fantasy movies and plays, the “Bush-Cheney planned 9/11” insanity (which Trump actively tried to revive during the 2016 primaries, by the way), and so on? Do any of them remember the Left’s nuclear apocalypse warnings about Ronald Reagan (such as The Day After), and their continuous attacks on his basic intelligence and sanity? (Trump called Reagan a conman in Art of the Deal.)

There is nothing new or surprising about the media’s or academia’s position on Trump. It has been the Left’s consistent position on every influential Republican, and certainly every Republican president. Have the cultists never heard of the supposed generation-defining criminality of Richard Nixon? Do they have no recollection of the “buffoonish idiot” Gerald Ford? For that matter, do they not know that the reason the Yale psychiatrist’s diagnosis of Trump is considered professionally unethical is that it violates Section 7 of the American Psychiatric Association’s Principles of Medical Ethics, commonly known as the “Goldwater rule”? Every Republican president or presidential candidate since at least Barry Goldwater has been widely accused by the Left of being a madman bent on blowing up the world and ending life as we know it. Trump is nothing special in this regard.

This “Most Hated Republican Ever” shtick is just another convenient technique for avoiding the need to explain the real anomaly of Trump’s public reputation. For the only thing new about the widespread opposition to this particular Republican president is the significant portion of it coming from people with proven track records of being principled conservatives — that small faction, which also gets tarred with the “NeverTrump” label, who refused to sell their souls to the GOP establishment’s kabuki theatre this time around. The sober adults who said, in effect, “No, I’ll hold my nose for a lot of crap, but I draw the line at a megalomaniacal infant with the political principles and moral character of a rabid rhinoceros — aka a mentally unstable RINO.”

Here is where even some non-fans of Trump have begun to feel the urge to jump in with, “But don’t you like some of what he has done in his first year?”

That objection is so off the mark that it almost qualifies as a non sequitur. Trump has benefitted from entering the Oval Office with the lowest expectations in the history of the presidency. And he also entered it totally unprepared and unqualified for the job, and knowing it. During the primaries, I described him as the court jester who would be king, and predicted that if he actually won, he would quickly turn to the old guard establishment for guidance, effectively handing the reins to them as a means of saving himself from the humiliation of complete ignorance. And this, in effect, is exactly what has happened.

So to those who insist it is “deranged” to continue to regard Trump as inadequate and unfit even though he has “done some good things,” I ask you: Do you think Mitch McConnell is a good and honorable man, a true constitutional conservative, and well-suited to high office in the United States government? I agree. And yet if McConnell, rather than Trump, had won the presidency against Hillary Clinton, would you probably approve of some of what he did during his first year? So would I. But would that mean you would have to reassess McConnell as essentially a good man, a successful president, and a sincere conservative?

If that question seems too hypothetical for you, I can make it more concrete — because you have, in essence, just witnessed the first year of Mitch McConnell’s presidency. A few agreeably conservative moves, a few superficially (i.e., illusorily) conservative “optics” moves, a few big compromises with the progressive Democrats, and lots of missed opportunities to assert and restore genuine constitutional principles. On top of that Mitch McConnell-ish year, add an unhealthy dollop of tone-destroying vulgarity, random acts of narcissistic stupidity, the continual threat of precipitous insanity spewing from a presidential psyche with the emotional stability of an insecure twelve year-old girl, and a cult that would destroy anything in its path, including a nation, in its quest to defend and vindicate its child-god.

If I am “deranged” for not approving of that, then I am quite comfortable granting that I have no truck with sanity. Others are free to follow the path that seems best to them. I will follow mine. 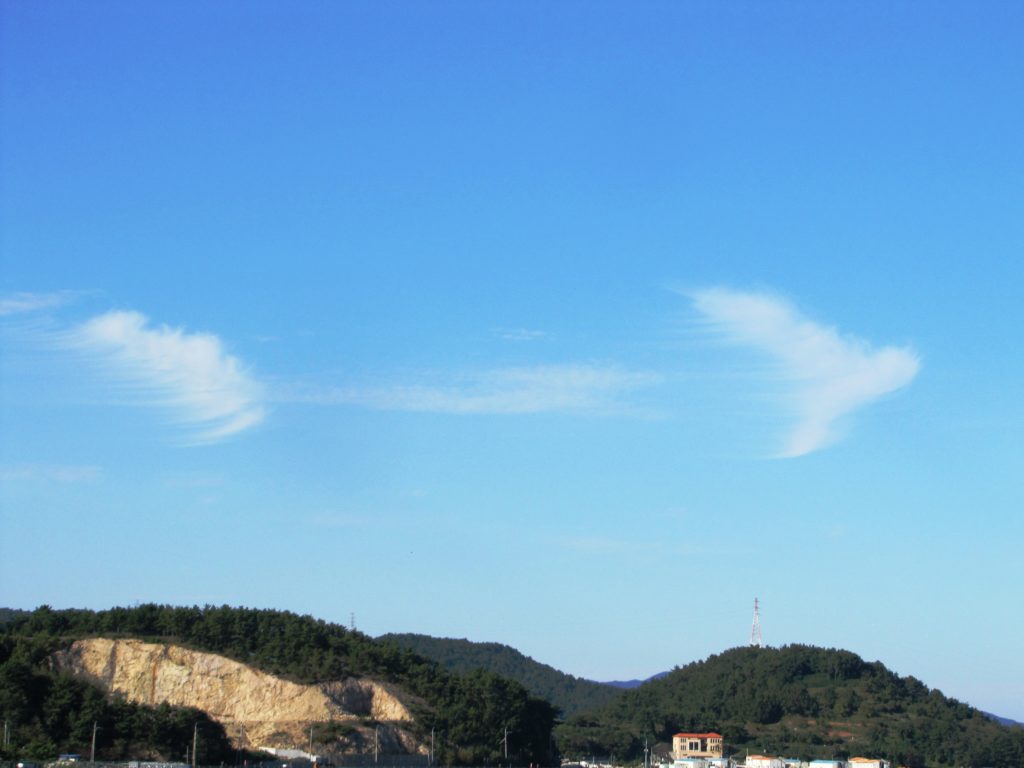