What a wonderful year 2016 has turned out to be for the United States of America! Finally, after decades of near misses, she has at last hit the electoral bull’s eye, achieving the statistical near-impossibility of staging a presidential election battle between the two least qualified people in the entire country.

Remember that strange old New World nation once thought to be the political culmination of the modern philosophical idea, that nutty land with its bygone “Constitution” and its so-called “rule of law”? Remember “Give me liberty or give me death”? Remember “inalienable rights,” “equality before the law,” “private property,” “We hold these truths to be self-evident,” and the rest of those peculiar notions to which every other civilized country on earth was forced to pay lip service, due to the fact that all their citizens were packing their bags for a scurvy-ridden boat ride to the one nation that actually tried to put those modern ideas into practice? Remember that Brigadoon-like idea of a nation?

“Where did it go?” you ask. There is a theory that it got lost in the Andromedan ceremonial headdress Donald Trump uses as hair. Personally, I think that’s too easy. For one thing, according to the old-timers, the original America was much bigger than that—though that may just be an example of the way men tend to idealize their youth, and her current form certainly belies all those legends of a once-large nation. In any case, one indication of her current size is that when it comes time to choose a new leader, today’s America—America 0.5 if you will—follows a procedure similar to its old electoral system, but with a few important diminutions.

The two major parties begin with a nomination process they call “the primaries,” quaintly retaining the traditional nomenclature. And as one would expect, the next president is selected from the winners of this process. Step one of the primaries involves each party searching for barrels. High and low, near and far, the parties spare no effort to gather the biggest barrels they can find. As you can imagine, this step is very competitive, as the two parties are searching for the biggest barrel in America, and there may only be one of those, so they must search quickly and diligently in order to find their prize before the opposing party claims it. The prize barrel, to be precise, must be as deep as can be, for the participants in this search believe that a good president can only come from the bottom of a barrel; hence, by a certain logic, the deeper the barrel the more suitable the candidate.

Once they’ve collected the biggest barrels they can find, the next step begins, referred to, again using the old vernacular, as “choosing a nominee.” Each party sets about measuring its barrels to determine which one is the very deepest. Then the party elders—for this step must be handled personally by the experts, and never left to amateurs—are lowered down into the deepest barrel their party could find, all the way down to the very bottom. Once down there, the elders, in a ceremony they call “the convention,” place the thin edge of a wedge right down on the floor of the barrel, as close to the center as possible, and scrape as hard as they can, in one long, graceful stroke. The elders then examine the edge of the wedge to see what they have dredged up, and this substance, whatever it is, scraped from the very bottom of the very deepest barrel, is officially declared that party’s presidential nominee.

This year, both parties were exceptionally diligent in the all-important initial step of searching for deep barrels—their barrels appear to have been of almost identical size, and coincidentally to have been found in the same godforsaken warehouse, somewhere on the vanguard of progress—so the results of the final scraping have turned up two totally extraordinary individuals. With Hillary Clinton and Donald Trump, the parties have guaranteed that the next president of America 0.5 will be as historic as her current one. For she is about to elect her first president without a single redeeming quality, however superficial.

No, in case you’re wondering, I haven’t forgotten His Dhimmi Royal Highness (hat tip: Eric Idle). Remember, I’m counting even superficial redeeming qualities, and there is no denying that Chief Sitting BS has a reasonably mellifluous speaking voice when he’s on teleprompter, whereas Trump, with or without script, sounds like a drunken Janet Napolitano; and, as David Brooks so breathlessly noted, the current POTUS wears pants very well, whereas Mrs. Clinton, shall we say, doesn’t.

Of course, every great innovation has its resisters. Likewise, this year’s primary process, having turned up dregs of historic proportions, has produced an equally historic counterargument, namely a substantial group of Republican grassroots voters—long referred to by the party elders as “those suckers who will finally vote for anyone we put up there with an R next to his name”—who have declared themselves “NeverTrump.” That is to say, they refuse to play the game anymore, and will not allow the elders to saddle them with the guilt of “allowing Hillary to win.”

These grassroots Republicans, constitutional conservatives, traditional Americans, call them what you will, have concluded that they are not the ones “allowing Hillary to win.” They are the ones who wanted to defeat Hillary—not merely to defeat her name on the ballot, but actually to defeat her, meaning everything she stands for. The Republican Party elders thwarted that desire by choosing as their nominee the only registered Republican in the entire United States who has proudly and repeatedly called Hillary and her husband his friends, generously funded their political mission, and publicly praised Hillary’s performance as Secretary of State.

It was the GOP elders who selected as their nominee the only man in the primary process who has defended the principle and practice of socialized medicine, not just in the past, but during the primary campaign itself.

It was the elders who chose the only candidate on record praising Barack Obama, proposing to nationalize the banks, funding Democrat campaigns, and heavily supporting GOP establishment efforts to undermine and destroy the Tea Party constitutionalist movement in favor of the progressive status quo.

They chose him, he’s their candidate, and the result of their choice will sit on their heads, not on the heads of conscientious people—most of whom would have knuckled under and voted for any other Republican candidate in the field, however unenthusiastically—who simply cannot face the indignity of voting for a lying, narcissistic, morally-decayed, knee-jerk progressive sociopath who has sought to belittle and undercut everything they believe in. And the elders ought to be careful what they wish for, because if the NeverTrumpers were willing to vote for someone like that, then they might just as likely vote for Clinton as for Trump.

But they aren’t, and they won’t. Bottom-of-the-barrel politics has finally exhausted the patience of the constitutionalist movement. Of course, some of that movement’s members, beaten and manipulated by the process, will probably heed the call of compromise one more time, and, telling themselves Trump is merely a dumb Romney rather than something much worse, will hold their noses and vote for him. The ones who can’t stand being used anymore are officially off the GOP establishment gravy train. It never offered them any healthy nourishment anyway, and these days its thin gruel is flavored with a generous helping of Hillary-lite, aka Orange McConnell. With such a menu, who can blame a person for preferring to go hungry?

Thus, while most of today’s America, America 0.5, plays civilizational tiddlywinks while watching its prime time political monster movie, “Mother of Benghazi vs. The Gong Show,” a principled minority is turning off the TV and abstaining. That minority refuses to accept the false dichotomy, or to believe their citizenship has been reduced to such meaninglessness. In declaring themselves NeverTrump, they are not, as their critics would have it, implicitly declaring themselves pro-Hillary. On the contrary, for these happy few, the conscientious objectors, NeverTrump equals NeverHillary, and vice versa. They are staging a shadow election in their souls, where the choice is not which option to support, but which option to disavow most strongly.

To the uninitiated, this may look like contemplating how many angels can fit on the head of a pin—and maybe, in some ways, it is similar. At any rate, these good people have decided, bravely, that chasing angels beats following pinheads. Godspeed, patriots. 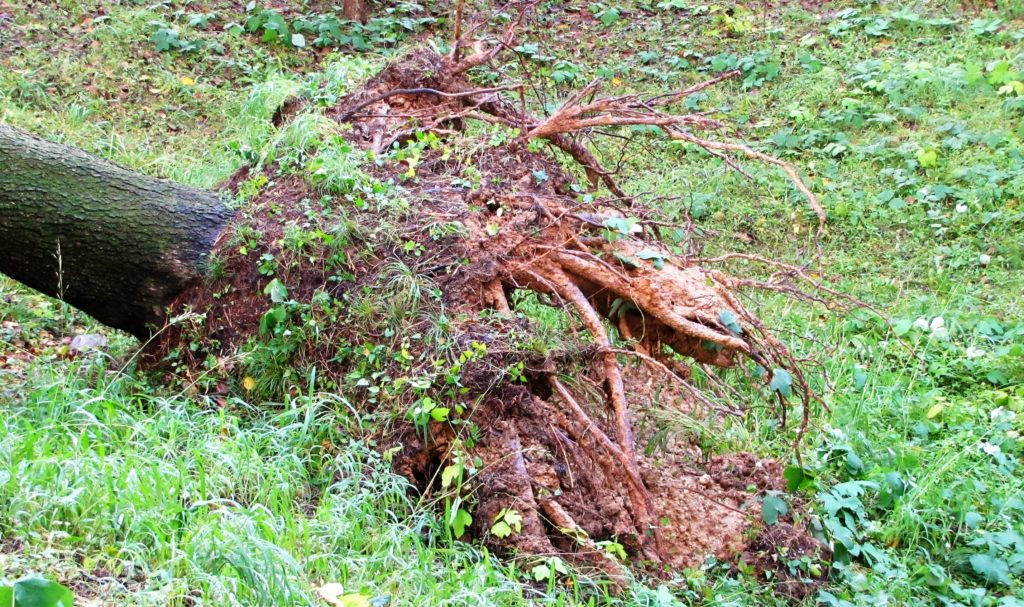 2016: America dug up by its roots at last — a process also known, fittingly, as grubbing