Is Trump a McConnell-Rove Establishment Tool?

On January 19, Donald Trump, the loudest Republican claimant to the anti-establishment label, filled out his recent attacks on Ted Cruz in a very telling way, as revealed on Mark Levin’s radio program that evening:

Who might these “real,” “serious” establishment types be? Perhaps there is a hint in this subsequent comment, a follow-up to his recent pro-establishment assault against Ted Cruz:

So when you talk about temperament, Ted has got a rough temperament, I don’t know. You know, you can’t call people liars on the Senate floor, when they’re your leader.

This, of course, is a direct reference to Cruz’s criticism of Mitch McConnell regarding the GOP establishment leader’s secret deal with Barack Obama prior to a trade vote.

Donald Trump defending Mitch McConnell, you ask? The answer is yes, and the explanation may be found by examining Trump’s recent history as a political donor. 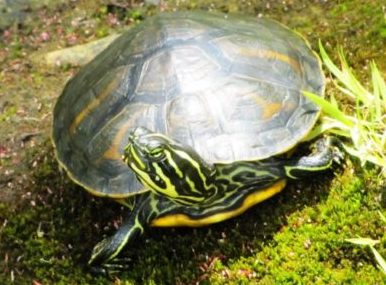 Back in early 2013, Tea Party conservatives, fed up with McConnell’s feckless (to be generous) Senate leadership, his semi-tough talk that never seems to match his legislative decisions and results, and his relentless suppression of the conservative minority in the Senate, sought to supplant this establishmentarian’s establishmentarian by supporting a conservative rival in the 2014 Kentucky primary.

In response to this challenge, a super PAC called “Kentuckians for Strong Leadership” was formed to raise funds for McConnell’s scorched earth campaign against not only his own Tea Party rival, but the whole Tea Party movement. I put the group’s name in scare quotes because, of its fifty-eight major donors—those who had given $1000 or more as of May 15, 2014—the Louisville Courier-Journal identified only five with Kentucky addresses. “Kentuckians for Strong Leadership” was in fact, as Tony Lee reported at Breitbart at the time, a re-branding of Karl Rove’s American Crossroads, an organization expressly dedicated to destroying the constitutionalist movement in favor of the old guard GOP establishment.

The big donors to Mitch McConnell’s anti-Tea Party defense fund gave amounts ranging from $1000 to $250,000. In the upper half of this donor list appears one Donald J. Trump, who gave $50,000 to the group. Five days earlier, he had already donated a few thousand dollars to McConnell’s campaign directly. This total donation is far and away the largest contribution Trump has ever made to any individual Washington politician’s campaign—at least ten times larger than any other contribution he has made to a national Republican candidate. Indeed, one has to cross over to the Democrat side of his donor history to find anything comparable to this contribution at any level of government. That would be his $50,000 donation to Rahm Emanuel’s mayoral campaign in December 2010.

Mitch McConnell has been perhaps the single most prominent leader—certainly the most powerful—in the Republican Party’s long-standing effort to “crush” (McConnell’s word) the grassroots constitutional conservative movement that threatens the privileged status of the Washington Brahmin caste, aka the American political establishment.

In 2014, the Tea Party had the temerity to challenge McConnell directly on his own home turf. He did indeed crush them there, as he would happily crush them in the Senate. His effort to annihilate the constitutionalist resistance was funded heavily by a nationwide group of donors affiliated with Karl Rove, who presumably shared McConnell’s and Rove’s desire to defend the establishment against the belligerent serfs who were daring to assert their liberty against its permanent privilege.

Donald Trump was a major donor to that effort. He even threw another $10,000 into the pot in October 2014, to bring his total contribution to McConnell to more than $60,000.

Now he is attacking his primary rival, Ted Cruz, on the grounds that “Nobody in Congress likes him,” and, more specifically, that “you can’t call people liars on the Senate floor, when they’re your leader.”

Donald Trump is no longer making a generic accusation against Cruz’s demeanor or reputation. He is slapping him on behalf of the Republican he has supported most generously, Mitch McConnell. I have previously argued that Trump’s reputation as anti-establishment is all hot air, corresponding to nothing he has ever really done. Here we have just one more clear example of that.

A conservative blogger friend recently suggested to me privately that he is not ready to reject outright the possibility that Trump is actually the establishment’s clever creation—that, after years of deepening threats from an increasingly serious constitutionalist faction within the GOP, the progressive Republicans may have surmised that the best path to victory is, as my friend puts it, to “run against themselves.”

Whether strategic or merely fortuitous, the alliance between Donald Trump and the GOP establishment, which has lurked verifiably behind Trump’s brash mask for years, has now become an open feature of his primary campaign. And the chief target, Enemy Number One, of both parties in this alliance is Ted Cruz. Cruz is “nasty” and “nobody likes him,” as Trump says, because he is brazenly defiant toward the GOP establishment’s leaders.