How Kim Jong-un Was Conditioned for His Current Boldness

Is Kim Jong-un’s level of rhetoric indicative of madness or a death wish? Though it is impossible to know the mind of such a protected figure, I would argue that his behavior is merely the reasonable result of lessons he has learned from past responses to his and his father’s aggression, which makes the current situation far more complicated than it needed to be.

Part of the problem is that the world is still treating Kim as a man who is pushing his luck on bluffing and provocation. The truth is, the North Korean regime, including Jong-un’s iteration of it, has been far beyond the bluffing and provocation stage for many years, but has breached that line so many times with impunity that they now feel almost impervious to retaliation.

Over the years, they have fired missiles directly over Japan. They have shelled an inhabited South Korean island, killing several people. They have torpedoed a South Korean navy ship, killing 46 seamen. In each case, apart from a brief exchange of fire when Yeonpyeong Island was attacked in 2010, the response from South Korea, Japan, and the U.S. has been little more than stern rhetoric and dire warnings, rather than serious military retaliation to demonstrate that under no circumstances will lethal attacks and overt violations of sovereign territory be treated as mere “provocations” or “escalations of tension.” These allies have never taken decisive action to show the Dear Leaders Kim that an attack is an attack, and will be dealt with as such.

The result is what we see now. Kim Jong-un has been conditioned by past leniency — by always getting away with it — to regard his current behavior as safely within the bounds of flexing his muscles for his indoctrinated people, or of begging for attention from the North’s stoic older brother, China.

He’s acting like those idiots who get out of their cars at safari parks and dance around to tease the lions, imagining that those lions are so lazy and drugged up they could never really spring into action.

Or like a kid who shoots his mouth off in the schoolyard because he always assumes his older brother is nearby, ready to defend him against anyone who might try to shut him up.

However, he feels so sure of himself partly because these particular lions have never shown any serious signs of life before, and also because his older brother always has been standing nearby up to now.

What about this time? President Trump has somewhat carelessly moved his own “red line,” now claiming that even an uttered threat from Kim will be met with military action. But such utterances are Kim’s whole game, and everyone knows it. This either paints Trump into a corner in which he must now pull the trigger merely to avoid handing Kim yet another psychological and optics victory — “Once again, they backed down in fear of our dear leader” — or else it tips Trump’s hand unnecessarily by revealing that a first strike is already planned. In either case, it was a sloppy move, it seems to me, and unhelpful, as it actually complicates the situation by effectively sweeping a lot of useful uncertainty and strategic options off the table.

If you want to interrupt Kim’s breakfast, then do it — don’t suggestively ask, “Hey, Jong-un, what are you planning for breakfast tomorrow?”

And if you intend to do it, then take a long, hard look in the mirror and make sure your soul is prepared, and that your allies are prepared, for South Korean and possibly Japanese civilians to pay a terrible price — and for Older Brother to get involved. You didn’t expect him to get involved back in 1950. To belittle that possibility this time would be the heights of folly.

Whatever the Chinese say now, they will intervene at some point, as the DPRK is a geographical buffer against South Korean democracy that they will not willingly relinquish. They don’t care about the Kim dynasty itself, but they do care about the territory and ideology. And they should be expected to defend these as they deem necessary. Anyone wishing to take action against North Korea must be prepared to deal with that eventuality, given the tendency of military engagements to spray off in unanticipated directions.

So Kim Jong-un may be somewhat delusional, but his delusions are born of historical precedent.

His enemies have shown absurd levels of forbearance in the face of outright aggression from his nation before, in effect responding to artillery fire as though it were only fiery rhetoric. They have emboldened him like adults whose response to a child’s repeated violent outbursts is merely to say, “Now cut that out!” The lions have been consistently sleepy up to now.

And China really has played phoney arbiter in the DPRK’s defense for ages, claiming, for example, that they would join the world in condemning their satellite state if evidence were to prove them responsible for sinking the ROK navy ship in 2010 — but then conveniently rejecting the rest of the world’s evidence as inconclusive.

The Chinese now claim they will not intervene in North Korea’s defense if the latter initiates a war with the U.S. But, given their history, one would be wise to assume they would simply deny the North’s culpability in almost any case — a denial that would necessarily imply that the U.S. was the instigator, a condition in which the Chinese have suggested they would intervene in Kim’s defense. In other words, barring an extreme act of carelessness by the Kim regime, it is almost certain that China will intervene on their behalf. The Older Brother is nearby, as usual.

Thus, there are no neat and clean military options here, and anyone who fantasizes that there are is still playing Cowboys and Indians in his imagination. This does not mean a military solution may not be required at some point. But the men who would choose and undertake that solution would have to be men of great moral gravity, nerves of steel, and principled statesmanship, à la Churchill or Reagan, who understand the full significance of what they may be leading the world into, are prepared in their souls to accept full responsibility for it, and are able to make the principled case to their citizens and allies for taking such an enormous risk.

(This article originally appeared — under a slightly different title — at American Thinker.) 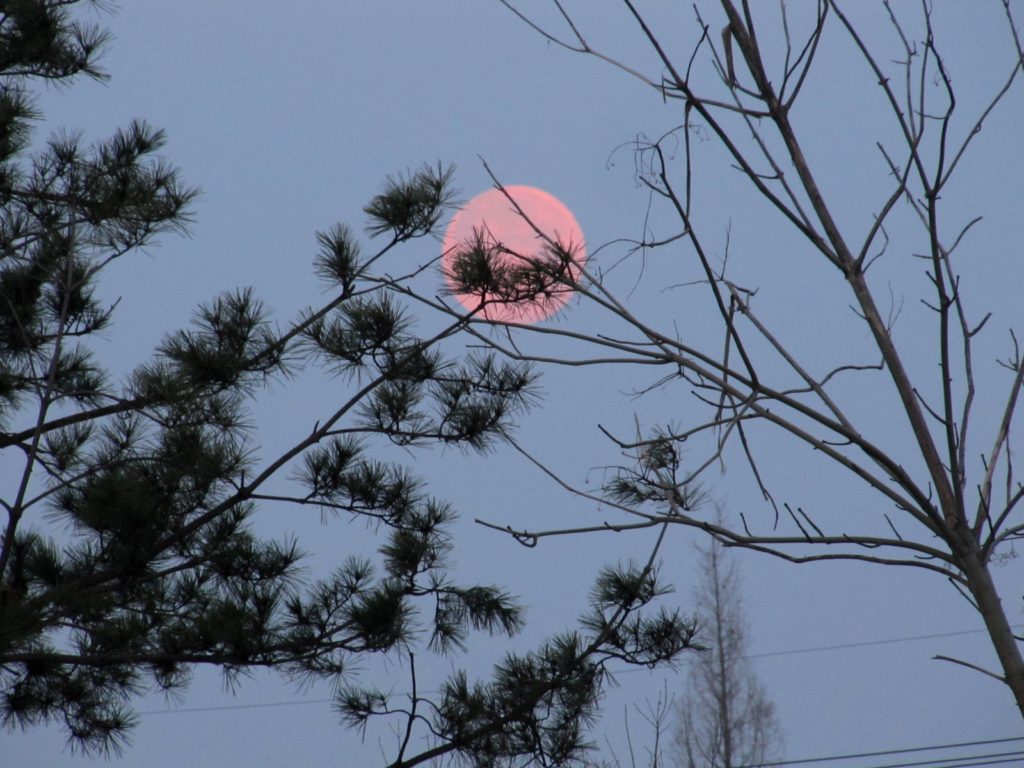