Getting Fat on Trump-Russia “Nothing-burgers” 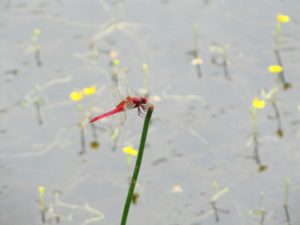 For months, various pseudo-conservative voices, and even a few genuine conservatives, have been leaping to microphones everywhere to declare — like a child who covers his ears and shouts “lalalalalalalala” — that all talk of inappropriate Russian connections within the Trump campaign, family, and associates, is a “nothing-burger.” The mere fact that so many of them have literally used this same hideously cacophonous, meaningless expression is indicative of the anxiety they apparently feel about the need to drown out the facts.

“What facts?” they’ll shout at this point. “It’s a nothing-burger! And anyway, by raising this nothing-burger, you are admitting that you would have preferred Hillary!”

This is The “Muddy-The-Issue-With-The-False-Dichotomy-of-a-Binary-Election-Choice” Canard, an old standby, not coincidentally, of both the Trump cult and the Republican Party establishment. (Two peas in a pod, as I’ve argued many times, and will demonstrate again here tomorrow, which is to say Thursday, July 13th.)

Fine, then, let’s follow the cultists in dismissing every awkward fact, and the cumulative effect of these facts, as a nothing-burger. In truth, I’m in no way committed to the “Russian collusion” interpretation of events. There is always another way to explain fishy-looking things, and I’m well aware that even innocent behavior may be framed and presented in such a manner as to create unwarranted suspicions of the worst kind. Just to show how open-minded I am, then, I shall propose a few “binary choices” of my own — alternative readings of the Trump-Russia association — so that the reader, without giving up his reason, will be free to choose a plausible interpretation that in no way incriminates Trump or his closest associates in deliberate wrongdoing.

Choose your preferred interpretation of these undeniable facts:

Why did Donald Trump Jr. accept an invitation to discuss dirt on Hillary Clinton, pitched to him as coming from Russian government officials, during the election campaign? Is it because the Trump team was systematically colluding with the Kremlin, or because Junior, a major player in his father’s campaign, was too stupid to see how dangerous, not to mention ethically messy, this might be?

Why did Donald Trump himself, throughout and after his campaign, avoid criticizing Putin or citing Russia as a security concern, but instead pussyfoot around the topic, and even praise Putin personally? Is it because the Trump team was systematically colluding with the Kremlin, or because Trump was so awestruck by Putin’s He-Man authoritarianism that he sincerely believed the KGB officer and journalist-killer might be an admirable man and an emulable leader?

Why did Trump, halfway through the primaries, hire Paul Manafort, a man with questionable Russian associations, as his campaign manager? Is it because the Trump team was systematically colluding with the Kremlin, or because they were too stupid to do background checks on high-ranking new employees?

Why did Russian internet “trolls” fan out through “conservative” websites during the GOP primaries and the presidential election defending Trump and ruthlessly and repetitively attacking and smearing anyone who criticized or opposed him? Is it because the Trump team was systematically colluding with the Kremlin, or because a few rogue Russian muckrakers with connections to the Kremlin decided to take matters into their own hands and beef up the support optics and numbers for Trump?

Why did Trump nominate Mike Flynn, a man with questionable ties to Russia’s government and its English propaganda apparatus, Russia Today, not to mention a paid speaking gig for the top Russian cybersecurity firm, as National Security Advisor? Is it because the Trump team was systematically colluding with the Kremlin, or because, in spite of several previous charges of inappropriate Russian connections within his campaign, Trump was too incompetent to make sure any future appointees were vetted for precisely that problem before being announced and promoted?

Why did the Trump campaign, and even at times Trump himself, seem to give so much faith and credence to Alex Jones’ Infowars website and radio program, when Jones, though full of conspiracy theories implicating the U.S. government in every kind of subversion, has been an unabashed defender and supporter of Putin and ally of Putin’s English propaganda operation, Russia Today? Is it because the Trump team was systematically colluding with the Kremlin, or because Alex Jones operates at roughly the intellectual level that Trump can understand, and has followers who are dumb enough to be easily manipulated, as one would have to be to continue supporting Trump as his cult members have done?

Why did Donald Trump say, after his meeting with Putin at the G20, that he had discussed creating a joint cyber security unit, only to deny that he thought such a unit could actually be formed after everyone pointed out how insane such an idea was? Is it because the Trump team is systematically colluding with the Kremlin, or because Trump is the most clueless elected leader in the history of representative democracy?

For me, the answer to each of those “binary choices” is still up in the air. Though I tend to favor the second option in each case, I would be perfectly comfortable and unsurprised to find either option true.