Warmed Over, or When Donald Trump is Too Clever for You…

Joseph Conrad said that “women, children, and revolutionaries hate irony, which is the negation of all saving instincts, of all faith, of all devotion, of all actions.” To challenge Conrad’s broad judgment of women and children (“Wasn’t the juvenile Jane Austen a most clever ironist?”) is perhaps to prove his point: One mark of a “true believer” is his inability to take a joke that touches down close to his cherished dogma.

The true believer’s “truths” are not those of reason (and therefore open to challenge and doubt), but rather unreasoned matters of faith to be clung to desperately and/or driven down others’ throats. Hence, any mention of the articles of faith, in any context, must be couched in earnest and reverent tones. No lightheartedness or indirection shall be permitted in this sacred place.

The pseudoscience of progressive tyranny, i.e., neo-Marxist totalitarianism, is late modernity’s definitive case of untouchable dogma, and therefore progressives themselves are the definitive “women, children, and revolutionaries” of our age — hateful, murderously hateful, of any ironic diminution of their absolute certainties. And for the past twenty years, the chief scientific face of this pseudoscience has been the settled religion of global warming-cooling-climate change-whatever.

Thus it was that Donald Trump, a wit of a somewhat lower calibre than Benjamin Disraeli, was able to get the scientific totalitarians’ collective goat this week, with this playful tweet:

In the East, it could be the COLDEST New Year’s Eve on record. Perhaps we could use a little bit of that good old Global Warming that our Country, but not other countries, was going to pay TRILLIONS OF DOLLARS to protect against. Bundle up!

To which, right on idiotic cue, Press Association, a British media lapdog of the global progressive elite, leapt in with an irony-annihilating concatenation of earnest experts spouting PC-speak under the Woody Allenesque title, “Everything that’s wrong with Donald Trump’s latest climate change tweet, according to scientists.”

Donald Trump angered climate activists again on Thursday with a tweet which appeared to suggest global warming was a positive thing.

Question: Is there a single one of these “climate activists” who would be similarly angered, or even a little miffed, by a leftist tweet suggesting, for instance, that the global climate would be better off if Donald Trump stopped breathing? That irony, I feel very safe conjecturing, would be met with nothing but “likes” and “shares” among the “climate activist” community. By contrast, a joke of the sort I’ll bet most of us not living on the progressive kook-fringe have made at one time or another during a cold day — “Gee, where’s that global warming when you need it?” — is somehow an anger-worthy offense. How dare anyone, let alone Trump, disrespect the dignity of global warming! How dare he refuse to defer to the progressive planet’s climate self-identity by suggesting manmade climate change is something to laugh about! Call the social justice warriors — Gaia has been ideologically raped!

And so these deadly serious “activists,” indignant at having been publicly outwitted by Donald Trump of all people, react exactly as intemperate indignation is prone to react: with mob anger and hatred, and shouts of “You’re not allowed to say that!” In short, they reveal themselves (for the thousandth time) as late modernity’s prime instantiation of Conrad’s “women, children, and revolutionaries,” with distinct leanings toward the “children” side of the ledger.

His tweet was met with outrage by many, who said he was confusing weather with climate to make his followers doubt climate change.

Ah, yes, more of that “outrage.” Indignation — the soul’s uprising against uncomfortable questions about itself. Trump, they say, is making (?) his followers commit the ultimate logical crime against the climate faith, namely “confusing” — they presumably mean “conflating” — weather with climate. This mantra — the folly of mistaking short-term weather trends for long-term climate trends — is repeated throughout the article, as it is in all such assaults on the mental acuity and scientific understanding of the “deniers.”

Except that this same logical fallacy, which proves Trump to be ignorant and duplicitous, is apparently approved and licensed for regular and continuous use as evidence for global warming, whenever the particular weather event in question is thought to serve the activists’ purposes. In fact, even this very same U.S. cold snap has been cited by the warmists as proof of their computer model religion. Just as Hurricane Irma — another weather event — was cited as evidence of global warming. Just as every summer heat wave, winter storm, slightly early or late spring thaw in Latvia, or late-blooming tulip in the Netherlands, is cited as proof of global warming. Somehow, the warmists’ desperate need to convince themselves…er, I mean us, that they are right, trumps all their own arguments about the heretical error of confusing weather with climate.

Question: Regarding this much-ballyhooed, eyes-rolling distinction between mere weather events and genuine climate trends, even leaving aside the continual and deliberate conflation of the two by the climate religionists themselves — progressive authoritarians all, by sheer coincidence — where exactly does their objective science draw the line between short-term trend (weather) and long-term trend (climate)? After all, the planet is billions of years old, and has been through ravages of every kind, climatic and otherwise, more times than we even know, and far more severe than anything we are experiencing now, or can expect to experience in the next hundred years, even if the warmists’ are completely right (assuming they are saying one consistent thing which could be verified, which of course they are not). An average human lifespan runs around eight decades these days, but even that is less than a blink compared to the total span of mankind’s existence, let alone compared to the unimaginable vastness of Earth Time. So what exactly constitutes “short-term” and “long-term” in this context, such that we can say with certainty that one span of climatic movement constitutes the measure of mere weather, while that span plus one minute (day/month?) constitutes the measure of the great god Climate?

“That’s ridiculous — it’s relative,” you say? Good. Then I choose to regard global warming as something that cannot be judged a genuine “climate trend” for at least a million years, relative to a mere millennium-long “weather event.” Call me back in 1,002,018 and we’ll see how our respective computer models fared.

Oh, by the way, there’s a Korean custom I like to observe, which is waking up early on New Year’s Day to watch the sunrise. This year it was especially cold outside as I waited on a rooftop for Mr. Sun to appear. And when he finally did, I made a peculiar discovery: I felt distinctly warmer when the sun began shining over the mountains than I had felt immediately before. Have any of you noticed anything similar? Perhaps we could secure some government grant money and look into this. I have a feeling — I admit it’s just a feeling, not science yet — that there might be some connection between the appearance of that morning sun and the increased warmth I experienced. 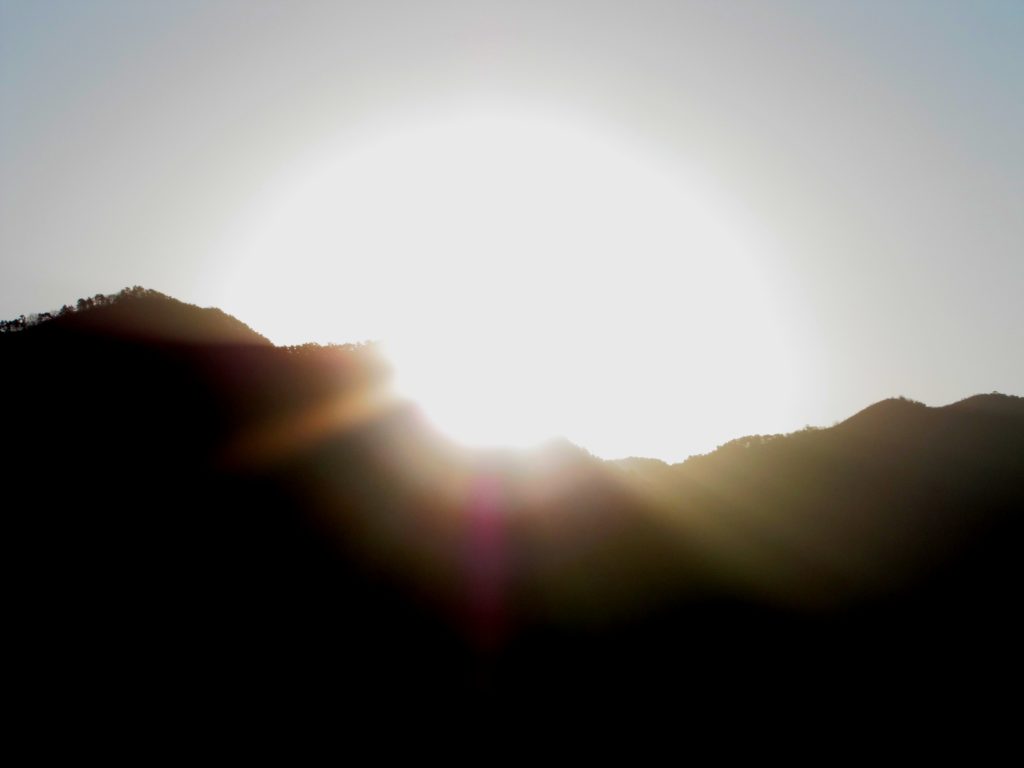