Prediction: Global Warming Will Cause Everything 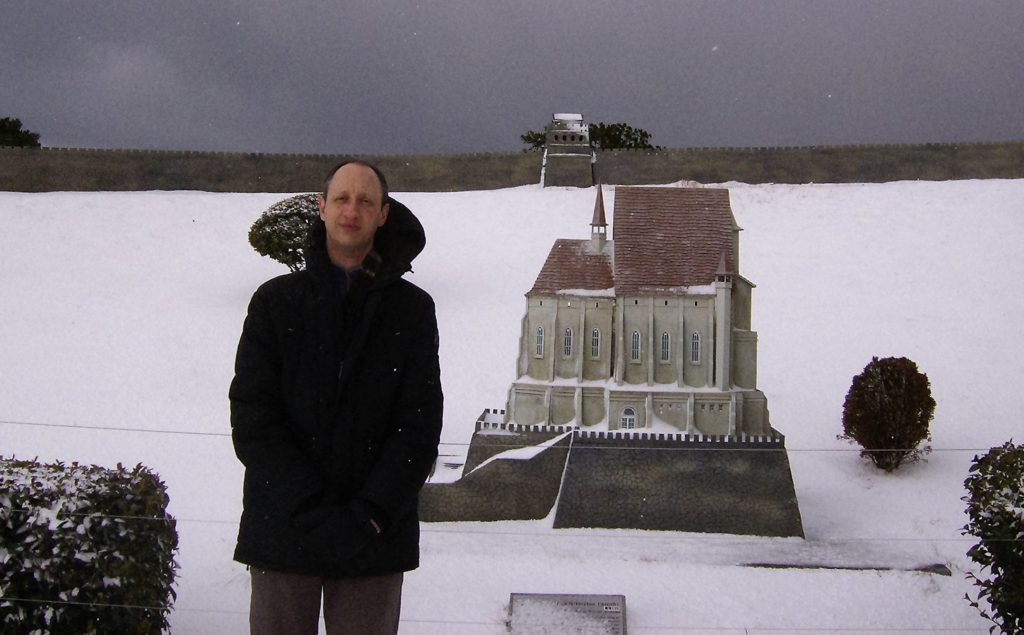 The following news headline appeared on the internet this week: “Scientists warn global warming will fuel spread of ticks that carry Lyme disease.”

The corresponding article begins this way:

Another effect of climate change may be crawling up your leg this summer as you frolic in the woods.

Okay, given that many in the climate change fraternity—including, famously, Phil Jones of East Anglia University—have been forced to concede, ever so delicately, that global warming has been on something of a “pause” since 1995, how exactly is it “speeding the spread” of disease-carrying ticks?

Don’t read this news article for an answer. In fact, from the third paragraph on, the article is a straightforward discussion of the slow spread of the tick population into various southern regions of Canada, and the new risk of Lyme disease that this brings. There is no further mention of global warming, and no attempt is made to establish a significant relationship—or even a coincidental one—between the movements of the ticks and changes in mean annual temperatures in the relevant regions.

So why mention global warming in this context at all? Because the first rule of all modern discourse related to weather, disease, happiness, poverty, famine, wildlife, or almost anything else, is that tribute must be paid to the god, Climate Change Theory. One cannot discuss the spread of disease without mentioning climate change. So the article mentions it. No further reason is required. It is simply a matter of faith, of public policy, and of good breeding to acknowledge climate change as a preface to any observation about anything.

(If you think this seems overstated, I recommend this 2007 American Thinker blog post, listing over six hundred nasty effects that have been attributed to global warming. One suspects that if you mentioned that number to one of our sustainability experts these days, he’d earnestly tell you that list is far too conservative.)

One senses that journalists, scientists, and laymen are afraid to talk about any subject that might be explained by climate change without mentioning climate change, lest they be seen as climate infidels—i.e., as people who do not accept the centrality of climate change to all modern events. This leaves the rest of us reticent to utter casual niceties such as, “Boy, it’s hot this week,” for fear of getting some stupid response about global warming.

A few years ago, I was teaching a book of science readings to a very advanced group of Korean middle school students. One chapter of the book, regrettably, was on global warming. (This book was published before evidence of non-warming necessitated the “climate change” makeover.) I began the discussion by asking the students whether they had noticed any significant warming during their lifetimes. Dutifully regurgitating their public school propaganda, they all promptly acknowledged that the summers were much hotter, and the winters shorter, than when they were young. (The oldest student in the room was fifteen.)

Once I had confirmed everyone’s agreement on this, I proceeded to explain that according to the advocates of global warming theory, the global mean temperature has risen by approximately three-quarters of one degree Celsius over the past century. Then I asked them again whether they could feel the difference. They grinned bemusedly, and looked sheepishly at their desks.

And this utter falsification of one’s own perception and memory, drilled into the heads of our children as the new catechism, is equally pervasive among adults. Who hasn’t had to listen to someone drone on about how much hotter it is these days, or how much more violent the weather is these days, or how much less/more snow we’re having in recent years, etc? The advocates of global warming in the scientific, political, and educational communities have gone to great lengths to foster these data-defying assumptions of extreme change, and they do nothing to counter the absurdity of the resulting statements. And yet if the warming advocates’ own numbers are correct, these statements, and the assumptions underlying them, are completely ridiculous.

Can you think of another scientific theory whose defenders promulgate urban myth folly and irrationality as a way of persuading the general population of the theory’s truth? Ought not science to be in the business of divesting the public of urban myths and other silly ideas, rather than fostering them as a means to its own end? After all, what is the end of science, if not to discourage irrational beliefs?

The Lyme disease/global warming non-story with which I began is just one of many such speculative studies cloaked in the science fiction of climate change. And this example is nothing compared to a related 2008 article, “The Deadly Dozen: 12 Diseases Global Warming Incubates.” Lyme disease is merely one of the serious illnesses discussed there, in what is a perfect example of both the deliberate manipulations of climate change theory, and the sense of neo-religious allegiance to global warming demonstrated by scientists themselves.

Read this opening sentence carefully: “The Wildlife Conservation Society has identified the ‘Deadly Dozen’—12 diseases that are likely to spread due to global warming.”

Current data indicate that the movement of H5N1 from region to region is largely driven by the trade in poultry, but changes in climate such as severe winter storms and droughts can disrupt normal movements of wild birds and can bring both wild and domestic bird populations into greater contact at remaining water sources…. Diseases that have previously been thought to have limited impact, such as babesiosis, must be watched closely in a changing climate to assess how environmental conditions may tip the scale…. Rising global temperatures due to climate change are expected to increase incidence of [cholera]….

As climate change disrupts and exaggerates seasonal patterns, we may expect to see outbreaks of [ebola] occurring in new locations and with more frequency. [All emphasis added.]

As one commenter on The Daily Green website responds, “This is scary.” And so it is meant to be. Notice, however, that in none of these cases are the researchers claiming that climate change has had any effect on anything. In each case, they are predicting what will happen in the future—assuming there is global warming. Climate change theory has replaced metaphysics as the primary science. It provides the grounding for all other inquiries.

This comports with the endless models forecasting drowned cities, polar tropical islands, and all the rest. If one simply assumes that warming will resume, and increase at exponential rates, one can predict any effects one wants. That assumption, however, is precisely what the warmists have lost the right to make. Or, to be precise, they have lost the right to make the assumption their political masters and grant committees really want, which is that this predicted future warming is man-made. The collapse of the theory’s core element, the CO2/temperature causal relationship, denies them this.

The climate fear-mongers, seeing that the jig is up for their theory—the CO2 is there, the necessary effects aren’t—are stealthily skulking along to the next stage of the project, namely: cross your fingers that the propaganda has taken hold so that most people will not ask you to prove anything, and then carry on making dire predictions, carefully framing them to appear to the casual reader as descriptions of events that are already happening.

Thus, from various “reputable sources,” we get this:

Peter Mertens, a UK scientist, warns that African Horse disease, a virus that’s closely related to bluetongue, has a strong chance of making it to Europe due to warmer temperatures.

If the climate becomes permanently warmer and wetter, as some predict, Rift Valley fever epidemics will become frequent.

And this warning from Cornell entomologist Laura Harrington regarding an impending outbreak of mosquito-borne chikungunya in New York:

“Some predict” that there is “a strong chance” that “we know temperatures are just going to increase.” And if this predicted chance knowledge comes to pass, all of your worst fears will be realized. Mosquitoes do not breed without global warming. Ticks carried by animals to new breeding grounds do not travel without global warming. No disease ever developed and spread before man-made climate change. Global warming will cause everything.

Some may ask why this occult science is even worth debunking anymore. To answer this question, one must remember the second great oddity about global warming theory. Not only is it the only scientific theory promoted by means of deliberate urban myth absurdity, such as that we can feel the mean temperature changes. It is also perhaps the only scientific theory vigorously endorsed, funded, and defended by the governments and policy-makers of the world—the only one treated as a top priority agenda item by both the United Nations and the Obama Administration.