Reflections on Eclipses and Civilization

If you live in North America, particularly certain parts of the continental United States, you have just been treated to a solar eclipse. This rare and spectacular event (finally a chance to use an overused adjective correctly), by being both singularly grand and thoroughly beyond human control, puts me in mind of two reflections.

First, from Herodotus we have one of the most symbolically important stories in the history of philosophy. In 585 B.C., the Medes and the Lydians were engaged in a battle in their long war. Suddenly, at midday, the sky went dark, as the sun disappeared. The two warring sides immediately stopped fighting and declared a truce. They assumed, understandably, that this sudden darkness was a warning from the gods aimed directly at them.

Meanwhile, Thales of Miletus, one of Greece’s “Seven Sages” and the first of the physicists we now call the pre-Socratic philosophers, had predicted a solar eclipse for that year. This coincidence is seen as symbolic of the shift in Greek civilization from the mythological/heroic view of man to the rational/contemplative view.

Greek tradition attributes the maxim, “Know thyself” to Thales, and that command expresses a new way of life consistent with the civilizational shift implied by Herodotus’ eclipse story. Rather than focusing one’s vision outward, with a view to understanding what the gods expect of us, there was a turn inward, to the soul, both in itself and as microcosm. The primary purpose or motivation of thought was now self-understanding, which entails the effort to answer the basic psychological, metaphysical, and even biological question: What am I? This is the fundamental question, since if left unanswered, mankind is left completely at sea in his attempts to discover, and then choose, the best path of life, i.e., the most properly human path.

An eclipse, then, stands as the symbolic beginning of the true flowering of so-called Western thought, which is to say of man as essentially a rational animal. (It is also, most pleasantly, a reminder of the folly of our haughty assumptions of “progress,” since to this day scientists cannot explain how Thales, living many centuries before men knew what we think one must know in order to predict an eclipse, nevertheless predicted one.)

Secondly, I am reminded of the common modern usage of the word “eclipse” to represent a passing or obscuring of something by, or in favor of, something new. “He eclipsed the old world record by three seconds.”

This week’s solar eclipse was partially visible in many countries, but the total eclipse was visible only in the United States, which leads me to wonder, half-whimsically, whether we moderns have perhaps become so enamored of our scientific rationalism that we have utterly lost any native sensitivity to civilization’s primordial origins in the mythological/heroic point of view?

For the traditions and inclinations sprung from Greek philosophy — the focus on the psyche, the development of the individual man, political philosophy as the quest for true justice and freedom, the confluence of theology and the rational search for eternal being — have led civilization to its highest earthly fulfillments at the same time as they have subverted that same civilization through the hubris wrought of exalting the human (temporal) over the divine (eternal). How fitting, then, that as the progressive West teeters on the brink of the abyss — the last step of our childish modern dream of linear “progress” into Utopia — the nation that was the nearest or ultimate actualization of the temporal hopes of rational man should, here at this moment of its (and therefore the world’s) death throes, be visited by a total eclipse of the sun, just as happened in 585 B.C.

The only difference, however, is that whereas the Medes and Lydians were perhaps overly susceptible to cosmic allegory, nature’s art, we rationalists by contrast are dead to it, and therefore tend to miss or dismiss the obvious. The West understood as any kind of recognizable civilization is in eclipse. What will supplant it is far from clear. It will certainly be far from rational. But it will also lack the pre-rational wisdom of the mythological/heroic view of the early Greeks, our forebears.

And if both the force of reason and the deep belief in higher forces beyond our comprehension — the rational/contemplative and the mythological/heroic perspectives — are removed from human experience as civilizing influences, then what will remain as a guide to man’s behavior or a framework for social organization? The answer is simple: Coercion and irrational impulse. Violence and lust. Chains and bodies.

I said my reflection on the meaning of this total eclipse over America was half-whimsical. Who are we to say that such cosmic allegory is literally impossible? For that matter, who are we to say that the world must be essentially literal? After all, as Leibniz’s theory of eternal monads suggests, there may be no logical contradiction in saying that the eclipse of 585 B.C. was both a sign from the gods and a predictable natural phenomenon. Thales’ prediction, the war between the Medes and Lydians, and the eclipse itself, were all eternal realities, which is to say truths outside of time, which merely had to play themselves out temporally for our limited human perception.

So, perhaps, with the modern world’s spiritual devolution into progressive authoritarianism, America’s failure to resist this fatal corruption and hold true to its rational founding principles, and this wonderfully predictable mass entertainment, the solar eclipse of 2017.

What has “eclipsed” our dying civilization? That has yet to be identified. It may turn out to be unidentifiable in any meaningful way at all. At the moment it appears only as a very dark shadow progressively blotting out the light of reason over the United States, the modern West, and the future. 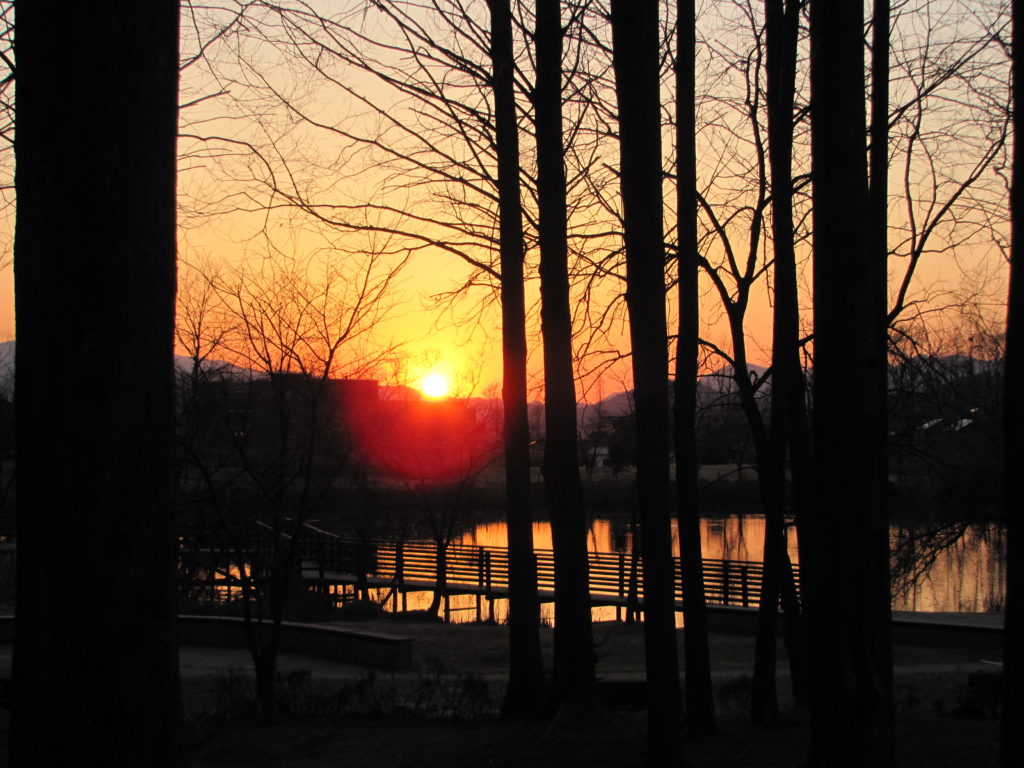