It’s a sign of the times. New York State public schools, after years of ineffectual, politically correct “anti-bullying” propaganda, have apparently decided, “If you can’t beat ’em, join ’em.” Bullying — the promotion of fear and intimidation in others by means of projecting coercive power and unpredictable threats to their peace of mind — is now a public school program.

A kind reader, Bethany from Oregon, sends me a link to this news item:

An electronic sensor will be placed in government-owned bathrooms, the function of which is to detect changes in the air indicating possible smoking or “vaping,” and also to detect changes in normal sound patterns indicating possible fights or bullying. The device, when it detects environmental “anomalies,” sends a message directly to the smart phones or computers of designated government busybodies within the school, who may then “notify the officials.”

Working along the same lines as the once Orwellian and authoritarian but now ubiquitous and benign CCTV camera, the purpose of these sensors is to prevent “wrongdoing” (as defined by socialist governor Andrew Cuomo) by blanketing everyone with suspicion of wrongdoing. (“Suspicious activity” — the language of anti-terrorism regulations — is the phrase used in the report to describe smoking in the boys’ room.) In other words, the goal is to prevent children and teenagers from breaking school rules through round-the-clock, omnipresent electronic monitoring, accompanied by the threat of visits from “officials.”

As Bethany commented to me in an e-mail, “What I thought was great about the device is it lends a tone of fear and intimidation to the school while simultaneously violating the right to privacy.”

To which I replied: “Yes, and in the name of detecting bullies! Just as doctors tell us there is a ‘good cholesterol’ and a ‘bad cholesterol,’ so likewise with bullying, I suppose. Institutionalized state bullying is ‘the good kind.'”

Bastiat memorably describes taxation unmatched by compensatory value for the taxpayer in government functions as “legal plunder.” Monitoring the air and sound waves of public school bathrooms to intimidate boys and girls into conforming to the state’s arbitrary rules of behavior under threat of constant police state-style observation — even in the bathroom — should perhaps be called legal bullying.

Just like the normal kind, this bullying is intended to coerce the victims into feeling cowed, demeaned, and subservient to the bully. The difference is that this legal bullying in the school bathroom cannot be escaped, but is only a preparatory lesson for the continuous state bullying to which the child of New York (or anywhere else, for that matter) will be subjected for his whole life in our progressive paternalist world.

Get your children out of these schools now, while you still can. Read more here. 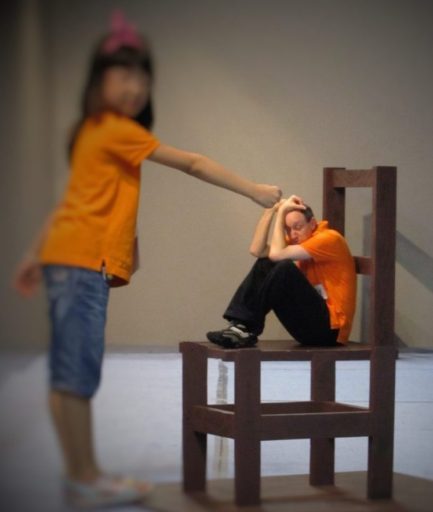 Someday, the children will get their revenge