Devin Nunes and fellow Trump cronies in Congress drummed up a fake furor over their alleged desperate fight to release their own bloody memo, the big blockbuster claim of which was that the “Steele dossier” was used to secure a FISA warrant without anyone telling the court that the dossier was paid for by the Clinton campaign. It appears that was a half-truth.

As explained by Patterico at RedState, it turns out the FBI’s application for a warrant to surveil Carter Page — who was no longer employed by the Trump campaign at that time — did indeed note the political origins of the Steele dossier in a footnote. So the earth-shattering revelation, the greater-than-Watergate scandal, the horrible-beyond-the-causes-of-the-American-Revolution deep state anti-Trump conspiracy, was a big fat fabrication of Nunes and his team of Republican spin doctors. No surprise here, since the whole memo, as I mentioned the other day, reads like a carefully skewed narrative designed for the greatest partisan effect, with little or no interest in the underlying truth.

The great shame of this whole episode is that in this moment of fevered tribalism in America, so many diehards of the Trump GOP — and yes, for the umpteenth time, there is no light separating Trump from the GOP establishment, and there hasn’t been any since 2014, when Trump was a major donor to Mitch McConnell’s defense against a Tea Party challenge — have succumbed to the Nunes memo’s intended psychological effect like blind mice. I mean the effect of illogically sliding from the (false) claim that the FBI hid the source of the Steele dossier in their application for a warrant to the completely unfounded assumption that the dossier itself is nothing but unsupported fiction.

Notice how many GOP-friendly commentaries on this issue over the past few days casually condemn the dossier as a pack of lies, a pile of salacious dirt, nothing but innuendo, and so on. On what grounds?

The big revelation (spin) of the memo — that the Steele dossier was used to get a FISA warrant — was presented in deliberately breathless (and disingenuous) tones to cover up for the underlying question the authors didn’t want anyone to ask: Why did the court determine that the dossier was credible enough to justify admitting it as evidence? Although it turns out the court was indeed informed about its partisan funding, in fact the question of who paid for it is a lot less important, it seems to me, than the question of who compiled it and how well it is sourced.

The Trump/Nunes team is trying — successfully, judging from the way the memo is being talked about by Trump supporters — to reduce this dossier to a wild flight of imagination written by Hillary and Huma over a bottle of Jack Daniels. In fact, it was prepared by an independent sub-contractor with years of experience in British intelligence, as well as an established relationship with the FBI. And yet when you read formerly thoughtful NewTrumpsters on the “conservative” websites, such as Streiff at RedState, they casually label it a bunch of crap, as if the fact Hillary’s team hired Fusion GPS, who in turn hired Steele, proves Steele’s dossier is pure fiction. Does Steele have a history of submitting pure fiction as intelligence research? Would that be a good career move for him? Would he be likely to get other jobs after that?

I have no idea how much of what he “found” is true, half-true, or completely false. But I have no grounds for thinking it’s completely false merely because Clinton’s team paid for the work. Neither does anyone else, as far as I know. And yet we’re all supposed to dismiss it out of hand merely because the word “Hillary” is spoken in association with it. I’m not that tribal or that gullible. Nor would I put any form of shady or crooked behavior past anyone closely associated with Trump, let alone the man-child himself. Until two years ago, he boasted of being a two-faced double-dealer without moral limits of any kind. Suddenly we’re all supposed to be shocked, just shocked, that anyone would suggest he and his associates are anything less than pure as the driven snow.

If a jealous wife hires a private investigator to find out whether her husband is having an affair, the truth of the investigator’s final report is not materially affected by the fact that the wife herself is an axe-murderer who is currently carrying on three illicit affairs herself. And if that wife were something even worse than an axe-murderer carrying on three affairs — if she were even a Hillary Clinton, for example — it still wouldn’t change the truth value of the investigation she paid for, assuming the person she hired was a genuine professional investigator.

Christopher Steele’s years of association with the FBI and twenty years of employment at Britain’s MI6 suggest that he is at minimum a legitimate, experienced, well-trained professional intelligence-gatherer whose work has garnered sufficient verifiability over the years to have been judged worthy of respect and consideration on a repeated basis. Attempting to undermine his credibility by noting that he has been quoted as expressing an ardent wish that Trump should not become president is shaky at best. Perhaps his ardent anti-Trump wish was based on, or at least buttressed by, the results of his own investigations.

I don’t know. But neither do I know that everything he wrote was simply a lie, merely because Hillary Clinton’s campaign paid for his work. On the other hand, I do know that the GOP memo — the first of many, we’re now told — was dishonest and deliberately fuzzy on several major fronts. Who’s an innocent bystander to believe? I’d happily vote for “None of the above” and dump the whole lot off a cliff, but unfortunately this is the ruling class we’ve all been dealt for the last act of our civilization’s tragic farce (farcical tragedy?), so what are you gonna do?

Frankly, this whole thing is just getting boring now. Personally, I’m inclined to guess that while some of his associates have been knee-deep in Russian corruption, Trump himself was merely involved in shady dealings with Russian businessmen or other entities — that fits his MO — but that he was never engaged in any direct political collusion with the Russian government. I give him the benefit of the doubt on that for the simple reason — and I mean this sincerely — that I don’t believe he is smart enough to have done anything so deeply nefarious. That he was used by Putin, on the other hand, and that Putin found, and probably still finds, Trump a useful tool, seems quite plausible to me, and is consistent with the obvious insinuation of Russian voices into the political chatter in Trump’s favor during the GOP primaries and the presidential election campaign.

Someday this storm of political insanity will end, the world will go silent for a while, and then, perhaps, something like civilization will reemerge, refreshed, and genuinely pure as the driven snow. Until then, we happy few will continue to reside here in Limbo and try to keep a grip on our sanity. 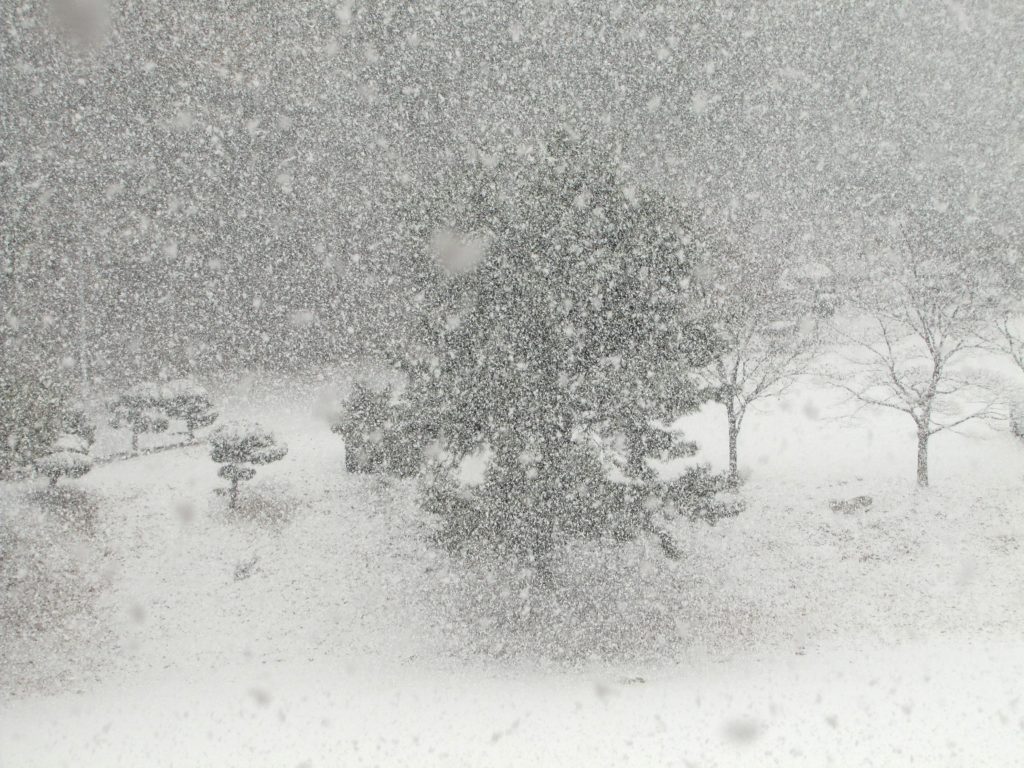