A Briefs Statement on John Conyers 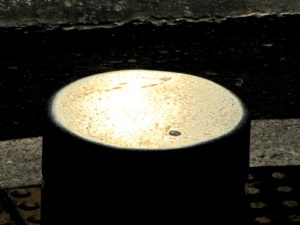 U.S. Rep. John Conyers, D-Detroit, in a briefs statement, has retired from Congress amid allegations that he was a congressman longer than anyone else. In briefs, following typical congressional fashion (undergarments department), he acted like a power-mad potentate or a member of the British royal family, eliciting the claim that all his aides have seen him in his Jockeys.

For his part, Conyers vowed that his son, John Conyers III, will continue his legacy of wandering around congressional offices in his Superman panties. J.C. III will have stiff — or shall we say starched — competition, however, from Conyers’ own great nephew Ian Conyers, who proudly declared that he will win the elder Conyers’ seat.

Call me a fuddy-duddy, but I wouldn’t be so eager to occupy a seat previously occupied for fifty years by another man in his underwear.

They say it takes a certain kind of man to run for political office. For what it’s worth, I have recently learned that I am not that certain kind of man. I tend to get chilly in the shoulders easily, and hence prefer to be fully clothed for my daily routine, which apparently disqualifies me from “holding a seat.”