Do yourself a favor and ignore the tit-for-tat between Donald Trump and Mitch McConnell over who is more to blame for their joint “failure” in advancing the dream of single-payer healthcare in America further than Barack Obama ever could. I have called Trump “the Orange McConnell,” and written a whole series, “Dr. McConnell and Mr. Trump,” for a reason: There is no Republican politician with whom Trump has more closely allied himself, to whom he has donated more money, and for whose wish to “crush the Tea Party” he has shown more support, than McConnell — all of it within the past few years, when Trump was supposedly having his great rebirth as an anti-establishment swamp-drainer.

Well, surprise, surprise. The great swamp-drainer has just reinforced the enormous plug in the drain that he has been building since day one of his presidential campaign, in lieu of the “big, beautiful wall” he was promising to build for his cultish dupes.

As I noted in my last installment of “Dr. McConnell and Mr. Trump,” McConnell predictably has a handpicked, lobbyist-friendly lackey in Alabama’s Senate race to replace Jeff Sessions, and that lackey, Luther Strange, has kissed the ring by calling Trump’s presidency a “Biblical miracle.” Now, as reported by Daniel Horowitz at Conservative Review, Trump has come through with a big Election Eve endorsement for Strange, in spite of the fact — or rather, because of the fact — that two genuinely conservative candidates are threatening to win this Senate seat, thus wresting some power away from McConnell’s stealth progressive establishment machine.

Senator Luther Strange has done a great job representing the people of the Great State of Alabama. He has my complete and total endorsement!

Two pea brains in a pod: 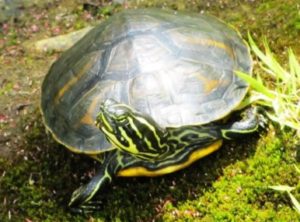 And the cultists still clinging to their idol like teenage girls hugging their autographed pictures of Justin Bieber? Frankly, I’ve run out of words contemptuous enough to describe how I feel about what they have done to their country. History will have to deal with them — and it will.