A quick review of the facts: 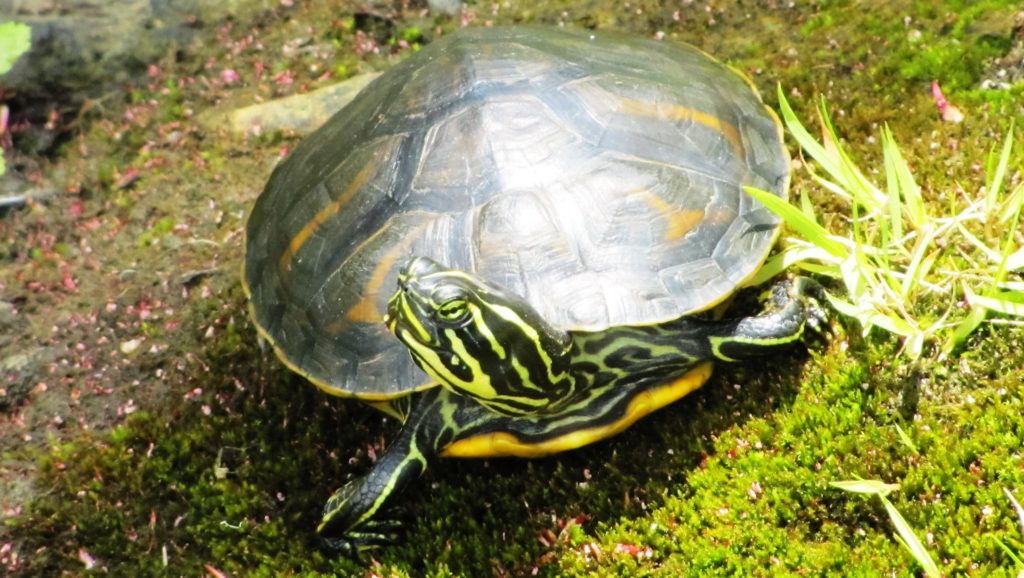 In 2013, at the Tea Party’s peak of grassroots effectiveness, conservatives stirred up a serious primary challenge to Mitch McConnell in Kentucky. The GOP establishment leapt in to defend their turtle, with many important members of Karl Rove’s anti-conservative group American Crossroads rebranding themselves “Kentuckians for Strong Leadership” (although almost none of them were actually Kentuckians) in order to fund pro-McConnell attacks against Matt Bevin and the Tea Party (i.e., constitutional conservatives, whom McConnell was promising to “crush”). One of this new Rove front group’s major donors — as he had previously been a major donor to American Crossroads — was Donald Trump.

On the eve of the Iowa Caucus, when it became apparent that Ted Cruz would be Trump’s toughest challenger, Trump launched his infamous “Everyone hates Ted” campaign, which evolved into “Lyin’ Ted,” “Ted’s father killed JFK,” and all the rest of it. And what was the talking point on which he pinned the “Everyone hates Ted” campaign? Cruz had spoken disrespectfully of his great Senate leader, Mitch McConnell. In other words, Cruz was bad and unlikable for criticizing a good man, McConnell. Trump attacked Cruz for rebelling against the GOP establishment’s most entrenched and duplicitous figure, who also happened to be Trump’s favorite and most materially-supported Republican.

When Trump was elected POTUS, one of his first cabinet appointments was Elaine Chao — McConnell’s wife — as Secretary of Labor.

Donald Trump would turn on anyone if he thought it would somehow enhance his profile or save his face. But my guess is that McConnell would be about the last Republican he would throw under the bus, because McConnell is almost the only politician to whom Trump’s ties seem deeper than mere opportunism. These are two men cut from the same cloth: men who talk in a superficially conservative way to win support from people for whom they have no real respect, and whom they would (and do) happily sell out at the first available chance to advance their own true agenda, namely power for themselves and a slow drift into progressive soft despotism for America.

That Erick Erickson would speak of McConnell, of all people, as an obstacle to Trump’s “agenda” — which one? — shows the level of wilful blindness that has taken hold of American conservatism.

And now, as an amusing addendum — a nice symbolic representation — of the peculiar relationship between the Senate Leader and Trump, we have the case of Luther Strange, a candidate in the Alabama special election to fill Jeff Sessions’ vacant Senate seat.

Strange was appointed to fill Sessions’ position temporarily when Sessions became Attorney General. Since then, McConnell has obviously decided that Strange would be a compliant lackey and supporter in the Senate, as he has not only put his own weight behind Strange’s candidacy — another McConnell front group, Senate Leadership Fund, announced a major ad buy for Strange in May — but he has also expressly warned GOP donors not to endorse or support any other (i.e., more conservative, less establishmentarian) candidates.

During a recent candidates forum in Alabama, Strange made the following amusing hallelujah declaration:

President Trump is the greatest thing that’s happened to this country. I consider it a Biblical miracle that he’s there.

A Biblical miracle. Imagine that. Like a plague of locusts, I suppose.

So Mitch McConnell’s hand-picked yes-man thinks Donald Trump is a miracle. That’s even higher praise than Trump himself has repeatedly expressed for McConnell, although I don’t know whether Strange has backed up his Trumpstablishment hosannas with major anti-conservative dollars the way Trump has done for McConnell, Rove, and Boehner over the years. (Look it up; I’ve written about it a half-dozen times. So, just to jog his memory, did Erick Erickson at one time.)

If we wanted to get cute (which we do, of course, since the alternative — crying — is no fun) we could go full R.L. Stevenson on this one and call it The Strange Case of Dr. McConnell and Mr. Trump.