The Vanishing Feeling of Freedom 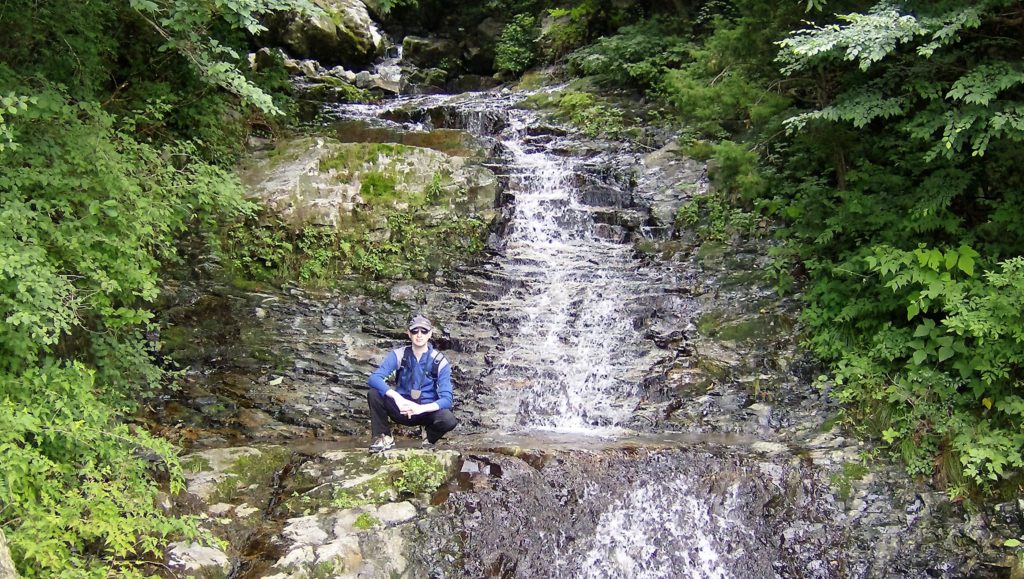 Today, the feeling of practical freedom is confined to the blessed realm of escape

The primary reason it is so difficult to defend political liberty today is that freedom is a rational construct, and thus cannot be understood by the irrational. Children, or adults whose moral reasoning skills are stalled at childish levels, are unable to experience it—they literally don’t know what they are missing. This is why authoritarians of all stripes are hell-bent on producing and maintaining a society of childish citizens: dependent, trusting of the hand that feeds, obedient, pleasure-centered—perhaps capable of proficiency in well-defined tasks, but frightened, above all else, of being left to “fend for themselves.”

In short, practical freedom, in the complex sense captured in the most profound political philosophy, is completely inaccessible to a mind without a developed faculty of practical reason. And a moral concept that cannot be understood rationally cannot be deeply experienced emotionally. What does freedom feel like? What, conversely, does the deprivation of freedom feel like? Those who hope to restore liberty to the civilized world must first win the educational battle that would make those two feelings, and the difference between them, immediately accessible to every adult.

For there is no hope of winning a debate over the best means of securing liberty with an opponent who cannot understand what difference it makes whether healthcare is “provided” by private citizens or by the government, why some people should be “allowed” to be wealthy when others are poor, or why anyone who believes in Christian charity would oppose government programs that “take care of people.” You might as well argue about driving technique with someone who has never seen a car.

One can read Aristotle, Aquinas, and Locke until the cows come home without ever feeling what freedom means. (The world’s universities are full of political experts for whom the penny never drops.) That feeling is the surest safeguard of political liberty, and the most powerful weapon in the struggle against oppression. But it can be experienced only by those whose minds and characters have matured along with their bodies.

Consider the analogous case of justice. It is possible that every child has an innate sense of “justice”; but it is not justice as an adult understands it, because it is imbued with a child’s moral myopia, in which his own existence and immediate surroundings are the basis of all reality. Justice, as a child experiences it, primarily means that he gets what he thinks he has coming, regardless of how this might affect anyone else, or even himself in the long run.

Responsible parents and teachers of young children correct the behavior of their charges with admonitions such as, “Imagine how you would feel if he did that to you,” “You can have that if you finish your work first,” or “That’s not yours.” These elders are trying to encourage the development of the concepts that make an adult sense of justice possible: respect for the independent existence of other people; a sense of the natural equality of moral worth; and an understanding that everyone should have what he has earned, and deserves first claim on what he has.

What if, on the other hand, the parents themselves are observably unwilling to respect the wishes, moral dignity, or possessions of other people, and if the teachers substitute indiscriminate “sharing” for fairness, and “fitting in” for moral equality? Then the most likely product of their influence will be precisely today’s increasingly dominant moral tenor: a belief that one’s desires impose material obligations on the world, a refusal to acknowledge the moral claims of others when these conflict with one’s desires, and a complete disregard for the basic concept of a man’s possessions as the rightful fruit of his labor. In other words, adults with the moral sophistication of toddlers.

Now consider the case of political freedom. As a child experiences it, freedom means being permitted to do something by those who hold authority (parents, teachers, babysitters, etc.); and, more positively, it means doing what one feels like doing, without fear of adverse consequences. The immaturity of impulses, and the inability to conceive of one’s long-term well-being, or to calculate the appropriate means to achieve it, are the reasons why children need adult supervision and guidance. They are not ready for the true freedom of which they cannot yet conceive.

Growing up to the birthright of our species, the natural liberty of the rational soul, entails the incremental development of the capacity to conceive ends appropriate to an adult human being, and to resist impulses towards immediate gratification that would thwart those ends. Gradually, “I want it now” gives way to “This is best for me,” and “Gimme, gimme” gives way to “If I do this, hopefully I will achieve that.” The subjective experience of life as a hodgepodge of successful and unsuccessful attempts at gratification evolves into the unified experience of an individuated soul with a consistent character and definable goals. The innate desire for happiness develops into the rational will to pursue happiness.

There is a moment along this path to maturity when a young person begins to recognize the causal chain leading from his present material state back through the various stages of activity that led him there, and ultimately to the initial idea that set the whole process in motion. This moment, when he realizes that his condition is the product of his effort—that he is a self-sufficient being, able to bring about desired effects in the world through his own thought and action—is a revelation. What is revealed to him, in part, is that this power to form complex, long-term goals and work towards them is what it means to be human. To experience oneself as the cause of one’s own effects, and one’s current state as the effect of one’s own action, is the fundamentally human experience, and produces a kind of happiness more fundamental and lasting than any short-term gratification. It is happiness as the Greeks understood it, activity in accordance with one’s nature. The subjective experience of oneself as a rational agent, as a force capable of defining and realizing its own ends, is the feeling of practical freedom. You feel free when you consider what it means to own something, and to have earned it.

The soul develops into maturity by gradually learning that freedom is not permission granted by an external authority, but rather one’s birthright; and that it is not found in doing whatever one wants without adverse effects, but rather in the capacity to choose what is best, and to weigh the value of a goal by the measure of adversity one is willing to endure to achieve it. Or rather, it ought to develop this way. Modern moral education—formal and informal—blocks this road to adulthood by bringing down an avalanche of gratifications disconnected from achievement, thereby trapping the soul in a stale, rotting extension of childhood, in which happiness means scratching an itch.

Here is where today’s ugliest, most cynical purveyors of “capitalism”—statists all—come into the picture. The popular entertainment moguls, through a brilliant collusion (half calculated, half serendipitous) with the drug-dealing underworld, the alcohol-peddling corporate mainstream and the millionaire socialist elite, have created a kaleidoscopic whirlpool of reason-devouring charms to ensure that the mass of humanity never again sees itself as a civilized community of rational, moral individuals:

Sounds, words and images that just a couple of generations ago would literally have been classified as pornography, are now the standard, ho-hum, before-, during-, and after-school fare of every twelve-year old in the Western world.

Mind-altering, brain-damaging, mood-distorting drugs and alcohol are readily available to every high school student, as a quick fix for all of life’s challenges. And the effects of these products are much broader than even the most alarming statistical analysis of teen substance abuse can reveal. For the omnipresent affiliation of drugs and booze with the world of popular entertainment (especially the most morally potent entertainment, music) has produced a general societal intoxicated attitude. Think of the threatening hip-hop swagger, the disaffected heavy metal detachment, the modesty-obliterating pop diva prostitution—and consider the extent to which these popular poses have become archetypal among modern youth (and their parents), affecting the moral attitudes and behavior of all but the most superhumanly pure and innocent souls, regardless of whether the posers are actually substance abusers yet.

Conveniently linked with this pop culture’s instant gratification ethic is the agenda of leftist authoritarianism. There has developed an easy, almost natural moral continuum between gang violence fantasies and “economic justice,” between ersatz eighteen-year-olds begging for a chance to satisfy your every lust and “reducing carbon emissions.” In this emotional universe, Snoop Dogg and Barack Obama, Beyoncé and Al Gore, are somehow melded into one mental mess, like blobs of color in a child’s finger painting. I want to feel pleasure right now, and I want the whole planet to feel pleasure right now—except for those loser grown-ups who want to prevent me from feeling pleasure right now. I want them to suffer.

This nightmarish moral universe has its “mature” phase, wherein one merely empathizes with the more licentious and illegal elements of the worldview, without necessarily participating in them fully oneself. Quasi adults of this sort go by various names around the world. In the U.S., for example, their most popular name is “liberals.”

And therein rests the dilemma that we started with. Decades of leftist policy, education, and culture have snipped the delicate thread of moral development that leads to the adult feeling of freedom that made natural rights theory, and liberal democracy, possible. Entitlement programs are the grown-up extensions of the unearned immediate gratifications of “Gimme, gimme.” Leftist educational principles inculcate the premise of class envy in every young person—that it is wrong for one man to have more than another, regardless of how the “inequality” arose. And the popular culture satisfies the demands of the market it has created by feeding us all a steady diet of arrested adolescence, teaching, in a thousand ways, that delayed gratification is a missed opportunity, that today has no clear link to tomorrow, and that adulthood is the enemy of freedom and happiness.

A person who knows the adult feeling of freedom also knows when freedom—that is, human nature—is being violated. Those for whom freedom remains forever the child’s notion of permission to do what one feels like doing are a grave threat to the future of mankind. Their desire for instant gratification inevitably runs up against the rational will of others, but unlike children, they are fatally resistant to the moral education that teaches respect for those others. And unlike children, they are, at present, the dominant force on Earth. They cannot be won over with rational argument, because they literally cannot understand the terms of the debate. They have been prevented from experiencing the feeling of natural freedom—the joy of rational agency—so they cannot recognize the violation of freedom that their demands are imposing on us all day by day.

They know not what they do. Thus, they cannot be persuaded. They must simply be stopped.

(Originally published in May 2012)

Forward to The Last Line of Defense: Property