I have written before about my personal history with Mark Levin, such as it is, and also about my deep disappointment at seeing the most principled and intelligent of the major conservative radio hosts playing footsie with Trump and his cult, both before and after Trump became the establishment’s official choice in the GOP primaries. Once again, Levin has doubled down on his pathetic Hannity-style sycophancy, in an ongoing spectacle of schizophrenia that has become emblematic of the fate of much of the old Tea Party constitutionalist movement in the era of the Trump fraud.

Right Scoop reports — I haven’t listened to Levin’s show since he became a full-fledged Trump apologist, right after Trump and his alt-right muckrakers teamed up with the GOP old guard to smear and destroy the candidacy of Levin’s choice, Ted Cruz — that “The Great One” is now lamenting the media’s “attacks” on Trump and his family as “unparalleled in American history.”

First of all, this idea that Trump is under more severe scrutiny than previous Republican presidents is pure poppycock. Doesn’t Levin remember that Reagan was routinely branded a senile old fool who was trying to start WWIII? Doesn’t he remember that George W. Bush was regularly depicted as both the dumbest man alive and the most devilish schemer of all time, lying about WMDs to fabricate a war with Iraq, and even, as the leftists and “alt-rightists” (i.e., non-traditional leftists) insinuated, actually staging or facilitating the 9/11 attacks as a pretext for starting a fake war against a fake enemy? (And does anyone remember that Levin’s new hero Donnie was one of the perpetuators of that Bush hatred, right up to and during the 2016 primary debates?)

Evidence that Levin knows he is talking nonsense is that he is careful to include Trump’s family in the charges of “unparalleled attacks,” in order broaden the scope of the criticism in a way that seems more plausible compared to the media’s treatment of past presidential families. But this careful inclusion is also indicative of the level of desperation Levin has reached in his running apology for the Trump disaster.

Previous presidential families, while occasionally mocked (Laura Bush, Nancy Reagan) or used as objects of humiliation for the president (Patty Davis [Reagan], the Bush daughters), have generally not come in for the kind of harsh examination reserved for the Republican presidents themselves. But the reason for this is obvious: Trump is the first Republican president whose adult children are directly active in his administration, in the sense of determining or influencing policy. They are essentially presidential appointees, regardless of their family connection to Trump, so naturally they are ripe for the same kind of scrutiny to which other high-level political appointees are subject — and perhaps a little more scrutiny than the norm, for the simple reason that they are the president’s family, but otherwise seem to have absolutely no qualifications for their White House duties and security clearances.

Notice that the “attacks” on Trump’s family are almost entirely directed at Jared Kushner, Ivanka Trump, and Donald Trump Jr., all of whom have had active roles in the president’s campaign and first term. Trump Jr., for example, was a regular mouthpiece and surrogate for his father’s campaign, and is known to have attended a meeting with a Russian he believed was a foreign agent ready to provide dirt on his father’s opponent, a meeting to which he personally invited Paul Manafort to join him. On the other hand, Melania Trump, Tiffany Trump, and even the child Barron Trump, have been left more or less unscathed throughout this media feeding frenzy, since they have no significant role related to policy or political machinations.

Levin makes the further argument that “leftists in the government and media have sought to undermine Trump since the beginning of his campaign.” What kind of sob story whining is that? Of course leftists in the government and media sought to undermine a Republican president or presidential candidate — they are leftists! Should they be expected to support a Republican, or to deal even-handedly with his candidacy? Have they ever done that for any other Republican?

But this attempt to make Trump a uniquely assailed victim is even more ridiculous in light of the fact, frequently bemoaned by Levin himself before he flipped to the Trump camp, that the mainstream media was actually absurdly generous with Trump during the primaries. If anything, he got a pass that no other Republican candidate would have gotten, particularly a candidate with such an obviously assailable history and character. Levin was one of the people who popularized the idea that Trump received “two billion dollars in free advertising” via the media’s (including Fox News’) round-the-clock coverage of his campaign, coupled with their general disregard of other GOP candidates’ campaigns.

Has Levin forgotten the way every Trump rally, off-the-cuff remark, or burp, was reported live, analyzed, and obsessed over by the news networks, while other candidates were consistently reduced to marginalized status and their candidacies basically treated as dead on arrival compared to the unstoppable Trump juggernaut? No, I don’t believe he has forgotten. He has simply changed camps, and fallen in with the Hannity-Limbaugh hype machine, so it is convenient to pretend he never noticed the media’s and Washington establishment’s Trump favoritism that Levin himself was a leading voice in decrying at the time. I know this, in fact, because more than one of my own articles from early 2016, describing Trump’s establishmentarianism and his fraudulent attempt to hoodwink grassroots conservatives, were linked by Levin on his own website and his Facebook and Twitter accounts.

After Levin made these remarks whining about the media’s mean treatment of poor Donnie, Donald Jr. tweeted out the money quote about these attacks being “unparalleled in American history.” President Trump himself then retweeted his son’s tweet. And then, tellingly, Levin tweeted about this himself: 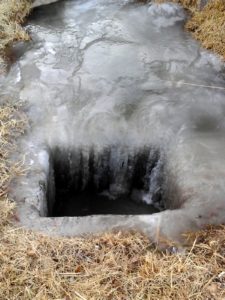 Another one bites the dust. How pathetic can a man sound, and how blushingly eager for approval from people so vastly inferior to himself? That cash register clang you hear is the sound of a soul being sold, folks.

At the end of Trump’s presidency, will there be a single American (former) conservative left with an ounce of his self-respect and dignity intact? Every day, I thank the good Lord for a few very serious American friends of mine, men I know to have the kind of character and principle that will not succumb — that have not succumbed — to the sucking strain of the Trump cult’s acceptance vortex.