Life, War, and the Fog

On November 11th, I wrote an article in honor of the men who have fought and died in defense of the principles of modern liberty. Though I was careful to stipulate that many of those men died honorably in wars that may well have been of questionable value to that cause, this, apparently, was not enough qualification for some.

At American Thinker, where the piece first appeared, I notice that a few readers — not lefty peacenik types, but, shall we say, alt-right peaceniks — attempt to rebut my premise by copying and pasting various famous quotations about the horror and futility of war. For example:

“One class of men makes war and leaves another to fight it out.” — William Tecumseh Sherman

“I hate war as only a soldier who has lived it can, only as one who has seen its brutality, its futility, its stupidity.” — Dwight D. Eisenhower

All perhaps true, but a little context and detachment is necessary to take stock of the value of such statements. For example, two of them were made by famous military commanders whose fame rests on their having led efforts that are widely hailed as just and righteous causes.

At the very least, we can say that without one of those men’s efforts, and those of like-minded warriors among his allies, Europe, and very possibly the entire civilized world, would have quickly ended up under the rule of the Nazi Party, with millions more non-Aryans withering in death camps, and entire populations living through a reign of the deepest irrationalism.

Another one of those quoted men is famous as a hero of the Civil War, and also as a brutally merciless advocate and practitioner of so-called “scorched earth” warfare against the South.

The third is a man millions of whose fellow German Jews died under the rule of the Nazis, a reign of death that probably could not have ended without the “older men” who made the political decision to resist them, and the “younger men” who fought and died in that resistance.

It is always easy to find quotations condemning war. Everyone who has ever fought in a war, or survived in the middle of one, is likely a living fountain of such quotations, understandably. That, however, does not prove that all war is meaningless, for it leaves out of account the question of whether some terrible and stupid horrors might nevertheless be worth it.

The universal “futility” of war, per se — leaving aside the many cases of genuinely stupid or evil arguments on which men have been compelled to fight — is only futility from a God’s eye perspective. That is to say, if death or oppression at the hands of tyrants is the only apparent alternative to fighting, then it is only from a generalized horizon — “Men are fools!” — that one can say that war in defense of life and freedom is “futile.” The fools of war, in other words, are the men who force others into the position of having no choice but to fight and die merely to defend their birthright. The brutality of war rests not in the generic fact that men kill each other, but in the fact that good men are left with no choice but to kill others in defense of their lives, their families, or their homelands, or else be killed in the name of evil or ridiculous things.

I suppose I have to take some of the blame for instigating this anti-war quotation battle at American Thinker. For in my article, as a shorthand way of noting that of course many of the proximate “causes” for which men are sent to fight are questionable or downright illegitimate, I inserted this quotation:

“A thing is not necessarily true because a man dies for it.” — Oscar Wilde

However, Wilde’s statement itself is a truth for which one perhaps ought to be willing to die.

Furthermore, it does not follow from Wilde’s line that a thing is necessarily false because men are willing to die for it.

Neither, on the other hand, does it follow that a thing is necessarily false because men are not willing, or are no longer willing, to die for it.

As so many people like to say in this age, we all live our lives in the fog; uncertain, that is, of the ultimate meaning and value of our choices, or of the choices of others around us. One ought to be careful, however, to distinguish life’s inescapable fog — our innate ignorance and fallibility — from the manmade fog that we willingly foster around ourselves because fog is a convenient excuse for absolving ourselves of the terrible responsibility of deciding where to pitch our flag and say, “I would die or kill, if necessary, for this.”

Those who refused to let life’s natural fog be their excuse for refusing to choose, and who paid the ultimate price for their choice, or the choices of others, are not to be dismissed as having “died in vain” merely because war is in itself brutal, futile, and stupid. Yes it is, but fighting for a just cause or righteous belief is not. Surely the harsh sunrises of the past century — not to mention all the previous centuries — have cleared the fog enough for us to see that. 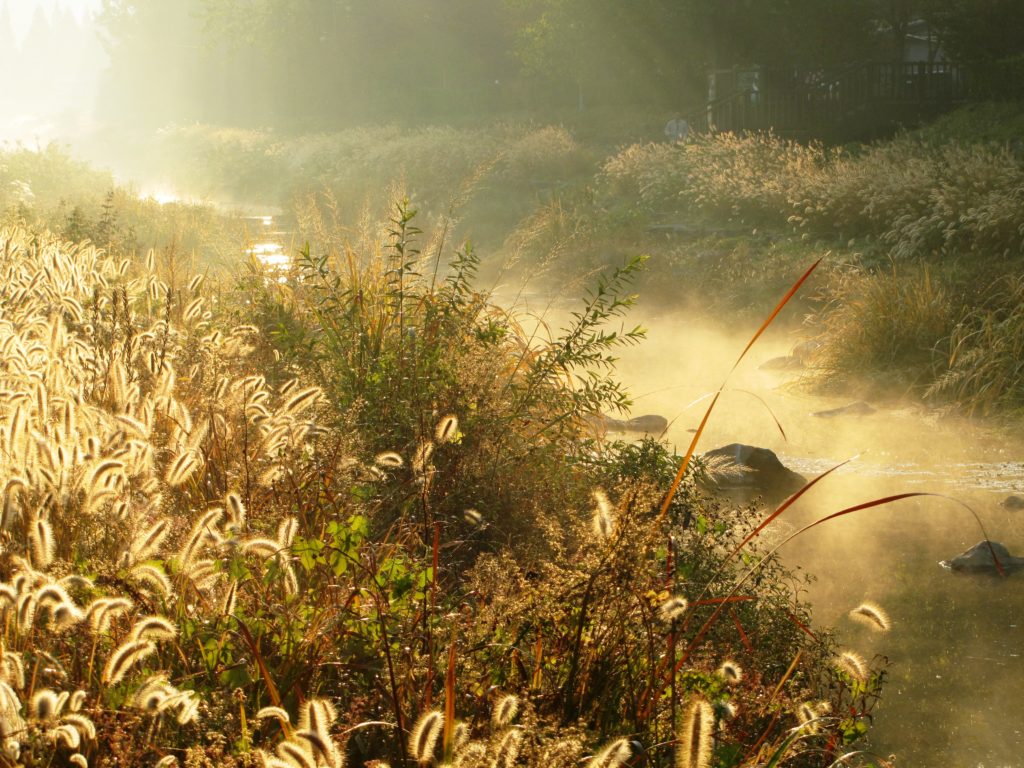