Feminists on the Injustice of Pregnancy 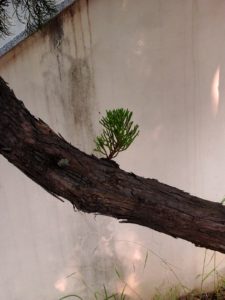 Korea’s recently-elected progressive government has announced plans to begin “research” on the country’s restrictive abortion laws, which, of course, is another way of saying they are going to get the ball rolling on legalizing abortion.

This initiative is merely an effort to bring the letter of the law into sync with the spirit of national decay, since many thousands of illegal abortions are performed in Korea every year, and public opinion, especially among the younger generations, tilts hard in the direction of complete legalization. (I’ll have a lot to say about this in the near future, as I have recently had the misfortune of coming face to face with the disturbing amorality of young Koreans on this issue — so disturbing, in fact, that I have forestalled writing about it publicly at all, out of sheer dismay and nausea at the truth I have been forced to accept about the people with whom I spend much of my time, namely young middle class Koreans.)

Today, I merely wish to draw attention to the particularly telling symbolism chosen by the feminist vanguard in this latest front in the progressives’ global war against human life.

For reasons related both to respecting copyright and to respecting the taste of my readers, I refer the braver among you to the news article linked here, from The Blaze. (It will open in a new tab, so you may continue reading here in Limbo without interruption as you click that link.)

As you will see, the photo accompanying the article shows a group of smiling, placard-wielding activists. I wish to draw your attention to the artwork on those placards, which is, in my opinion, the most pithy, almost eloquent distillation of the essence of feminism that you will see anywhere.

In brief — in case you took my tastelessness alert to heart — the placards depict a simple variation on the typical portrayal of the myth of Sisyphus, with the king pushing a boulder up a mountain changed to a woman pushing — wait for it — a womb with a developing fetus in it up that same mountain. The Korean words next to the image read, “Stop the crackdown on abortion — abortion is a woman’s choice.” In the top left corner of the placard we see a small female or “Venus” symbol, with a clenched red fist inside.

To begin with, the juxtaposition of those two icons — the womb containing a fetus (bad) vs. the Venus symbol containing a fist (good) — says it all. The story here is simple: defiance against pregnancy — against the injustice of motherhood.

And make no mistake about it: from the progressive egalitarian perspective, motherhood really is unjust, simply because it is a burden that women bear, but men do not.

“But it’s a natural fact!” might seem a rational reply to you, but not to a progressive. Progressivism is, and has been since its earliest instantiations in 19th Century Germany, an anti-nature ideology. Progressives are, in theory and in practice, rebels against the imperatives of nature. (Environmentalism is not a pro-nature position, by the way. It is merely one of the cleverest delusions or self-delusions in the progressive rebellion against human nature.) All of progressivism’s “systemic oppression” theorizing is, in the end, mere marginalia used to make the basic position seem more rational. The basic position is this: Nature is unfair and regressive; a new, self-generated humanity must liberate itself from nature’s imperatives in order to live in the freedom and justice of the artificially contrived and controlled society.

Hence, the proper progressive woman’s position toward pregnancy and motherhood — toward the womb full of developing natural life — is defiance, the fist of war, angry violence, hatred. In short, feminism.

And to understand what freedom means to progressives, and hence why they seem constitutionally incapable of understanding notions such as the rule of law, limited government, and individual responsibility, consider more carefully the main image, the female Sisyphus pushing an impregnated womb up a mountain.

Sisyphus is pushing that boulder up a mountain as a punishment from the gods — Nature in modern parlance — and the keys to his ordeal are that it is (a) inescapable, and (b) never-ending: that boulder will roll back down the slope at the moment he reaches the summit, and he will have no choice but to start his grueling labor yet again. The combination of inescapability and perpetuity forms the essence of the gods’ punishment of Sisyphus.

The briefest comparison of this situation to the feminists’ laments about the “fate” of pregnancy reveals the inanity of the analogy. The Sisyphean labor is by design futile. The labor of pregnancy results in new human life, a sea of potential meaning and happiness for both the new child and the parent. Sisyphus can never leave his painful labors behind; he must work all his life toward a goal he knows to be unattainable — and worse than unattainable, a mockery of purposefulness. An expectant mother, by contrast, knows she has a very high likelihood of success in her endeavor, and that her mission is not only purposeful, but history’s chief exemplar and metaphor of purposefulness itself.

And purposefulness means more than merely “having a natural goal.” It also means intentional, i.e., aiming at a goal. This implication highlights the biggest problem with the feminist advocacy of abortion in the name of “a woman’s freedom of choice.”

For the abortion advocates, the message here, unheard by them but ironically revealed within their own chosen imagery, is straightforward: If you don’t want the burden of pregnancy, don’t choose the one course of action that may be expected to result in pregnancy. The freedom to choose is yours. Choices have consequences. One who makes a choice with natural (but undesirable) consequences has no one to blame but herself when those consequences arise.

Sisyphus learns nothing if he blames his boulder for his own poor choices. If Sisyphus is a woman, and the burden resulting from her choices is motherhood, then blaming the “boulder” is not only folly, but the heights of immorality and unnaturalness. She is conveniently overlooking the real freedom of choice that she had, in favor of asserting the “freedom” to end a human life that she carelessly chose — yes, choices often have natural consequences we didn’t sufficiently consider — but which she now regards as an inconvenient burden.

To add to the perfection of the Korean feminists’ abortion imagery — the eloquence I noted above — consider this: the gods punished King Sisyphus in part for his ultimate violation of the moral rule of hospitality, by killing guests and other temporary travelers through his kingdom. The feminists, by choosing to adapt Sisyphean imagery for their own ends, and even to juxtapose it with a fist of power, brilliantly expose themselves as what they really are: sinfully inhospitable hostesses, who claim the “right” to invite unwelcome guests into their city only to kill them in a twisted conception of defending their own power.