Creepy lawyer Michael Cohen signs a plea deal in which he pronounces himself guilty of federal crimes, and implicates Donald Trump in those crimes by declaring that he committed some of them at “the candidate’s” direction, for the express purpose of influencing an election campaign.

Mark Levin, a lawyer, along with a radio guest who is also a lawyer, buck each other and Levin’s Trumpkin listeners up by reassuring each other and the listeners that in fact the payments Trump signed off on were not, as Cohen’s plea deal says, campaign law violations.

Therefore, as Levin and guest blithely insist, Trump is not guilty of any crime! You see, he merely directed his personal attorney to make private “hush money” payments to two sleaze merchants — Playboy model and pornographic actress — with whom he had “affairs” (“affair” is short for “love affair,” and I seriously doubt anything vaguely resembling love entered into these icky interactions on any side; hence my scare quotes) — and then, when caught, denied having done anything of the sort for months (a tidbit Levin and guest conveniently ignore), thereby leaving used-up old sex partners hanging out to dry since of course they deserve no better, being just a nuisance at this point.

All this stellar legal reasoning, you may have noticed, is being spent on defending a man who, throughout his very public adult life, has exhibited the moral compass of (his friend) Bill Clinton and the social responsibility of (his friend) David Pecker — the latter, in case you missed it, being the publisher of the National Enquirer, which officially made one of the hush money payments mentioned above on “the candidate’s” behalf, as a way of masking “the candidate’s” involvement.

Thanks to Levin and his fell0w lawyer guest, Cohen’s mistaken plea has been undone. Trump couldn’t have committed this campaign law violation (i.e., federal crime), because no such violation actually occurred. Too bad for Cohen that he isn’t a lawyer himself (let alone “the best”) and didn’t have any legal representation of his own to help him decipher these matters before he signed the plea deal. Oh, wait….

And now swamp-dweller Bill Kristol, who seems ready to return to his Democrat roots to stop the runaway (but perfectly legal!) swamp train that is Donald Trump’s presidency, has done the unthinkable, and drawn a hypothetical line connecting Trump to the criminality of his subordinates and employees:

Just spitballing here, but if Flynn is guilty, and Manafort’s guilty, and Cohen’s guilty…maybe Trump’s guilty?

Okay, that’s a cheap shot and illogical, right? Except that, as noted above, Michael Cohen just swore that Trump is guilty.

For his troubles, Kristol, shockingly, has come in for some constructive criticism from lawyer Mark Levin on Facebook:

Bill Kristol is a clown. Manafort’s and Flynn’s legal issues have nothing to do with Trump. And Cohen’s plea bargain results from Cohen’s tax evasion. The campaign violations are baloney and Were not adjudicated. Kristol’s pomposity and hate for Trump are boundless.

Bill Kristol is an establishmentarian extraordinaire, a leading neo-conservative anti-constitutionalist, and a man with a vested interest in the Washington status quo. Pompous, yes. But he is fairly obviously not “a clown,” nor any of the other belittling things Levin’s fellow Trump cultists are calling him on the global interweb today. Levin’s whole attack on Kristol here — especially in light of the fact that Kristol’s “spit-balling” hypothesis is actually understated, given Cohen’s plea — is based on nothing but the claim that Kristol’s “hate for Trump” is “boundless.”

Well, we can’t have that now, can we? We can’t have anyone on the GOP side of the tribal binary choice war actually showing “hate” — i.e., strong and uncompromising objection — at having the GOP tribe represented by the man described (conservatively) in my third paragraph, above. Heavens, no. This is where the former conservative movement is today: Criticizing or questioning the GOP’s figurehead of the moment constitutes “boundless hate” and legitimizes the slinging of every kind of personal insult and ad hominem argument, while squirming oneself around said figurehead’s stupidity, vulgarity, childish amorality, and utter disdain for statesmanship, constitutionality, and liberty, all in the name of defending the tribe — can anyone remind me, again, why the GOP is worthy of defense at the expense of everything you ever stood for? — is patriotism itself.

Remember when people who called themselves “conservatives” thought Bill Clinton was unqualified for office based on his evidently being a slightly less creepy version of Donald Trump? Now, of course, those “conservatives” are being proudly represented by the slightly creepier version of Bill Clinton, so all’s well with the world. After all, he didn’t actually commit a crime with those carefully hidden pre-election hush money payments to his creepy temporary bedmates — and (just between us Trump buddies) c’mon, who wouldn’t jump at the chance to do a porn star? (How much is this cult driven by pure celebrity- and wealth-idolatry? Ninety-nine percent? Higher?)

For years, many progressive establishmentarians of the Republican elite objected to the moral self-righteousness of so-called social conservatives who refused to bow before the creepy trends of our amoral and egomaniacal progressive era, arguing that being sticklers for virtue and “traditional values” (hate that expression) would alienate potential Republican voters who like capitalism but are put off by all this “character” and “morality” talk. Well, the establishmentarians got their wish, in spades. The former conservatives are out there positively defending the lowest forms of turpitude on the grounds that their creep “fights” or “is good for the economy.” And after all, he didn’t actually break the law, so stop all this boundless hate! 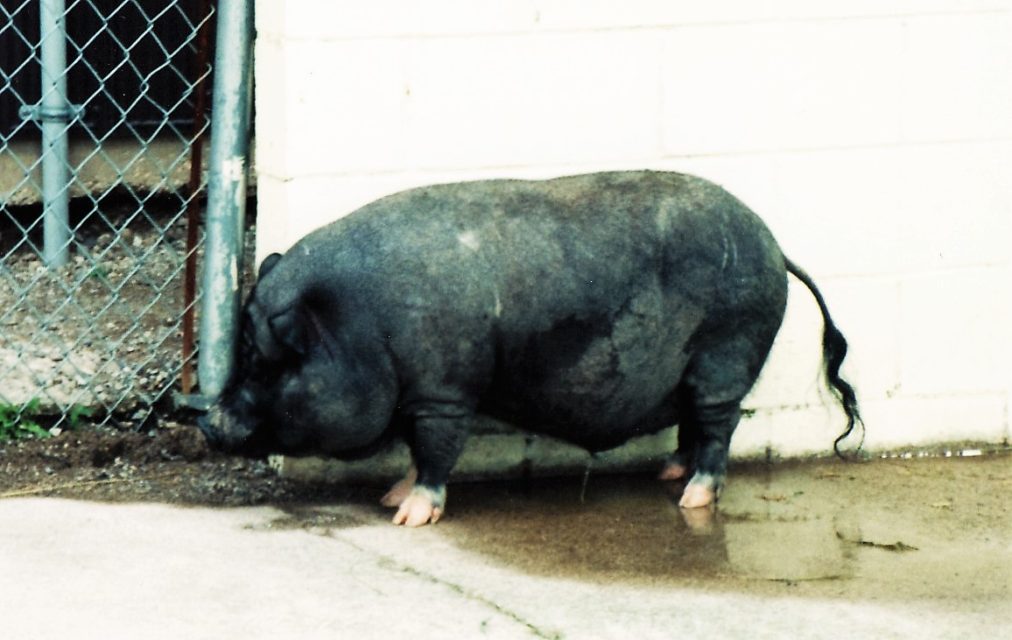