“Health Canada considers sweeping ban on junk food ads aimed at children and teens.” So reads the headline at CBC News. And with that matter-of-fact announcement — just a normal day’s political news in the true north weak and socialist — a nation quietly declares itself lost to freedom forever. D-Day memories of the brave Canadians at Juno Beach washed away in a tide of authoritarian progressivism. Freedom traded for paternalistic social engineering in the name of protecting children from over-salted cheese.

“Most of the foods that are marketed to kids are these ones that are high in fat, high in sugar, high in sodium, so that’s what we’re looking at,” said Hasan Hutchinson, director general at Health Canada, who is overseeing the consultations.

“That would then cut out all of the things like, of course, your regular soda, most cookies, cakes, pies, puddings, ice cream, most cheeses because they are high in fat, they’re high in salt,” he said.

When Canada elected Justin Trudeau, the foppish son of the foppish Maoist Pierre, I warned that what little was left of Canada as a representative democracy was on the verge of being swept into the ash heap of history by a wave of kneejerk neo-Marxist populism — imagine Barack Obama without any constitutional limits. Many of my fellow Canadians — collectively the most self-righteous “nicest people” in the world — accused me of overreacting to this disturbing new wave of nihilistic Trudeaumania, or of exaggerating the ideological seriousness of “young Trudeau,” as they breathlessly dubbed him.

But there is no way to overreact to the political dangers of a nationwide personality cult. And far from exaggerating Trudeau’s ideological purity, my point was precisely that Canada had fallen to such a level of ethico-political degradation that no ideologue was necessary to tip the scales toward totalitarian government; a vapid, politically correct attention-seeker would do the trick well enough.

And so he has, as his government has aligned itself with that of Kathleen Wynne, the Marxist premier of Ontario — the country’s most populous province — to produce government in a politburo style, with naturally curly hair. From legal preferences for sexual deviancy to legal punishments for emitting carbon, from Castro-loving to Christian-hating, and from outlawing criticism of Islam to normalizing drug abuse, Trudeau’s government is checking all the Euro-socialist boxes, all the while hiding behind the leader’s pretty boy celebrity and prime ministerial pedigree.

But to remind everyone of that pedigree, Pierre Trudeau was the man who, through his panache and his clever exploitation of social trends of the 1960s and ’70s, shifted Canada irrevocably leftward: a close friend of Fidel Castro, a vocal admirer of Mao Tse-tung, and thus North America’s first openly communist-sympathizing national leader, preceding Obama by forty years.

Beyond all its legislative radicalism, the first Trudeau era was most significant for nudging Canadians into a gradual acceptance of a principle quite out of step with Western classical liberalism, but perfectly in keeping with Eastern collectivist authoritarianism, namely that the State is not a representative of the people whose interests it serves, but rather the rightful micromanager and mother hen of men’s daily lives, determining and enforcing correct attitudes and preferred interest groups with impunity and without restraint. In short, neo-Maoism.

Now “young Trudeau’s” government is proposing a “sweeping ban” on the marketing of legal food products. The absurdity of this proposal is outdone only by its paternalistic offensiveness.

And lest we fall into the common error of imagining that progressivism is purely a “left-right” issue, it should be noted that one of the backers of this push for the selective violation of free speech and parental authority is a Conservative senator, Nancy Greene Raine — an iconic Canadian skiing champion, who has apparently decided to take the whole country downhill with her this time.

“Some products that are being marketed to children are, in my mind, very harmful,” she says. And so, with a progressive authoritarian’s typically deliquescent moral reasoning, Greene Raine blithely determines that anything harmful “in her mind” ought simply to be outlawed, rather than argued against.

Whence comes the authority, let alone the gall, of the government of an ostensibly free country to propose something as presumptuously dictatorial as a ban on free speech regarding unhealthy foods? Why is the government in the business of deciding which foods are healthy or unhealthy in the first place? And how unhealthy does a food have to be before it is caught under this authoritarian umbrella? Is there a scale of unhealthiness that would make any sense here?

And what if a product, say, peanut butter, is judged healthy enough to be marketed to children, though it is known to be literally toxic to a small number of people? Don’t those children with peanut allergies have the same “right” to protection from unhealthy advertising (i.e., speech) as everyone else? Should the government therefore curtail advertising on every product that is known to have, or is suspected of having, a potentially harmful effect on the health of any child, in the name of “fairness”?

And by “child,” here, it is worth noting that the proposed restrictions would apply to marketing aimed at anyone up to seventeen years of age. Thus, a Canadian may be legally old enough to drive a car, or even get married, but still warrant nanny state protection against Oreo cookies.

Isn’t it interesting that the same government that thinks it has the moral authority to ban the marketing of unhealthy food products has no qualms about children listening to today’s over-sexualized, mind-numbing, taste-demolishing pop music. Is moral health less important than physical health from the point of view of a national government? If you have read Brave New World, or listened to Michelle Obama rant about broccoli while praising Beyoncé’s hooker act as an empowering model for girls, you already know the answer.

Isn’t it telling that the same progressives who believe companies should not be allowed to market sugary cereal to teenagers are actively encouraging those teenagers to “experiment” with their sexuality, while simultaneously teaching them that it is unacceptable, in fact criminally “phobic,” to oppose unlimited immigration from Muslim countries, or to question the pseudo-religious practice of female genital mutilation? In fact, the two perspectives are consistent, in that both entail the state regulation of individual life and conscience in the name of the universal progressive religion, Holier-than-thou-ism.

Several years ago, a Liberal Party spokesman publicly criticized a Conservative Party plan to fund child care through direct subsidies to parents by saying ordinary people would just use the money to buy beer and popcorn. This “gaffe” perfectly encapsulates the progressive mind. Private citizens cannot be trusted to act responsibly and take care of themselves. In fact, private citizens are not rational beings at all, but only an unindividuated mass easily directed by temptations and desires of the moment. (A self-fulfilling progressive prophecy, of course, since public education and generations of welfare statism produce exactly such a morally limp citizenry.) Only the state, from the progressive point of view, can be trusted to choose properly for everyone.

The proposal to ban the marketing of “junk food” may seem minor to those disinclined to focus on underlying principles. But it is important because it indicates the extent to which a nation with a classical liberal heritage may be gradually, peacefully divested of all moral and political principle through generations of public schooling and progressive propaganda. It is not difficult to foresee where this degraded national soul tends, once unleashed to the degree we see today.

For once the principle has been established that the government supersedes parents in the task of managing the daily habits and sensibilities of children, what is to prevent the same government, or a subsequent one, from criminalizing parents who offer unhealthy foods to their children? Or parents who do anything else the government has deemed “unhealthy”? There would be no principle to stand on in opposing such measures, and progressives know it. This gradualism, of course — establishing or undermining a principle in order to grease the skids for subsequent degradations — is what puts the progress in progressivism.

And in the interim, regulations such as this proposed ban on advertising of unhealthy foods targeting children achieve the ultimate progressive aim of totalitarian control stealthily, by psychological manipulation. Make advertising certain products illegal, and the products acquire a stigma that will slowly cause even responsible parents to think twice before offering a treat to little Johnny for finishing his math problems. Then comes the day when Mom notices the other mothers at ballet rehearsal looking askance at her for offering her daughter a slice of cheese, those other mothers having previously been pressured into doubting their own behavior by these same regulations.

The Chinese turned this method of combining micro-regulation with neighborhood peer pressure and spying into an art form, but it is often used in North America as well, as it was, for example, to stigmatize spanking as child abuse, and as it now being used in the opposite direction to normalize transgenderism. That Canada’s liberal elite would take a page from Mao’s playbook is hardly surprising. In fact, that has been their dream for fifty years. 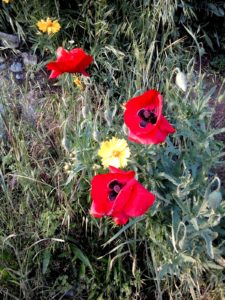 The piece I wrote in the immediate aftermath of Justin Trudeau’s election was somewhat facetiously titled “Whither Canada?” Now, sadly, we know. Pierre Trudeau’s dream of a Castroite, Maoist Canada, unrealizable in his lifetime, now looks all too plausible, thanks to the poster boy vacuity of his son, the nostalgic Marxism of “liberals” like Kathleen Wynne, and the sleepy conscience of a nation that has utterly succumbed to the allure of soft despotism.