The Significance of Suffering

Recently, a bright-eyed, enthusiastic Korean student asked me for winter reading recommendations. To choose appropriately, I engaged her in two hours’ general conversation aimed at gaining a better understanding of her character. At one point, I asked her the half-whimsical question, “If you were on a plane that was about to crash, whom would you want sitting next to you?”

Her eyes widened briefly, but then she asked, matter-of-factly, “Is it certain that I’m going to die?”

I replied, “Well, it’s a plane crash, so your chances are pretty bad.”

She reflected on this situation for a moment, and then answered with cool practicality: “Kim Jong-un.”

“But,” one might object, “wars and famines affect millions of people, and recur throughout the centuries, so they are neither confined to one person nor limited to one life span.”

On the contrary, each experience of human suffering — and without any experience of suffering, there is no suffering — is the experience of one man, one woman, or one child, and is thus confined by definition to the life of that single person. There is no collective experience, strictly speaking, either by way of simultaneity or of contiguity. “Mankind” is an abstraction, and suffers nothing. All human suffering, being the private experience of one person, is therefore infinitesimally brief and transient in the grand scheme of things, just as is true, for the same reason, of all human pleasure. It is no more reasonable, therefore, to imagine suffering is ultimately real, or of definitive significance, than to imagine that the gratification you experience while scratching an itch is ultimately real and definitive.

Viewed from a purely rational perspective, then — that is, from the perspective of ultimate truth — suffering is of little or no consequence. In other words, the existentialists’ obsession with suffering as intrinsic to the meaning of life, or even as life’s essence, indicates nothing but a lack of philosophic perspective, which is to say a lack of wisdom regarding the ultimate insignificance of one’s individual material existence. To state this from the reverse angle: Contrary to what the existentialists think they are saying, to validate human life on the grounds that we suffer so much is, in fact, subtly to aggrandize oneself at the expense of the whole universe, by in effect declaring, “My personal hardships are so meaningful that they negate or override everything else.” This is nihilism in its most decorous and ubiquitous form.

We are not gods, however, and therefore have no choice but to experience ourselves as individual human beings, which means, initially, beings of a predominantly material nature. That is, we begin life as more potency than act, more incarnation than idea; hence suffering, in the narrow sense of that word related to the problem of evil — i.e., a passive impression of a pointedly negative, undesirable character — often appears to comprise almost our whole existence during those moments of its ascendancy, which is to say it certainly seems eminently real to us.

This, in fact, is the point. Aristotle teaches that all learning proceeds from that which is most knowable to us to that which is most knowable in itself. This perfect synopsis of the (philosophic) soul’s progress from the mere perception of beings to the noetic intuition of Being provides a useful analogy — and perhaps much more than a mere analogy — for the progress from suffering as we normally feel it to suffering as it ought to be understood.

What, then, to begin again, is the proper human perspective on suffering, a phenomenon that seems unquestionably and eminently real to the individual experiencing it?

The Greek philosophers, from Xenophanes to Socrates to Aristotle, were quite right to object to the Homeric and Hesiodic depictions of the gods as passionate, immoderate, even wayward entities, on simple logical grounds. As complete beings, immortal and thus inherently beyond harm, they must be presumed to be free either from all change or at least from the kind of change that is a response to error or deficiency. The gods must be eternal, and therefore essentially impassive, which in turn means beyond all possibility of suffering.

Reasoning backwards from this conclusion, we may infer that pain is endemic to non-divine things qua imperfect beings, and specifically to imperfect sentient beings, and most of all to the highest (most sentient) of such beings. From this it is apparent that there is a connection between the capacity to experience pain and a state of existence we might call advanced imperfection, or even, in its highest form, self-aware imperfection. Suffering, we might say, is a living thing’s emotional response to the immediate perception of the distance between its present condition and some optimal or desired condition. Thus, far from having any significance in itself, it is evident that suffering derives its significance or connotation entirely from that preferred condition, the (perceived) absence of which is signaled by the symptomatic response we call suffering.

Suffering is therefore primarily evidence — amply provided, in principle, by the life of every individual human being — of our natural goal-directedness, which is to say of our essential impulse toward perfection or completeness, i.e., toward a theoretically knowable essence.

Within any given individual, however, the personal response to this evidence may tend in one of two basic directions: nihilism (suffering is inescapable and essentially evil, and therefore life is without purpose), or self-knowledge (suffering reveals natural needs and purposes — deficiencies of completion — and therefore guides growth). The former, more common response, leads away from human nature by fostering an inclination to escape into the empty balm of transient pleasures (comfort) to offset or minimize the pains. The latter, truer but less common response, leads toward human nature in the way of self-development, inducing an urge to seek the most fruitful path to a place beyond human suffering (and pleasure), which means the path to our perfection, i.e., the advance into, or quest for, our highest or divine element.

This advance in the direction of our nature’s true (though perhaps practically impossible) fulfillment is the redemption or vindication of our suffering, in that it subsumes or sublimates all the transient, accidental pains into the one essential pain that connects the human being to his non-human (or “superhuman”) core: the longing for eternity.

“From the military school of life: — What does not kill me makes me stronger,” wrote Nietzsche. This famous maxim from Twilight of the Idols is now quoted so frequently and abused so cavalierly that most who use it overlook its key term: “me.”

Nietzsche is not making the universal claim, “What does not kill us (i.e., humans as such) makes us stronger.” In fact, he of all philosophers would probably be more inclined to say that what does not kill most men actually makes them weaker, which is to say it ultimately kills them. Rather, Nietzsche is declaring himself the exception to the human rule, the man who redeems his suffering by sublimating it (in the pre-Freudian, proper sense of that word), which is to say transforming it into the sublime, through a refusal to grant it ultimate significance on its face. In other words, what does not kill Nietzsche makes him stronger because he has learned to resist and reject the typically human, sentimental, and self-diminishing presumption that temporal hardship (of which Nietzsche knew quite a lot) defines him.

But if rejecting the definitive significance of hardship is essential to the triumph of self-overcoming, it necessarily follows that such hardship must first be experienced as hardship — and the more profound the hardship the better. One cannot reject that which is not present to one’s perception in the first place — and in the highest instance, it should be so powerfully, dangerously present that it threatens to overwhelm one’s spiritual resistance in the stifling self-absorption of despair. To say that suffering is “present” is, in the fullest sense, to say that life itself is experienced as suffering, i.e., as hardship, pain, evil. Without this step, Nietzsche argues — and common sense supports him in this — no sublimation or redirection is possible; which, according to the terms I have explained above, means that no longing is possible, which is to say no truly definitive (natural) meaning is achievable in one’s life.

Suffering, then, is, in this sense alone, definitive after all: It is the precondition of redeeming and overcoming suffering. I therefore agree in principle with the following Nietzschean provocation:

To those human beings who are of any concern to me I wish suffering, desolation, sickness, ill-treatment, indignities — I wish that they should not remain unfamiliar with profound self-contempt, the torture of self-mistrust, the wretchedness of the vanquished: I have no pity for them, because I wish them the only thing that can prove today whether one is worth anything or not — that one endures. (Will to Power, §910)

What impressed me about my student’s atypical answer to my plane crash question was that most young people answer that kind of hypothetical — “If you were on a plane that was about to crash, whom would you want sitting next to you?” — with “my mother” or “my lover”; in other words, they view their hypothetical impending death exclusively as a personal tragedy deserving of succor or comfort at the end, even if that comfort should entail the death of a loved one. At best, someone will occasionally answer “my enemy,” although this still suggests an inability to detach oneself from hardship in the name of self-overcoming, since the person who answers this way is seeking a sort of personal comfort in the form of a revenge fantasy.

The young woman who answered “Kim Jong-un,” by contrast, was thinking immediately of a way to make her own hardship — a moment of extreme fear, hopelessness, and palpable agony — meaningful beyond the level of personal succor or material gratification. Her inclination was to make her inescapable suffering significant as something more valuable than suffering, more worthwhile than the sentimentalization of her pain — to redeem the suffering, if you will.

You might wonder whether a twenty-four-year-old university senior, whom I have accurately described as “bright-eyed” and “enthusiastic,” could begin to fathom genuine suffering well enough to have such ennobling instincts attributed to her. I should note, then, that six months ago, this same student’s mother committed suicide. The reason she was asking me for winter reading advice is that her plan is to devour as much classic literature as possible during her final free months before graduation, as she transforms the deep pain of loss and self-reproach into the vital energy that promotes learning, self-development, and a search for ultimate meaning. 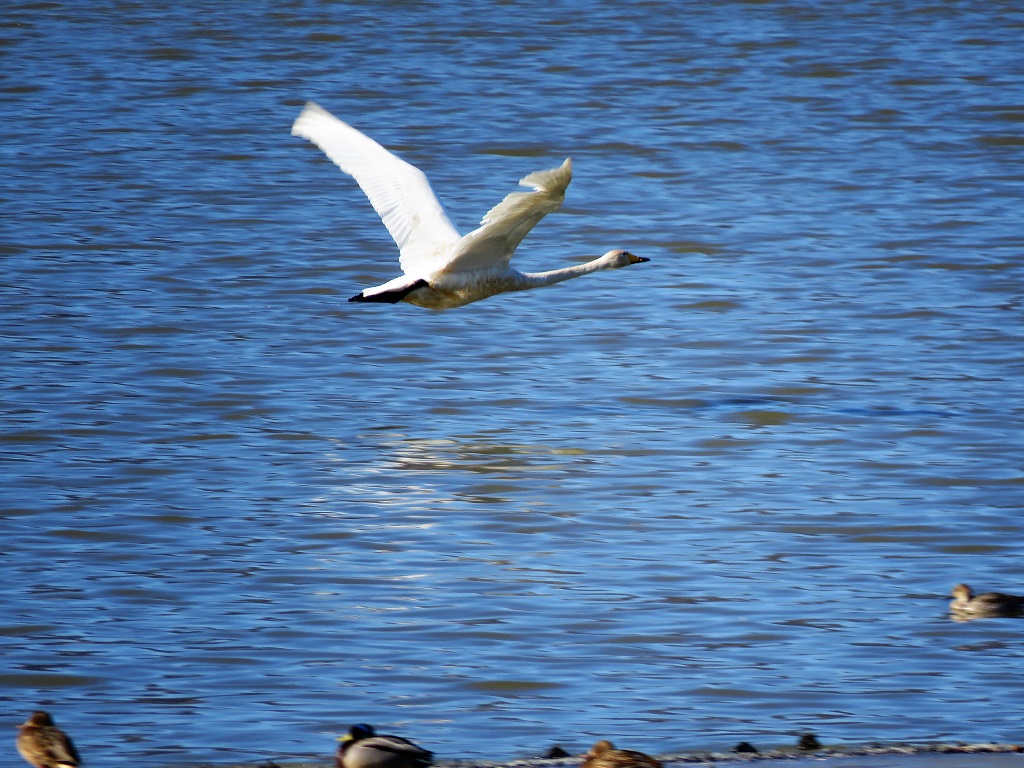