The “No Place for Such Things” Fallacy

One of the arguments being widely used to justify the latest U.S.-led assault against Syria is that chemical weapons have “no place in our world.” In a typical example of this argument on display at American Thinker, the author declares, “For civilized people of the world, the use of chemical weapons is utterly unacceptable.”

Perhaps it is. And what of it?

There is a grand logical leap, a kind of fallacy, in justifying a bombing on the grounds that the target is guilty of acts (correctly) deemed unacceptable in a civilized world. For this bypasses the necessary step of establishing that any nation, or group of nations, has the moral authority or obligation to force the supposed universal rules of civility upon the rest of the world, merely for its own sake.

Even leaving aside the very important question of what legitimate, immediate American national interest is served by such an attack, we may pursue the matter simply on the terms laid out by the proponents of this argument: The use of chemical weapons is unacceptable in a civilized world, and hence it is not only justifiable but imperative that the nations of the civilized world respond with military force. The principle here, in other words, is that if a nation is engaged in an activity that is inconsistent with the life appropriate to a civilized people, then the world is compelled (i.e., morally obligated) to bomb that nation.

Let’s go there, shall we?

Socialism is, by definition, the elimination of private property in favor of State ownership and management of the means of production, and the forced redistribution of wealth without regard for individual ownership. But the institutional protection of property has been a foundational principle of all known civilized social arrangements throughout history, being the practical precondition of agricultural production, economic development, voluntarism in trade and association, personal privacy, and the pre-political social unit at the base of all viable political communities, the private family.

Therefore, on the “unacceptable in a civilized world” principle, it seems the world is compelled to bomb Norway, Sweden, and Finland.

Abortion on demand, as a public policy, permits the forced elimination of human life on the mere whim of the mother. In the U.S., more than six hundred thousand legal abortions were reported in 2014 alone — more than five times the total number of international fatalities from the poison gases widely used throughout the entire First World War.

Therefore, on the “unacceptable in a civilized world” principle, it seems the world is more than amply compelled to bomb the United States.

Several European nations have declared war on Down Syndrome, with the stated goal of eliminating this handicap summarily by killing every single fetus found to be afflicted with it. And yet one of the traditional measures of a civilized people is its willingness to protect the weakest among them, and in general to show reverence for the value of every human life, regardless of utilitarian calculations of social usefulness.

Therefore, on the “unacceptable in a civilized world” principle, it seems the world is compelled to bomb Iceland, the Netherlands, Denmark, and Great Britain.

We could go on with similar examples for quite a while, but I think the point is sufficiently made. To make the decision to engage in military aggression on the principle that one’s intended target is acting in a manner unacceptable in a civilized world is to establish a precedent that would seem to justify — nay, rather, on the argument, to require — immediate military intervention against most of the nations of that very civilized world itself.

All the more absurd is that this fallacious argument is used not to justify bombing the uncivilized offender into incapacity, i.e., to the point of rendering him incapable of resuming his uncivilized behavior, but merely to the point of “sending a stern message.” The message, in effect, is this: “Your behavior is utterly unacceptable in an uncivilized world — and we just wanted you to know that.” Is the issuance of such a message — a Twitter bomb, in effect — sufficient warrant for initiating action that could launch a wider war, or risk killing more people, including innocents, than the original uncivilized act that supposedly justified this “message” in the first place?

And then there is this consideration: The entity Assad attacked with chemical weapons was an Islamist rebel faction, Jaish al-Islam. This faction, vying to supplant the Assad regime in favor of turning Syria into an Islamic State safe haven, has itself been accused of using chemical agents in an assault on the Kurds in 2016. Is avenging the deaths of sixty or so members of an Islamist militant group (and their families) worth escalating tensions with a major nuclear power (Russia)?

And this: What we call “chemical warfare” is a method of war that has seen widespread use reaching back thousands of years — throughout most of the known history of what we properly and unqualifiedly call “the civilized world.” At what moment, exactly, did this form of warfare, practiced by Solon — the statesman traditionally acknowledged as having laid the foundations of Athenian democracy — become so inconsistent with the basic principles of civilized existence that the very suggestion of its use is enough to override normal concerns of national interest and diplomatic restraint?

And yet, the world and human nature being what they are, we continue to regard it as the minimum of political rationality to prepare ourselves for the threat of war, by producing and stockpiling the means to the greatest incivilities, which may, sadly, be needed at some point as a last-ditch means of restoring civilization itself.

The statement, “For civilized people of the world, the use of chemical weapons is utterly unacceptable” is a truism; but it is not, on its face, an argument for attacking any state that happens to use such weapons, irrespective of the reasons or conditions that led to this use, and irrespective of any compelling national security interests of the attacking nations that might be entailed by the use in question. Or if it is, on its face, such an argument, then it seems to me that one would have to explain why socialism, legalized abortion, the annihilation of the disabled, and a dozen other violations of the premises of civilization at least as fundamental as (or more so than) chemical weapons, are not also legitimate causes for sending similar “messages” — some of which would properly land right on our own self-righteous, international-law-infested heads. 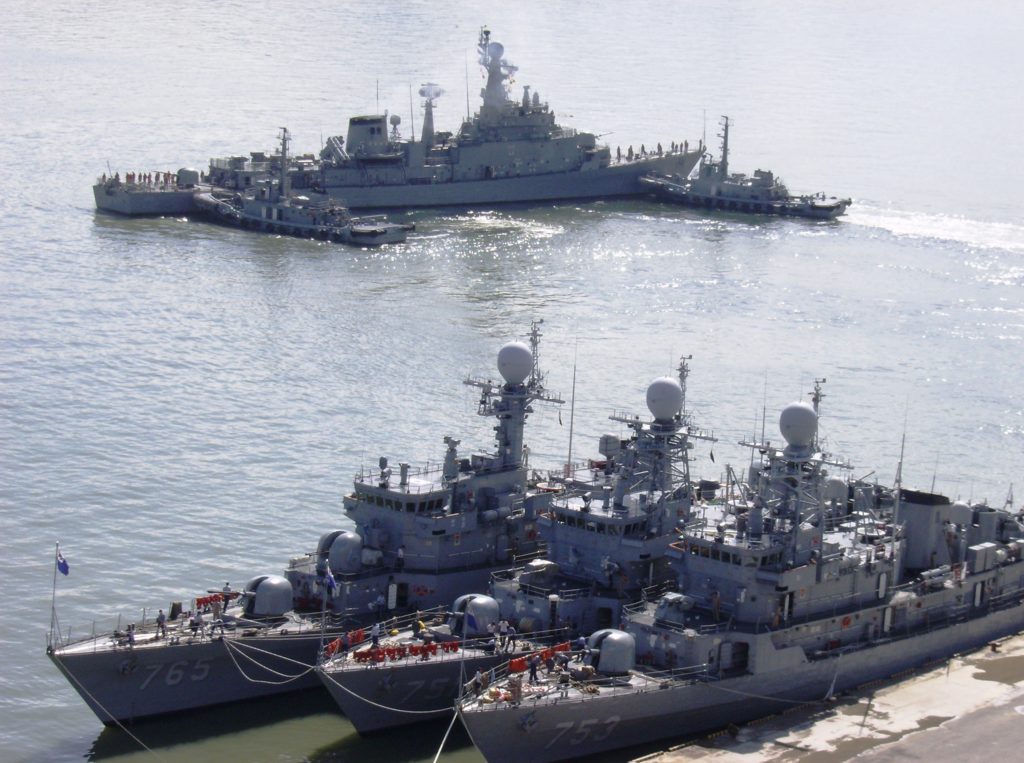