Reports on Mothers and Their Influence

Offering my personal Mother’s Day wishes to my own mom here on my website would make me feel a little like those men who ask someone to marry them by means of a skywriter during the seventh inning stretch at a baseball stadium — that is, one so desperate to impress himself that he forsakes personal feeling for public performance, sincere expression for the grandstanding gesture.

Still, it seems fitting to honor mothers in some way on this day, not because I care much for the conventional formalities of a holiday conceived largely for commercial reasons, but because, well, why not?

On that principle, then, please allow me to divert you and myself with a few varied reports on mothers, their influence, and, if you will, their “meaning.”

Socrates: Have you not heard, you absurd boy, that I am the son of a noble and burly midwife, Phaenarete?

Theaetetus: Yes, I have heard that.

Socrates: And have you also heard that I practise the same art?

Socrates: But I assure you it is true; only do not tell on me to the others; for it is not known that I possess this art. But other people, since they do not know it, do not say this of me, but say that I am a most eccentric person and drive men to distraction. Have you heard that also?

Theaetetus: Yes, I have.

Socrates: Shall I tell you the reason then?

Socrates: Just take into consideration the whole business of midwives, and you will understand more easily what I mean. For you know, I suppose, that no one of them attends other women while she is still capable of conceiving and bearing but only those do so who have become too old to bear.

Socrates: They say the cause of this is Artemis, because she, a childless goddess, has had childbirth allotted to her as her special province. Now it would seem she did not allow barren women to be midwives, because human nature is too weak to acquire an art which deals with matters of which it has no experience, but she gave the office to those who on account of age were not bearing children, honoring them for their likeness to herself.

Socrates: All that is true of their art of midwifery is true also of mine, but mine differs from theirs in being practised upon men, not women, and in tending their souls in labor, not their bodies. But the greatest thing about my art is this, that it can test in every way whether the mind of the young man is bringing forth a mere image, an imposture, or a real and genuine offspring. For I have this in common with midwives: I am sterile in point of wisdom, and the reproach which has often been brought against me, that I question others but make no reply myself about anything, because I have no wisdom in me, is a true reproach; and the reason of it is this: the god compels me to act as a midwife, but has never allowed me to bring forth. I am, then, not at all a wise person myself, nor have I any wise invention, the offspring born of my own soul; but those who associate with me, although at first some of them seem very ignorant, yet, as our acquaintance advances, all of them to whom the god is gracious make wonderful progress, not only in their own opinion, but in that of others as well. And it is clear that they do this, not because they have ever learned anything from me, but because they have found in themselves many fair things and have brought them forth. But the delivery is due to the god and me.

Next, the modern perspective, namely that of suffering womanhood. This via James Joyce’s short story, Eveline:

Her time was running out but she continued to sit by the window, leaning her head against the window curtain, inhaling the odour of dusty cretonne. Down far in the avenue she could hear a street organ playing. She knew the air. Strange that it should come that very night to remind her of the promise to her mother, her promise to keep the home together as long as she could. She remembered the last night of her mother’s illness; she was again in the close dark room at the other side of the hall and outside she heard a melancholy air of Italy. The organ-player had been ordered to go away and given sixpence. She remembered her father strutting back into the sickroom saying:

As she mused the pitiful vision of her mother’s life laid its spell on the very quick of her being — that life of commonplace sacrifices closing in final craziness. She trembled as she heard again her mother’s voice saying constantly with foolish insistence:

And finally, the ultra-modern perspective, which is to say the dystopian future that will soon be present truth, from Aldous Huxley’s Brave New World, Chapter Three, the description of motherhood by World Controller Mustapha Mond — though the first half of this passage could easily have been written by John Dewey, and essentially was — spoken to a group of blushing, disgusted students:

And home was as squalid psychically as physically. Psychically, it was a rabbit hole, a midden, hot with the frictions of tightly packed life, reeking with emotion. What suffocating intimacies, what dangerous, insane, obscene relationships between the members of the family group! Maniacally, the mother brooded over her children (her children)…brooded over them like a cat over its kittens; but a cat that could talk, a cat that could say, “My baby, my baby,” over and over again. “My baby, and oh, oh, at my breast, the little hands, the hunger, and that unspeakable agonizing pleasure! Till at last my baby sleeps, my baby sleeps with a bubble of white milk at the corner of his mouth. My little baby sleeps….”

HAPPY MOTHER’S DAY TO ALL CONCERNED! 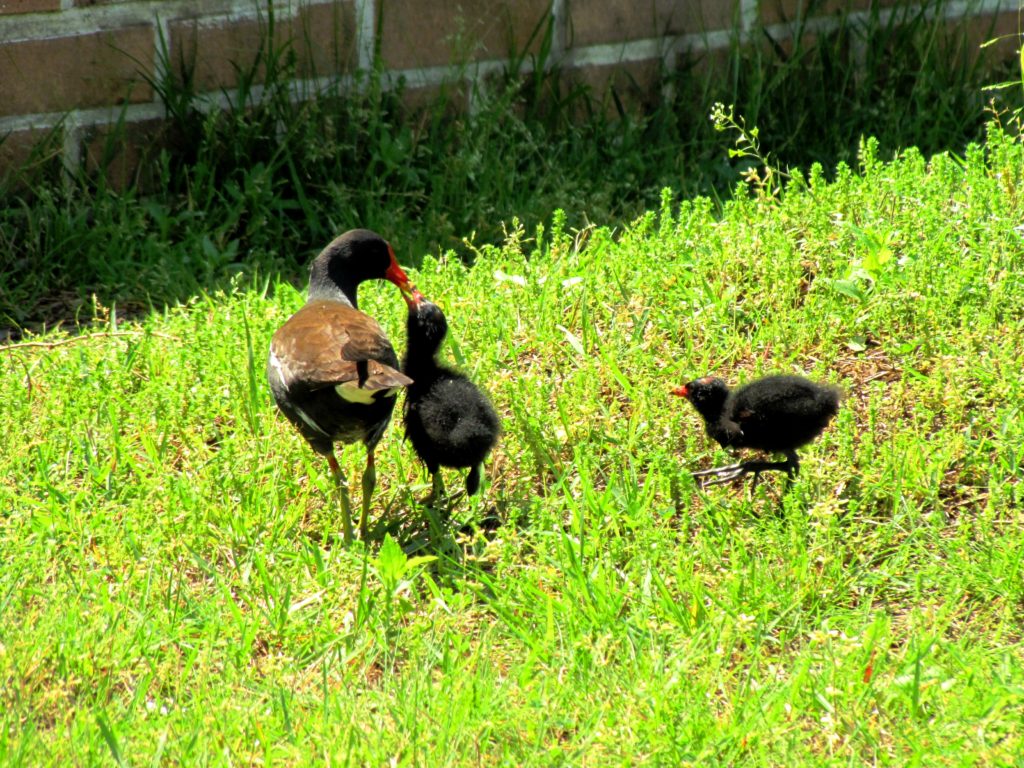