Donald Trump is apparently convinced that “no politician in history…has been treated worse or more unfairly.” His followers, likewise, are convinced he is being illegitimately blocked, thwarted, stymied in his efforts to “make America great again.” The reason he can’t get things done, they insist, is that he is being restrained and resisted as no president has ever been restrained and resisted before.

Would that it were so. In fact, would that Americans, and their president above all, could remember that according to America’s founding design, the President of the United States is actually supposed to be restrained and resisted as no political leader has ever been before.

In other words, the United States is the only country explicitly founded on the principle that the single most powerful government official is to be matched in power by other, counterbalancing government bodies, and severely limited in his range of authority and action by the law of the land. That’s the difference, or rather was the difference, between an American President and those leaders for whom Trump has so often expressed admiration, from Vladimir Putin to Kim Jong Un. “Getting things done” is not a proper claim to fame for an American President. “Doing no harm” would be closer to a suitable mission statement.

Of course Trump, being (a) uneducated, (b) a natural moron, and (c) an infantile blowhard, believes that, having won an election, nothing should stand in the way of his doing whatever he likes. And that, above all the other good reasons, is what should have disqualified him from becoming President in the first place. Temperamentally, he is precisely the opposite of the kind of man a constitutional republic needs.

Socrates, in Plato’s vast speculation on the nature of justice and good governance, begins with the impractical but informative premise that since political power is most susceptible to abuse by men of corrupt ambition and petty self-interest, the most necessary condition for the establishment of a just city is that it be governed only by men who see no personal advantage to be gained through access to political power. That is, the best ruler would be the one who sees his personal interest and happiness as lying completely beyond the range of those goods that constitute the dark temptations of power — wealth, adulation, control over other men’s labor or land, and the like — and therefore regards power as being against his self-interest. In other words, the only man truly suited to power, Socrates teaches, is the man who does not value power.

Such a purified ruler — a true and spiritually mature philosopher, who has eschewed material advantage in favor of intellectual and moral development without ambivalence or uncertainty, so that he must literally be forced to accept power against all his desires — may be a near impossibility in practice. But the ideal sheds light on the hopes and risks of our less than ideal realities. In particular, Socrates shows us the deeper truth in our modern truism, “power corrupts,” which is that it corrupts those who value wealth, reputation, and the prestige of authority over the well-being of their own souls, and it corrupts them to the extent that they do so.

Which brings us back to Donald Trump. Is there a man — could there be a man — who values his material advantage more obviously and exclusively than Trump? The desire for wealth, adulation and control over other men’s labor and land — that is virtually a synopsis of Trump’s soul, and not a cynical one, but merely a summary of his own frequent statements, lifelong actions, and neon-lighted public persona. (“Control over other men’s labor and land?” you scoff? Think of eminent domain, his preference for socialized medicine, his debate promise that the U.S. military will obey his orders even if the orders violate torture laws, and his campaign threat to sue any news organization that writes negative stories about him.)

(If you wish to know how a great society could be reduced to such a desperate lack of moral and political sense, I happen to have written the book on that subject, which you are welcome to read here.) 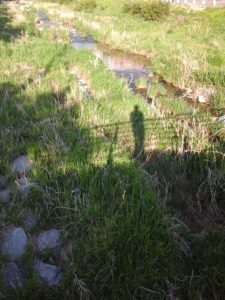 The sad reality is that Trump’s frequent gripes about being restrained and resisted are as far from the truth as could be. He ought to be, the Founders intended him to be, but he most certainly is not. America is not that kind of republic anymore. Instead, it is a nation of populist demagoguery with a few leftover traces of respect for economic liberty that have thus far allowed the house of cards to remain standing, barely. It is a nation that wants its president — or at least the one any given voter has voted for — to “get things done.” Things like a trillion dollars of new spending from reserves that ceased to exist forty years ago, a more deeply entrenched commitment to the pathway to socialized medicine, government strong arm tactics to prevent business entities from operating freely according to market principles and the profit motive, and, coming very soon, a power grab over private education under the fraudulent name of “school choice.”