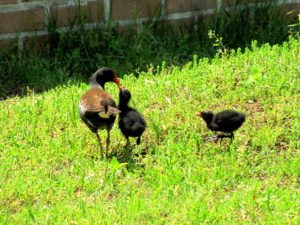 Many important questions are raised by the case of ten-month-old Briton Charlie Gard, sentenced to death against the wishes of his parents who had raised money for a desperate last hope of life-saving treatment in America. For months, those parents fought a losing battle, all the way to the European Court of Human Rights, to invoke the human tradition of parental authority against the impersonal death cult of progressive paternalism which had condemned their son.

One of the most subtle and telling questions, raised by many, is what would happen should Charlie’s parents be granted permission to keep him alive with experimental treatments, only to find their son trapped permanently in a vegetative state. Should Britain’s national health care system be on the hook to pay to keep a baby alive indefinitely in such a condition?

In short, no — because the British government should not be providing health care. The question occurs to us, and seems complicated, only if we accept the key premises of the argument for socialized medicine, namely, (a) universal health care is a human right, and (b) government is the only proper guarantor, through confiscatory taxation and/or other coercive means, of this universal right to health care (i.e., medical services).

As for premise (a), health care that is not self-administered is a service that must be provided by other people, and as such cannot be a right, as this would mean other humans are morally and legally obliged to provide that service for us, in effect to become our indentured servants. (Consider: If no one chose to go to medical school, would this not constitute a violation of our “right” to health care? How can you have a right to the results of other people’s career choices?)

Further, it would mean that other citizens in our community may have the fruits of their labor expropriated to pay for these services on our behalf, which makes them our slaves. A right that, in order to be asserted, requires the coercive use and disposal of the lives, time, and labor of other people is no right at all. It is oppression with a sweeter name.

As for premise (b), since government assuming the role of chief provider or overseeing guarantor of health care makes sense in practice, and is legitimized in theory, only by the presumption of premise (a); and since premise (a), implying indentured servitude and economic slavery, has no moral legitimacy at all within the limits of a society that purports to be free or republican — that is, a society in which individual human beings are regarded as the basic political units — premise (b) may be dismissed as inherently illegitimate.

Take away these false premises — the logical ratchets of progressivism’s advance, in health care as in all other arenas — and the question of what would or should happen to a child like Charlie Gard if he were trapped in a vegetative state may now be dealt with in the proper light.

Here is a clear and forceful expression of the issues, as presented to me in an e-mail by a thoughtful reader, author Ben Marcus:

What if that child lived but was brain-dead for the rest of its life?

Who would be responsible for the care of that child?

Would the parents be able to afford to take care of a catatonic child 24 hours a day, or would it fall on the state?

And how much would that cost over the life of that child?

Were the parents willing and able to accept that burden without help from the state?

Of course I think the decision was cruel and unfair but those are the arguments. The long-term care of that child.

As for who will be responsible for paying the bills if the baby should survive in a brain-dead state:

First, if he were really found to be brain-dead after all possible treatments, he wouldn’t live long, and I’m sure his parents wouldn’t fight to keep him alive with technology beyond that point — a decision they, and not the State, should be allowed to make.

And second, if the boy survived in a “catatonic” state requiring ongoing and prohibitively expensive care, then, in a just and free world, the parents would be responsible for finding ways to raise the money they needed through work or charity, and, if they should truly be unable to do so, then they might be faced with the most inescapable reality of life in the non-utopian world, which is that we can’t always have what we would like, and the world doesn’t owe us everything we would like.

In any case, no reasonable person is asking for Charlie Gard to be kept alive in perpetuity in a vegetative state. The real issue is who should be making the final decisions about his fate, where there are decisions to be made. Apart from the self-refuting brutality of the government’s bureaucratic calculations about the economic value of a life, the only half-sensible argument for the State to have the final authority is that “the government-employed doctors know best.”

And so they might — but that is of no consequence to the matter of moral and legal authority. I may think you read stupid books, but I have no authority to burn your books and force you at gun point to read mine. And were the State to appoint me to the position World Expert of Literature, I would not thereby acquire any greater authority to burn your books and force-feed you mine. Your mind is yours, whether I like how you use it or not, and whether or not I might have better ideas about how you ought to use it. You may be encouraged to listen to my recommendations, and strongly advised to take them more to heart than the recommendations of others. I can go no further without violating your essential liberty.

Likewise with medical professionals, whether they have the stamp of State-approved expertise or not. All things being equal, an expert does not trump a parent, anymore than my superior taste in literature trumps another man’s freedom of thought.

The central issue here is not whether the hopes of Charlie’s parents are realistic, but whether a child ultimately belongs — in the sense of primary moral and legal guardianship — to his parents or to his government. The course of Charlie’s story establishes progressivism’s answer loud and clear. The number of people who are naїvely responding to this story all over the internet with, “If they want to try a treatment elsewhere, why don’t they just do it?” is amazing to me, and indicates the degree to which the world’s intelligent adults have buried their collective heads in the sand regarding the actual meaning and literal implications of socialism. Under socialism, you don’t own yourself. Parents do not have final say in the fates of their children. The State owns all, and decides all, for everyone.

Please don’t cite anecdotes of families that left this or that socialist system to pay for treatment elsewhere, as Charlie’s parents have not been allowed to do. I know it may be allowed, and is often allowed. But that is the point: it is always done at the permission of the progressive State. If the State ever decides, as in this case, that they don’t wish to grant that permission, then we all re-learn a harsh lesson that apparently still gets forgotten, generation after generation.

And lest anyone jump in with the usual objection to parental authority — “What about parents who refuse to allow their children to receive certain available medical procedures, thereby condemning the children to premature death?” — it is important to recall that such an instance is exactly the opposite of what is at issue here. In this case, the parents are willing to do much more for the child than the State’s experts are willing to do, but the State has denied them their parental authority, and therefore denied Charlie Gard his last-ditch hope of survival.

So in this case, if anything, it is Britain’s National Health Service that is open to the question, “What about a State that refuses to allow children to receive certain available medical procedures, thereby condemning the children to premature death?”

And without that moral authority, the argument for socialized or single-payer health care is dead in the water — and deserves to be.