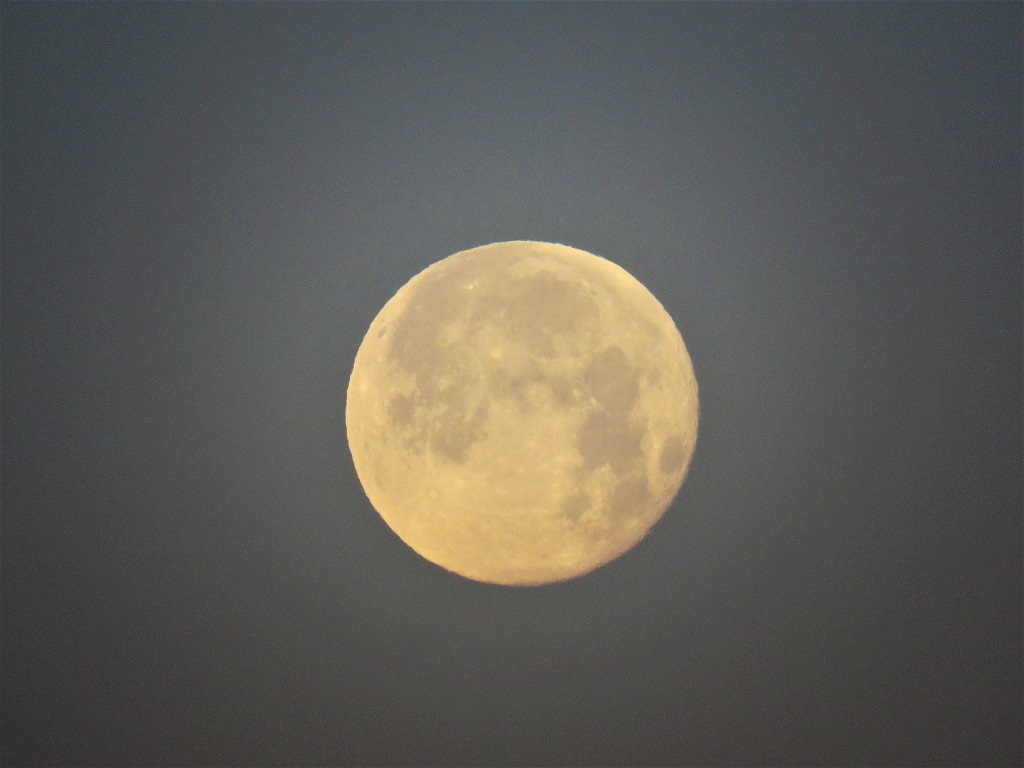 If sunset is a perennial symbol of glorious endings and the gaining of understanding, then what does that make moonset, sunset’s widely overlooked and uncelebrated mirror image? A symbol of new beginnings and their inherent innocence? But sunrise, nature’s other glory-stealer, is the obvious bringer of new beginnings.

Or perhaps, as befits the moon — the secondary, feminine, modest, passive, reflective light — its setting, particularly when it occurs in the waning moments before sunrise, as happened this morning, is most suggestive of a more subtle, easily overlooked stage of life’s everlasting cycle.

For sunset signals the end of the earthly day, which means a shifting away from life’s sunlight — growth, action, the business of living — and into the realm of detached understanding, dark solitude, and truths found in a world of shadows barely noticed and easily ignored during the day. At night, practical life rests. In civilizational terms, however, this would be the time of mankind’s exhaustion, Life Itself in recession. (Who can seriously doubt that this is where we are now in the cycle? All our frenetic “progress” is suggestive of nothing so much as of a dream state, a restless dream; the tossing and turning of a soul sick of itself and concocting imaginary escapes from self-generated monsters.) Does this mean wisdom is essentially the result of a certain kind of death, and is hence possible only during the nighttime of earthly life? Does the owl of Minerva take wing only at dusk, as Hegel claimed?

If so, then what is the moonlight? — that secondary, feminine, modest, passive, reflective light.

The moon is the sun at night, which is to say it holds all that is left of the active day-world during the time of civilization’s sleep, namely its quiet, theoretical echo. The moon is therefore not life in the normal, bustling sense. It is, as it were, a painting of life. But this requires further explanation.

The aspect of life that day represents is practical: changeable, foolish, militant, hopeful, and bursting with unspent or ill-spent energy. It is significant, however, that what happens under the sun is manifestly not reflective of the sun itself, which is stable, permanent, predictable, and essential. The active life of day is, more often than not, a collective effort to take advantage of the sun’s light (the source of life) without actually taking notice of it.

Hence we are always told, from the time we are children, not to stare too long at the sun. Meanwhile, Socrates regarded it as a god; and one of our most famous stories of Socrates is Alcibiades’ account of his teacher standing calmly under the sun all day, silently thinking, in the midst of a military expedition — so simple and unmoving was he, that the local villagers set up camp nearby to observe this strange, unearthly man lost in reflection under the sun, oblivious to even the most urgent of earthly tasks, preparation for battle. Socrates’ remarkable strangeness was, in effect, his willingness and ability to be moonlike even during the day.

To say the moon is a painting of the sun is to say it imitates the sun. But as the Greeks, our great experts on imitation in art and education, teach us, to imitate something is in a sense to desire it. Thus, to imitate the sun is to wish to be it. The sun is the source of life, inasmuch as it is the activity (in the sense of the Greek energeia) of the world in which we live — though we live our practical (sunlit) lives in blithe obliviousness to the obvious omnipresence and omnipotence of this source. The moon, then, is symbolic of the condition of the soul detached from practical life — not detached without purpose, but detached for the sake of reflecting (imitating, longing for) “the sun,” the ultimate source of life, and hence that the knowledge of which would constitute ultimate wisdom.

In this sense, the moon, the sun’s imitation or representation during the earth’s time of darkness and sleep (including our present period of mankind’s restless dreaming) is the philosophic life. A life somehow both extremely humble and absurdly hubristic.

What then, on these terms, is symbolized by the setting of the moon, in the brightening hour before sunrise? 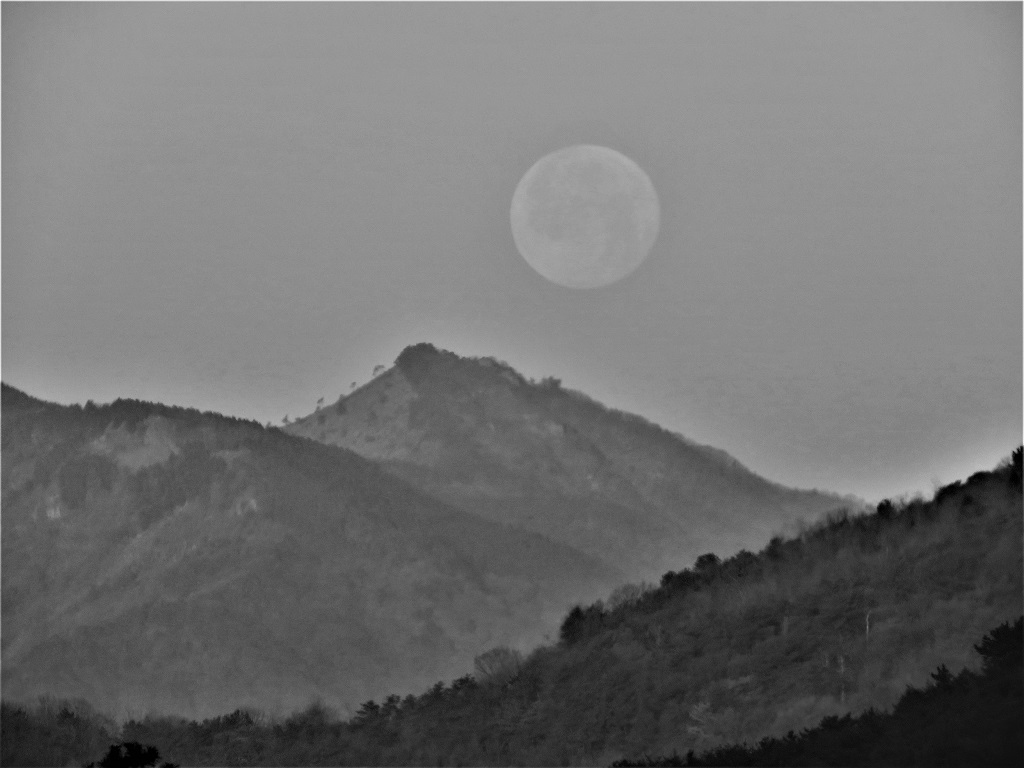