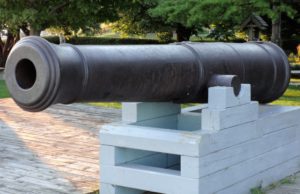 Throughout Donald Trump’s scene-stealing star turn through the Republican primaries, his fans showed a remarkable ability to filter out the fifty percent of everything he or his surrogates said that did not comport with the “Make American Great Again” populist nationalism that they happened to like. In fact, it was this self-censoring talent, developed to pitch-perfect levels, that led some of us to conclude at last that we were dealing with an honest to goodness cult — not a metaphorical “cult-like following,” but the genuine, textbook-worthy article.

When Trump spoke of “repealing and replacing” Obamacare, his fans heard only “repeal,” conveniently photo-shopping away his oft-stated preference for universal, government-controlled healthcare. When Trump spoke of building a great big wall with a great big door — deporting illegal immigrants and then letting most of them back in quickly (aka touch-back amnesty) — they heard only “wall” and “deport,” ignoring the fact that Trump’s solution for the millions of illegal immigrants in the U.S. was basically the one promoted years before by the New York Times.

When the Trump campaign titillated his followers with the “drain the swamp” rhetoric, even while sidling up to the old guard GOP establishment to crush the more provably conservative candidates in the primary field, the cultists simply told themselves that the anti-establishment figures Trump was trying to destroy by allying himself with Mitch McConnell and John Boehner were the real establishment (“cuckservatives,” to use one of their favorite epithets for anyone who dared to oppose their idol).

So now, three months into his first term, Trump has supported and fought for a complete Republican sellout on Obamacare “repeal,” and openly blamed and threatened the conservatives in Congress who resisted this progressive scam. He has done nothing of substance on immigration, and his rabble-rousing mantra that Mexico would pay for the border wall has, predictably, gone up in smoke. And his administration is peopled almost entirely by “made men” (and women), establishmentarians in good standing, including, most glaringly, major positions for the head of the RNC and the very wife of Mr. Progressive Sellout himself, Mitch McConnell.

The past few months have been a severe test of the strength of this cult leader’s hypnotic powers. Much of what the so-called NeverTrumpers warned about and feared in a Trump presidency — for which they have been roundly mocked and spat upon by the Trumpstablishment — has materialized: the Washington insiders control the strings on an incompetent entertainer desperate not to look bad and therefore willing to do whatever his “experienced” advisors instruct him to do. (This is why I’ve called Trump The Jester Who Would Be King.) And thus far, through feats of psychological self-contradiction and doublethink that have rarely been witnessed among civilized men, the cult appears to have remained more or less intact. It has been truly breathtaking to watch men and women who for a year urged that the great appeal of Trump was that he wouldn’t accommodate himself to “the system,” that he wouldn’t play by the rules, that he would blow up the political kabuki theatre, now falling over themselves lauding Trump’s string of mainstream GOP appointments as brilliant moves that prove Trump to be a nice, safe little Republican, who was never any threat to the smooth operation of the federal machine, so what were all those NeverTrump fools worried about? Incredible. (This is why I’ve called them The Alt-Establishment.)

But there was perhaps one area to which Trump’s loyal followers could point with confidence and say, for once, “See? — he said it and he meant it.” This was foreign policy, where Trump, in line with the nationalist sentiments he deliberately stoked and teased during the campaign, struck a fairly consistent position of U.S. disengagement, even isolationism of a sort. He repeatedly lamented the lives “wasted” in Iraq, claiming (falsely) to have opposed that war from day one. During the primaries, he claimed (falsely) to have opposed U.S. support for Colonel Gaddafi’s ouster in Libya. He threatened to leave South Korea to fend for itself rather than maintain the large U.S. military commitment in the region.  In sum, if heard with a set of ears primed for the message, his overall position on military matters seemed solidly opposed to the kind of interventionism and long-term engagement in “other people’s problems” that has been the core of American foreign policy for years, through administrations of both parties — the globalist slant generally associated with so-called neo-conservatives, such as Bill Kristol and Robert Kagan.

Suddenly, on the basis of a gas attack by Bashar al-Assad against his own people, Trump is getting all hawkish, talking about a “changed” perspective, and sending his Secretary of State Rex Tillerson out to deliver the message that the administration’s new policy goal on Syria is regime change, sooner rather than later.

Even as I write this, I see that the U.S. has already launched airstrikes in Syria. Right now, I have no doubt that his fans will, once again, forsake their own reasons for supporting Trump in the first place in favor of cheering on their Alpha leader’s great strength. But how far will he follow through on this tough talk? What if his advisors push him into wider military action against Assad, leading to short-term chaos in Syria which probably gives the advantage to ISIS? What will his supporters say when Trump is on national television (or at least Twitter) explaining that the potential fallout of the political vacuum in Syria warrants further U.S. commitment to the region, in the name of “stability” and “humanitarianism”?

What will they say when all the Republicans they identify with the establishment on foreign policy — the ones who always make the case for more involvement and entanglement, for democracy projects, and for the U.S. military as global do-gooder (for U.S. blood as global sacrifice) — start praising Trump’s foreign policy, cheering on his great new position, and meeting with his team to discuss strategy?

Guess what, folks! It’s happening. Trump’s administration is doing what Krauthammer and Kristol have advocated. The result will be disastrous in precisely the way that, if one accepts the interventionist premise, cries out for further U.S. involvement in the aftermath. What will Trump’s fans — the ones who cheered him on as he lambasted the entire Bush family for their neo-con militarism during the primaries — say now? Frankly, I think we know.