A few hours back, I mentioned having made the mistake of watching live coverage of yet another of America’s dime-a-dozen Nuremberg rallies, and quickly clicking away in tedium as the Dimwit-in-Chief told his flock how much he loves tariffs. I therefore missed the part where he openly admitted that Fox News is not merely in the tank for him, but is the tank.

Luckily (for us, not for him), Fred T. at Right Scoop apparently made the same foolish mistake I did, but at a different moment. And here, for anyone visiting Limbo today who somehow doesn’t already know — or hasn’t already admitted — what Trump is, and more importantly what Fox News is, and most importantly what Trump’s fans are, is what the Orange God said in that fair and balanced moment:

Oh, Maria Baritoromo. I’m in trouble. Because I know I left out probably ten. But I didn’t know, I didn’t really think I’d be doing this. But they’re blowing them away. CNN is down at the bottom of the totem pole. MSNBC isn’t even close to being next to these shows.

So we’re blowing them away, and that’s good because those are the people that love us.

“WE are blowing them away, and that’s good because those are the people that LOVE us.” There is no real surprise here, beyond the openness of the admission, typical of the vain blowhard Trump, who when he gets himself into a lather of scrounging for love from a crowd will often speak the truth — something he is loath to do otherwise — or at least those parts of the truth that he thinks the crowd will want to hear.

Mitch McConnell’s wife was on the board of directors at Fox during the primaries and directed the network to limit airtime for Trump critics and opponents — and then became one of Trump’s first cabinet appointments. The first of several Fox News cabinet appointments. Throughout the primaries, the general election, and every day of his presidency, Fox News has been nothing less than Trump’s Ministry of Propaganda. They worked tirelessly to minimize the challenge from Ted Cruz during the primaries, just as they had done on behalf of Mitt Romney during the 2012 primaries. They are owned by the Republican Party Establishment, just as surely and definably as Trump is.

That’s why Trump works the “Fake News” theme so hard in his daily fights with the so-called mainstream press. It is projection, misdirection, Newspeak — in short, the Big Lie. 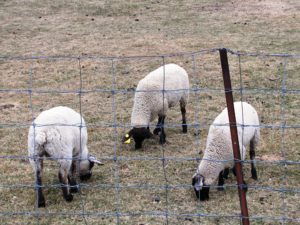 But here’s the really disturbing, though hardly surprising, part:

Throughout Trump’s honest expression of alignment, coordination, and mutual support — even identity — between his administration and Fox News (or at least all of its hosts, which of course means the network), his crowd eagerly allowed itself to be worked into a lustful frenzy of quivering Trump-flesh.

He boasted that the leading cable news network is his administration’s TASS News Agency — and Americans who claim they are driven by the desire to make America great again roared their approval. Please don’t twist yourself into a Trumpretzel trying to explain how he just meant this, or he just meant that. He meant exactly what he said.

(To Mark Levin, and anyone else who once had principles and cared about the United States of America as a constitutional republic, but has been lured by the big audience of the Republican Establishment Propaganda Network: Shame on you. Money, money, money.)

I’m so genuinely sorry for all my American friends, free republic-loving holdouts who are being forced to live through this, and even to watch it happening to their former compatriots.

The truth is painful, but it will set you free.

“But what am I supposed to do, then,” objects the self-described realist, “watch CNN or MSNBC?”

No. Stop watching. Stop asking to hear the lying talking points of either side of the “binary choice.” There is a whole world of information available out there, and the American press is certainly among the most politically-owned and dishonest around, anywhere. (Money, money, money.) So turn them off. Find your news and information from a hundred other sources all over the internet that you can assess for seriousness using your very own judgment, not Karl Rove’s or Newt Gingrich’s, let alone Sean Hannity’s.

Otherwise, read books. Look around at life in your town. Talk to people in your neighborhood. Teach a young person you know how to learn and think like an independent soul. And for goodness’ sake, if you care about liberty, don’t treat the big money TV news networks as if they were sports teams or cola brands, “ours” vs. “theirs.” They are all “theirs.” You don’t get one.