Could America Just Fire Everyone and Start from Scratch?

Donald Trump, who has a great brain, only hires the best people, and believes in surrounding himself with high quality humans, is in the process of decimating his entire administration in the name of correcting all the horrible personnel mistakes he never made. But, as the still semi-rational cult members keep telling us, at least he still has John Kelly. Here’s why…

Reporters gathered at the White House on Friday were stunned when Chief of Staff John Kelly shared a very embarrassing story about outgoing Secretary of State Rex Tillerson.

The reporters were there with senior White House officials for an off-the-record meeting with Kelly, who was attempting to tamp down speculation about an impending administration staff purge. The Daily Beast was not invited, but was briefed on its contents by three sources with knowledge of the meeting.

According to those sources, Kelly recounted a very awkward conversation with Tillerson during which he informed the secretary that President Donald Trump would very likely soon fire him. The awkwardness was less a result of the contents of the conversation than its setting.

Tillerson, Kelly told the room, was suffering from a stomach bug during a diplomatic swing through Africa, and was using a toilet when Kelly broke the news to him.

Sources were stunned that, even in an off-record setting, Kelly would say this—to a room filled with White House officials and political reporters—about Tillerson, who does not officially leave the State Department until the end of the month. [From the Daily Beast]

Now you know. Apparently Kelly, the “adult in the room” according to Trump’s more moderate idolaters, is almost as classy as his boss. I suppose this element of his character appeals to Trump enough to spare him the same fate as the rest of the “best people” Trump is currently in the process of firing, in his latest desperate attempt to deflect blame from himself, distract attention from his scandals, and puff up his vanity by surrounding himself with an ever-greater proportion of yes-men in his own mold, i.e., “morons,” to use the epithet Tillerson once used to describe Trump.

While Trump is in full reality TV president mode — playing “The Apprentice” with three hundred million American lives hanging in the balance — perhaps he could go all the way and make the firing squad circular. Just clear the whole slate, dismissing himself in the final episode. The government could shut down while the entire executive branch was replaced with rational adults bearing an ounce of decency and respect for their constitutional roles — a troop of baboons would be an improvement.

(Chimpanzees would serve with relative dignity too, and perhaps without stirring the suspicion of Trump fans, sometimes called Trumpanzees, who might not even notice that their idol had been replaced — except that the chimps are famously intelligent animals and have big hands. Unfortunately, the chimpanzees’ habit of flinging poo might be too reminiscent of the Trump administration for Americans susceptible to nightmares or post-traumatic stress disorder.) 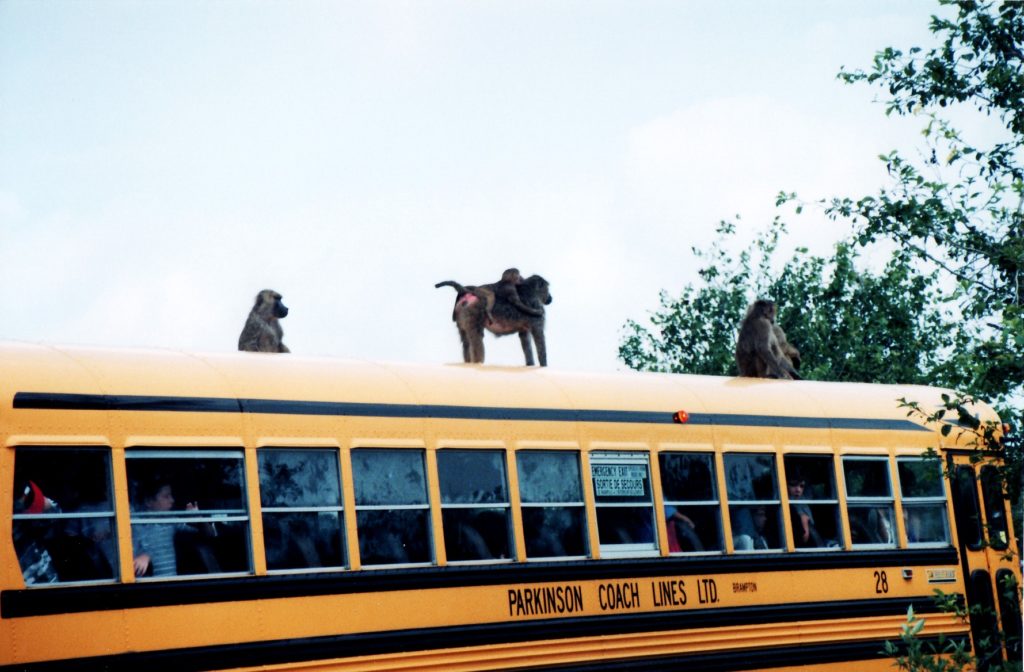