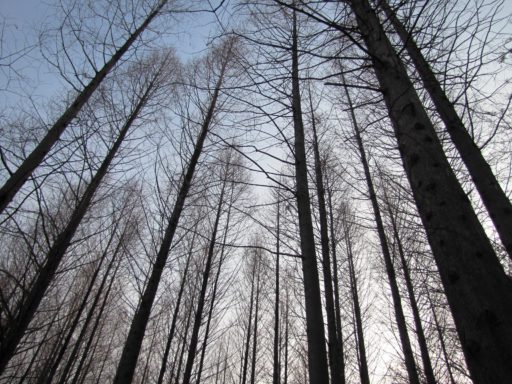 Those who wonder how the modern university could have become so fundamentally disdainful of political liberty should consider that the entitlement mentality that is destroying western civilization began in academia. Academic tenure is the original entitlement program.

Conservatives rightly fear that civilization could reach a tipping point at which a majority of citizens are subsisting on government redistribution programs, and hence have a vested interest in blinding themselves to the fact that their “entitlement” simultaneously imposes an unjust and coercive “obligation” upon others to provide for them. The university, as usual, was on the vanguard of this intellectual development, not merely in the sense of helping to promote it through bad theory, but in the more direct sense of creating its own entitlement to foreshadow all the others.

All entitlement programs are sold as responding to a genuine need. In a community that has lost its rational moorings, one man’s need can easily be converted into another man’s obligation. After all, who has the right to deny someone what he needs? Once one accepts that conversion — accepts, specifically, that my needing something trumps your property rights — it is the shortest step to declare that the need itself is actually a right. FDR’s infamous Marxist-inspired “second bill of rights” is a classic example of this. It was an early Americanization of the principle that everyone ought to be enslaved to everyone else. (Naturally, it is enslavement by other names; America’s current super-cool upgrade of FDR favors the name “social justice.”)

A right is a claim one can make against other people. To deny someone his right is to deny him his freedom. Hence, the entitlement mentality is grounded in a twisted conception of freedom, namely freedom understood as a lack of risk, guaranteed security, and the removal of any need to take responsibility for one’s actions and their natural outcomes.

And this brings us back to academia. Academic tenure — in effect a lifetime guaranteed academic career, immune to judgment of one’s effort, merit, or sanity — is a creation of the twentieth century, the entitlement century. From the medieval inception of the modern university as a vessel of Catholic philosophy, theology and legal theory, through the end of the nineteenth century, university teaching posts were secured only by the judgment and approval of the institution’s administration, and protected only by the good faith of administrators in their pursuit of intellectual excellence and social honor.

The result of this pre-tenure system was that few professors ever lost an academic job for academic reasons. That is to say, universities reserved the right to decide whom they wanted to hire, and to ensure that their schools’ reputations were not imperiled by an employee’s words or actions; beyond that, most professors were left to their own consciences in pursuing their work.

In 1915, however, the American Association of University Professors (AAUP) issued a “declaration of principles,” according to which boards of trustees would be entirely barred from any attempt to restrict the intellectual activity of a professor, faculty alone would have the authority to hire new faculty members, and professors would be protected by a system of formal tenure, to be designed and operated by professors themselves.

This declaration of principles would more accurately be called a list of demands. The professors were, in short, staging a polite coup in the university. Academia, in every sense that matters, would henceforth be controlled entirely by the teachers. If this sounds essentially benevolent to you, and a reasonable safeguard of intellectual activity, consider what it implies, and what it has meant in practice.

Except for the most extreme cases, such as those involving overt criminal activity, the proprietors of the university — those who provide the campus, the buildings, and the professors’ salaries — have no direct say in the hiring and firing of those who are to represent their university in the community.

Here is the danger of this scenario: if the faculty alone determines who can be hired in the first place, and ultimately who is granted tenure, then you have a recipe for the most insidious form of establishmentarianism, the true enemy of the academic conscience that tenure was allegedly supposed to protect. The gang that controls the neighborhood now decides who gets to come into the neighborhood. After a vetting period, during which the gang demands that you prove yourself up to their standards — i.e., non-threatening to their internal status quo — they either chase you out of the neighborhood or present you with your own gang jacket.

The pre-tenure academy retained traces of a patronage system, in which a scholar was obliged to convince his potential patron that he, the scholar, had an extraordinary mind. In the tenure system, the scholar is obliged to convince his judges that he is not extraordinary, or rather that he is ordinary, in the relevant ways. Orthodoxy is king. The stifling effects of this orthodoxy-protecting system are seen even in the sciences. (Global warming “deniers” are a clear enough example.)

However, in the humanities and social sciences, establishmentarianism of the sort promoted by the tenure system has even more direct societal implications. For the dominant theories in these disciplines set the tenor of society as a whole. The leftward ratchet of modern civilization can be traced to the universities. Academia’s own leftward ratchet is cranked by the tenure system.

In America, the anti-individualist, socialistic principles of Dewey presided in the Ivy League schools in the early twentieth century, when tenure was adopted. Professors sympathetic to such theories, given (or rather, seizing) the power to choose their own colleagues, naturally tended to favor the like-minded. Thus, what might otherwise have been a “fling” with Marxist progressivism in the university became instead an entrenched, multi-generational establishment.

And the circumspection that subversive thinkers — whatever their merits — had hitherto been forced into by practical considerations were obliterated by tenure. There was almost nothing one could not say. There was every incentive to push the collectivist, illiberal envelope. Those seeking tenure must win the approval of the leftists — activist or milquetoast — who control the hiring committees. They do this by espousing ideas consistent with those of their judges, while perhaps attracting attention by putting a toe into previously uncharted (or at least unpopularized) progressive waters.

Then, once they have tenure, the more ambitious types leap headlong into that water with impunity, while the milquetoasts keep the chairs warm and dutifully attend to the less glamorous tasks of the revolution, such as half-wittingly teaching the basic tenets of leftism to each new generation of undergraduates.

Through this mechanism, cocooned and incubated by the tenure system, the Dewey-inspired espousal of an “individual creativity” detached from — actually explicitly at odds with — individual liberty evolved into Marxist “critical theory”; into the post-Freudian liberation of the id from the constraints of bourgeois capitalist society; into the Rawlsian rape of seventeenth century state of nature theory as a rationalization for the welfare state; into the revival of Marxist-style class divisions and theories of the systemic oppression of every class and sub-class by the non-poor white male; and finally, it seems, into the open demand for the dismantling of the remains of liberty, the denial of all property rights, and the subjugation of all mankind under a reign of induced poverty, degradation and self-loathing, to be undertaken in the name of “the planet.”

Thus, the general moral, political, and economic destruction wrought by the modern entitlement mentality is a reflection of the degraded “life of the mind” holed up in the erstwhile ivory tower, which has since been converted into a walled fortress with a moat, through the power structure created by the tenure system. Obsolete, ridiculous, and dangerous ideas are no longer merely tolerated in order not to risk throwing out the baby with the bath; they are now the coin of the academic realm.

Convicted on trumped-up charges of impiety and corrupting the youth of Athens, Socrates is offered the opportunity to recommend his own proper punishment. He proposes that if Athens really wants to give him what he deserves, the city ought to provide him with free lunch every day for the rest of his life. As Allan Bloom observed, what else is today’s tenure but a free lunch for philosophers?

The difference, of course, is that Socrates’ withering irony, which led to his being sentenced to death, was intended to mock his jurors, and to reassert his rejection of their charges, whereas today’s alleged free thinkers are dead serious about having all the risk removed from thinking. Corrupting the youth, modern-style, is the safest, most pampered job you can get. Bill Ayers, a perfect embodiment of both the corruption and the corrupting of modern youth, gets his free lunch for life, along with the critical race theorists, the radical feminists, and the members of Columbia University’s Earth Institute, dedicated to the despotic, redistributive impoverishment of seven billion people.

As I noted earlier, entitlement theories tend to distort their new “rights” claims into a new, illiberal form of freedom. In the case of tenure, the distortion is called “academic freedom.” If that term means anything, it is only as a rephrasing of the natural rights to free speech and association. In the U.S., at least, it can have no other legal significance. Otherwise, it can apply only to institutions, rather than to professors, as an extension of property rights — but this is precisely what the tenure system denies. Nevertheless, the professoriate’s supposed “academic freedom” has come to be regarded as sacred, although no one can explain what it means.

In practice, academic freedom is the perfect counterpart to the distorted new freedom developed from modern entitlements of the sort championed by FDR — the “freedom” from responsibility for oneself and one’s choices, and permanent security against personal risk. Academic freedom, as the tenured class perceives it, means freedom from ever having to face adverse consequences for one’s views, or for advocating courses of action that might unravel civilizations.

The great minds of the past understood that new ideas invite danger, both figurative and deadly literal. From public ostracism to political condemnation and sometimes execution, the harsh realities of the free thinker were faced — bravely and resignedly — by Socrates, Pythagoras, Heraclitus, Aristotle, Boethius, Dante, Galileo, Spinoza, and so many other transformative figures throughout human history. They thought on, in exile, battling political enemies, condemned by religious authorities — feeling compelled to speak and write as they did, even at the greatest risk. These men were, in short, exemplars of the free individual, the rational soul exercising its powers and taking responsibility for the results, however unjust those might be.

Today’s “thinkers,” by comparison, have, through the coup that established tenure, achieved in reality what Socrates proposed in mockery — total protection and deference from the powers that be, including even the trustees of their own universities, whose campuses they occupy entirely at their own whim, and without recognition of any authority beyond themselves. They are the original “occupiers” — is it any wonder they have created, and sympathize with, the new “Occupiers”?

The scholar class — once so vital and honorable a part of civilized man’s moral and political development — declared itself an entitled class, i.e., immune to the natural risks of human endeavor, intellectual or otherwise. From that moment on, it was unreasonable to hope that, as a whole, they would ever be friends or supporters of individual liberty. The risks of self-determination, and the uncertain outcomes of rational agency, are the glorious core of freedom. The entitlement mentality obviates those glories, and hence produces a mind unreceptive to, and disdainful of, true freedom.

Your children are being prepared for the “real world” by men and women sustained by the oldest, most corrupt entitlement program. What kind of influence are such people likely to have on young minds?