A Nation of Libertarians and Leftists

I have received some interesting feedback about last week’s article, “The Dangerous Idealization of Material Success,” and its follow-up, “Concluding Unscientific Postscript,” in which I challenge the current orthodoxy among so-called conservatives regarding the place and value of material acquisitiveness in the hierarchy of natural concerns. One very thought-provoking comment came from my old friend Tim Birdnow (visit his blog here), who e-mailed the following:

It used to be considered rather unseemly to pursue material wealth too vigorously — like a hog with it’s snoot in a trough. It wasn’t exactly sneered at but it was considered less worthy. A man of noble bearing pursued wisdom or honor or some other virtue. The material minded man was someone with misplaced priorities….

It’s funny; I had a commenter take umbrage with my characterization of Mark Zuckerberg shorting his own company as unethical; the anonymous commenter took the approach that whatever makes money is acceptable. I pointed out that it was perhaps legal but certainly borderline unethical, as a lot of honest people were hurt by Zuckerberg selling off and crashing stock prices. But modern America just doesn’t look at things that way anymore.

We have become a nation of libertarians, I fear, or leftists.

I share Tim’s fear. But his comment also got me thinking about the meaning of libertarianism today, and how the economic libertarianism he was talking about relates to the marijuana T-shirt wing of the movement. The conclusion I have reached is that if it is true that America has become “a nation of libertarians or leftists,” this means there is really only “the left,” because if the only resistance to the progressive political avalanche is the faction that calls itself, or thinks as, libertarian, then there is little resistance at all.

As a young man, I was very sympathetic to libertarianism as a political movement, and even today there are many areas of common ground between my political views and the remnants of early libertarian theory that continue to survive as the tattered loin cloth of an increasingly embarrassing position. In its more “modern” essence, however, it seems that if you scratch a libertarian, you find a spiritual leftist who merely feels uncomfortable about the practical thuggery of socialism — for the time being.

Libertarians often like to normalize their position by saying they are really just classical liberals. Actually, they usually strike me as the poorly raised children of classical liberals. They see the problem of excessive and unlimited government authority, but they see it as a child would — without political nuance, historical perspective, or moral context. The problem with government authority, they effectively believe, is that it is authority, i.e., rules, structures, guiding principles. In other words, they see government as “authority as such,” i.e., merely a symbol of all authority — including even the authority of one’s own nature — and authority per se as a thing to be despised as the rival of “freedom.” Freedom, for the libertarian, is so thoroughly the single overarching good that it takes priority even over the traditionally understood premises of genuine and sustainable liberty, such as a moral or intellectual structure founded in a positive theory of the nature of human life — that is to say, of man’s proper and ultimate purpose and meaning.

For libertarians, the problem of government power is not that it thwarts the development of virtue, rational self-determination, and the private or collective quest for the human good. The problem of government power is that it thwarts one’s desire to do anything one wishes, short of directly harming another person. For all the “rational self-interest” talk they like to fall back on in lieu of religion, what today’s libertarians seem to wish to liberate most is desires — all desires, without differentiation. That is, they are not defending political freedom as the model of co-existence most conducive to the fulfillment of man’s nature as a rational animal. Rather, the liberation of desire, upon which the libertarian bases his argument against statism, has become an end in itself. Looking back to classical liberalism through the prism of the intervening historical transition away from the classical concept of virtue (“objective” human good), and toward the late modern, Nietzschean concept of values (subjective “good,” i.e., preference), the libertarian believes that the case for political freedom rests on the fact that no one has the authority to impose his values on others, i.e., that each person should be free to create his own values.

Under this “values” regime, the classical liberal tendency to believe that “People should be allowed to do as they wish” quickly devolves, in a mind without a rational view of human nature (i.e, a teleological view of mankind), into “Anything people want is good.” In other words, libertarianism’s freedom is founded less on the equality of human rights than on the equality of human goals, i.e., the non-judgmental acceptance of any human desire, as though desire, being a naturally-occurring condition, is in itself evidence of the value of an end.

In practice, given the normal tendency of the undisciplined, immoderate mind to tether its logical machinery to its strongest urge, the libertarian will typically end up rationalizing his personal preferences and desires, in lieu of truly defending natural rights. Evidence of this is the fact that the American Libertarian Party runs today on a platform the highlights of which might have been adopted by majority vote at a rock concert:

Abortion aside — libertarians, as alleged defenders of the right to life, are nevertheless way out in left-field on this issue, mainly for reasons derived from items 4 and 6 — you might argue that most of these items are theoretically consistent with at least some classical liberal thought. The difference is in emphasis; and I don’t mean “merely” in emphasis. Emphasis is significant here. The libertarian is not saying, “We have to defend even the rights of morally questionable people, as long as they are not hurting anyone.” He is saying, “A variety of lifestyles is beneficial to society, so who are we to say which lifestyle is better or worse?”

Consider, for example, that in the 2016 election, the Libertarians ran as their presidential candidate a proud recreational pot-smoker, who wore a T-shirt claiming that he was “running high,” and who actually seemed to be doing so on some occasions. The party was not merely saying the government has no authority in the arena of drugs (a classical liberal view). They were saying drug use is desirable, it makes one feel good, and therefore it is good, which is a very different position. Their presidential ticket was a walking advertisement for deliberate irrationalism and mindless gratification.

And this is the libertarian problem in a nutshell: Claiming to be defending the principle of individual liberty — a notion ultimately dependent on a comprehensive philosophical account of human nature, i.e., of the proper and natural human ends — libertarians in practice seem increasingly obsessed with nothing more serious than physical comfort and pleasure, a judgment-free lifestyle, and feeling groovy. More and more often, they come across as immoderate teenagers seeking to gratify themselves without regard for any authority, including even the authority of conscience, reason, or self-discipline, let alone that of parents or “society.” Government is just Mom and Dad, the old squares trying to limit your freedom to pursue all those things that you’ve heard can really blow your mind.

The flipside of all this petty self-absorption and irrational self-interest is that in economic matters, “whatever feels good” translates into “whatever achieves the greatest material advantage,” which, as Tim Birdnow points out, is an end in itself for the economic libertarian, just as “whatever gives the most pleasure” is an end in itself for the social libertarian. Without an underlying theory of — or even belief in — human nature, there is no logical reason for restraining yourself in any pursuit that seems to comport with your “values.” The only consideration is, “Am I directly harming anyone in a way that should be illegal?” If not, then anything goes.

In short, to put my criticisms together with Tim’s, the problem with libertarianism is that at the end of the day, libertarians — among whom I include an ever-increasing proportion of those individuals who self-identify as conservatives — are so absentmindedly opposed to all authority that they refuse even to recognize, let alone adhere to, the “authority” of reason, being, the soul, the evidence of history, or the teachings of the great thinkers of the past.

Ancient Pythagoreanism broke down into two main sects, the aphorists and the mathematicians. The aphorists based their lives on the moral expressions and cryptic sayings supposedly handed down from Pythagoras himself, while the mathematicians believed the core of the school ought to be the explanation of nature in accordance with Pythagoras’ theory of number. Today’s libertarian vs. conservative divide is looking increasingly similar to this kind of intramural struggle between competing ideas of what the movement is supposed to be. The self-described libertarians (the Libertarian Party voters) argue that the essence of freedom is unlimited moral license, while the “conservative” libertarians (generally Republican voters) contend that the essence of freedom is unlimited material self-seeking.

Both views are not only wrong, but guaranteed to undermine the practical liberty that both factions claim to be defending, but that classical liberalism actually was defending. 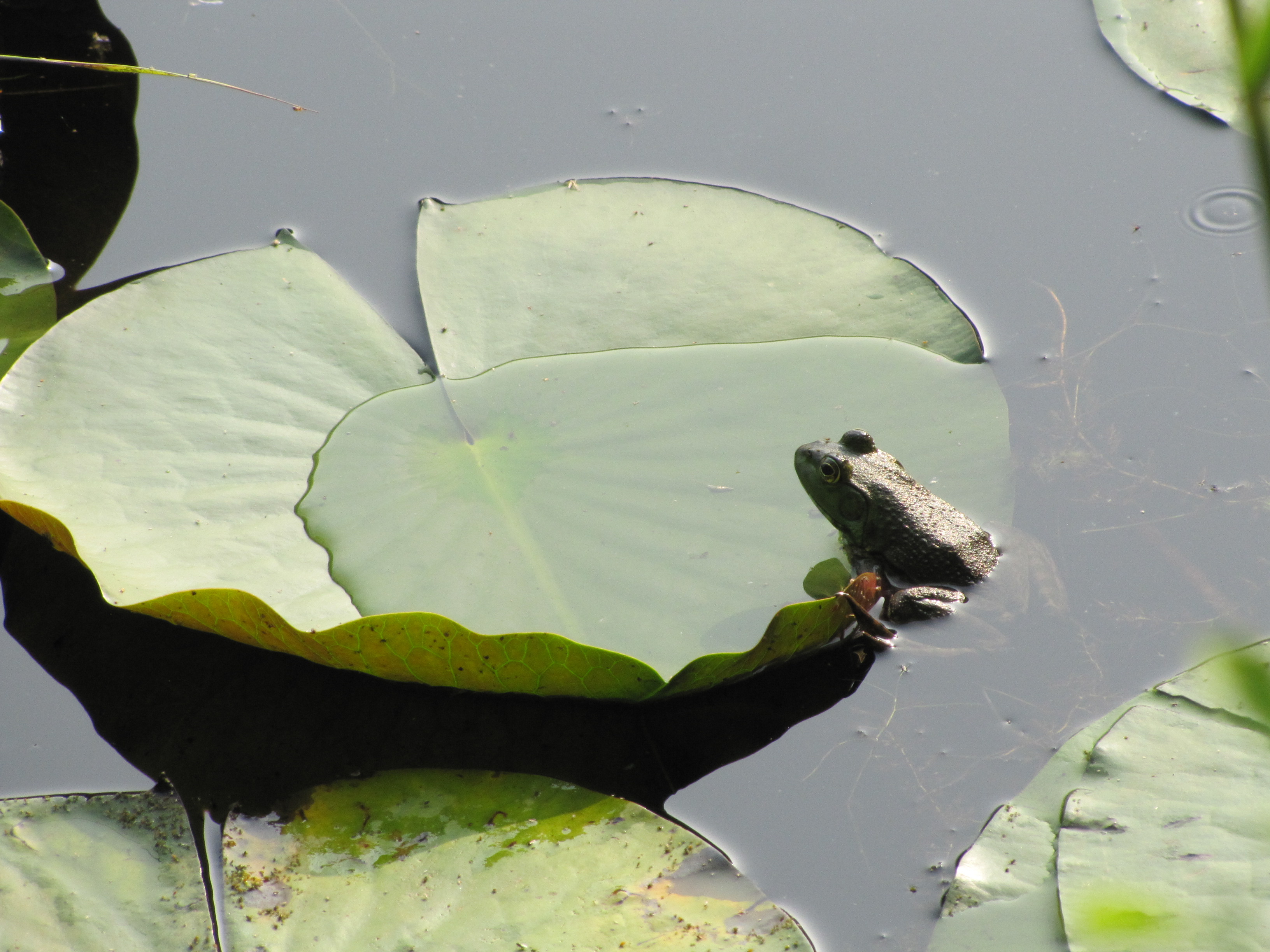