Concluding Unscientific Postscript to “The Dangerous Idealization of Material Success”

My recent article, “The Dangerous Idealization of Material Success,” was calibrated and fully intended to rattle the cages of my so-called “conservative” friends by calling into question one of the central pieties of the late modern advocacy for liberty, namely the implicit belief in commercial success as an indication of virtue, and of the successful businessman as an exemplary human, and even statesman.

Without reiterating the whole argument (which you can read here), my thesis was that, due to a complex interplay of philosophical, political, and psychological factors, modernity’s anti-aristocratic apology for the social value and dignity of wealth-production has slowly led defenders of modern liberty “to conflate the defining goals of commercial endeavor per se with the ultimate ends of human life, and therefore to confuse the great wealth-getter with the great man.”

The danger of this elevation of the successful commercial man in the hierarchy of human types — the result, I believe, of modernity’s implicit, equality-minded rejection of any rational hierarchy of human types — lies, in part, in its corruption of the classical liberal conception of statesmanship, or the character suited to political life. Whereas a free republic depends for its survival on citizen-voters and citizen-statesmen who are motivated in their political activity by the virtues that raise men’s eyes above the horizon of their immediate material advantage, the modern reverence for the “great wealth-getter,” as though he were living a highly reasonable and admirable life merely by making a lot of money, runs the risk — I would say it is much more than a risk at this point — of normalizing material self-seeking as such as a natural human end and even a valuable political skill.

Since posting that article, I have received correspondence from a reader of unimpeachable intelligence and good faith, who was perplexed at the thought that I seemed to him to be suggesting that prior to the modern era, there was little of what we would call commercial life, or that commercial endeavors could not bring enhanced social status in the past. He then, being an extremely adept “amateur historian” (i.e., historian who doesn’t get paid for it), proceeded to cite examples of prominent commercial success stories from ancient times.

Specifically, the following paragraph from my original article was a source of confusion:

One of the great revolutions of modern liberty, with its foundation in universal natural rights, including property rights, was its elevation of commercial activity, i.e., wealth-getting, from the status of a somewhat demeaning or slavish social necessity, to respectability as both evidence and source of practical efficacy and self-reliance. And thus the individual wealth-getter himself, the man living the commercial life, was gradually elevated from being perceived as a socially useful but politically subordinate character, to being appreciated as a social benefactor and respectable citizen worthy of a seat at the policy table.

I will take full responsibility for any misunderstanding caused by my choice of words, perhaps especially from the phrase, “from the status of a somewhat demeaning or slavish social necessity.” Nevertheless, the point I was making — which seemed perfectly clear to me! — is not that advanced commercial activity was an invention of modern liberty, but rather that the status of the commercial man within the popular moral and political view of this age is radically different from his status in past eras of civilization. And furthermore, that this change does not really represent the explicit views of the modern philosophers who established the intellectual environment of modern liberty, but may well be an inevitable societal result of their emphasis on the means to practical efficacy, and their devaluation of any notion of a hierarchy of human types based on the transcendence of “mere bodily existence.”

The ancients sought the essence of human nature by examining and ranking the soul’s parts and their various natural aims, seeking the rarest and noblest, i.e., the most exclusively human, of those aims — that is, the ones most intrinsically separable from our animal existence. The moderns, by contrast, focused on the self-preservation needs of man, and defined human nature mainly in accordance with the conditions of life that allow us to survive and thrive independently. Thus, the ancients elevated theoretical reason — our divine element — while the moderns elevated practical reason, which is the means to the successful earthly life.

As I explained in my reply to my friendly critic:

Of course I’m not suggesting that trade and commerce were invented in the modern era, nor that people could not get rich through trade, and gain social advantage from it, in the past. In fact, one of my biggest bugaboos with the modern “social science” of economics is its implicit presupposition, shared with Marxists (who are also essentially social scientists), that “capitalism” is a modern historical phenomenon, and a “system.” No, it is merely the normal behavior of human beings voluntarily trading goods and services with one another to meet their various practical needs. Trade is at least as old as the first time two families lived in close enough proximity to one another that they had to overcome their fear of the Other and begin to see a potential advantage in having that other family nearby.

Thus, in any non-totalitarian society, and one not in the throes of immediate desolation through war, famine, etc., it has always been possible to achieve practical benefits through trade, and therefore to amass a fortune through successful trading, if one had both the skill and the motivation for it. That’s not relevant to my argument.

Or rather, it is relevant in the sense that it highlights my main point about the modern attitude toward commerce. There has always been “business.” And there have always been successful businessmen who rose from social insignificance to social prominence through amassing great wealth. But throughout all previous eras, political philosophers and moralists in general have never adopted the successful businessman as a model of the highest or most essentially successful kind of man.

Why not? Because, I suppose, previous eras all had ideals of human life and the human soul in which business, trade, material gain in general, was regarded as a practically necessary but ultimately subordinate good, for the simple reason that wealth-getting that reaches beyond the provision of one’s household security and comfort is too deeply rooted in the body and its desires, which should be held subordinate to the spiritual goods that connect us to the divine, immortality, and so on.

That doesn’t mean that everyone who pursues great wealth, without limit, is a purely bad man — he might be honest, diligent, talented, and have a good deal of common sense. What it means, however, is that such a life can never be regarded as a particularly noble or admirable life, from the point of view of the properly educated, rational, refined spirit. Such a man will never be a truly philosophical man, for example, because his life is built on too many vested practical interests to be able to pursue wisdom in a detached manner. If he became a philosopher — always possible — he would walk away from his business life, like Socrates’ student Apollodorus, who narrates the main story of Plato’s Symposium, and who at the beginning of the dialogue mocks his companions for pursuing their meaningless activities when they could be seeking wisdom:

For to speak or to hear others speak of philosophy always gives me the greatest pleasure, to say nothing of the profit. But when I hear another strain, especially that of you rich men and traders, such conversation displeases me; and I pity you who are my companions, because you think that you are doing something when in reality you are doing nothing. (Symposium, Jowett translation, 173c)

Thus, as I noted in “The Dangerous Idealization of Material Success,” any society in which human nature is studied seriously with a view to understanding our natural ends, which is to say a society in which humans are “ranked” according to the kind of goods they live for, the commercial man will always be regarded as well below the highest human type. So I am not saying that commerce is only possible in a free society based on natural rights. I am saying that only in a free society based on natural rights is the great commercial man (who can exist in many kinds of societies, and always has) likely to be elevated in the philosophy or general ethos of that society to a leading human type, rather than being a subordinate type, for the reasons I explain in that article.

This in a nutshell is the difference between the “humanities” and the “social sciences,” as traditionally understood and practiced: The humanities, corresponding roughly to the “classical” view of man, see human nature and history through the lens of ideals, highest aspirations, and defining beliefs; the social sciences, a thoroughly modern diminution of legitimate philosophical concerns, define human nature (insofar as they believe such a thing exists) entirely by collecting facts and figures without regard for ideals, aspirations, or defining beliefs. Thus, the humanities try to learn about human nature according to its highest end, its telos (variously understood), whereas the social sciences dispense with ends and hierarchies of being from the outset, and simply define human nature as “what people do/did,” statistically.

This is why I am so dismissive of the social sciences, including economics. The social sciences actually feed the error of mistaking “what people do” for “human nature,” without regard for principles or defining ideas, as people gradually begin to treat these fake “experts” as though they were our modern philosophers, i.e., as though they had a comprehensive picture of human life and society, which they manifestly do not. Milton Friedman has nothing in common with philosophy, and nothing important to teach about human nature.

Of course, today the humanities themselves are mostly just a shadow of the social sciences, because they too are mired in the modern infatuation with the superiority of “scientific method” — such method having very little to do with what actually happens in the social sciences, but we all have our little fantasies — but, since there is no context for scientific pretense in what they do, the humanities have simply adopted the Marxism without the statistics. (I know — I live in the humanities, embarrassingly.) 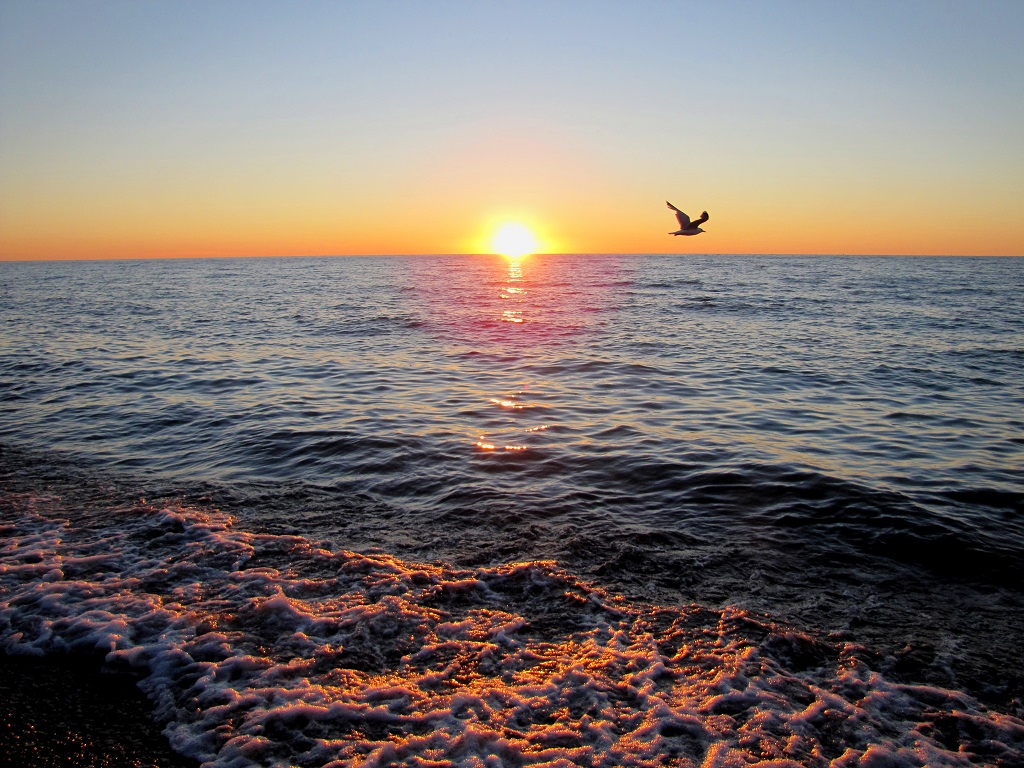