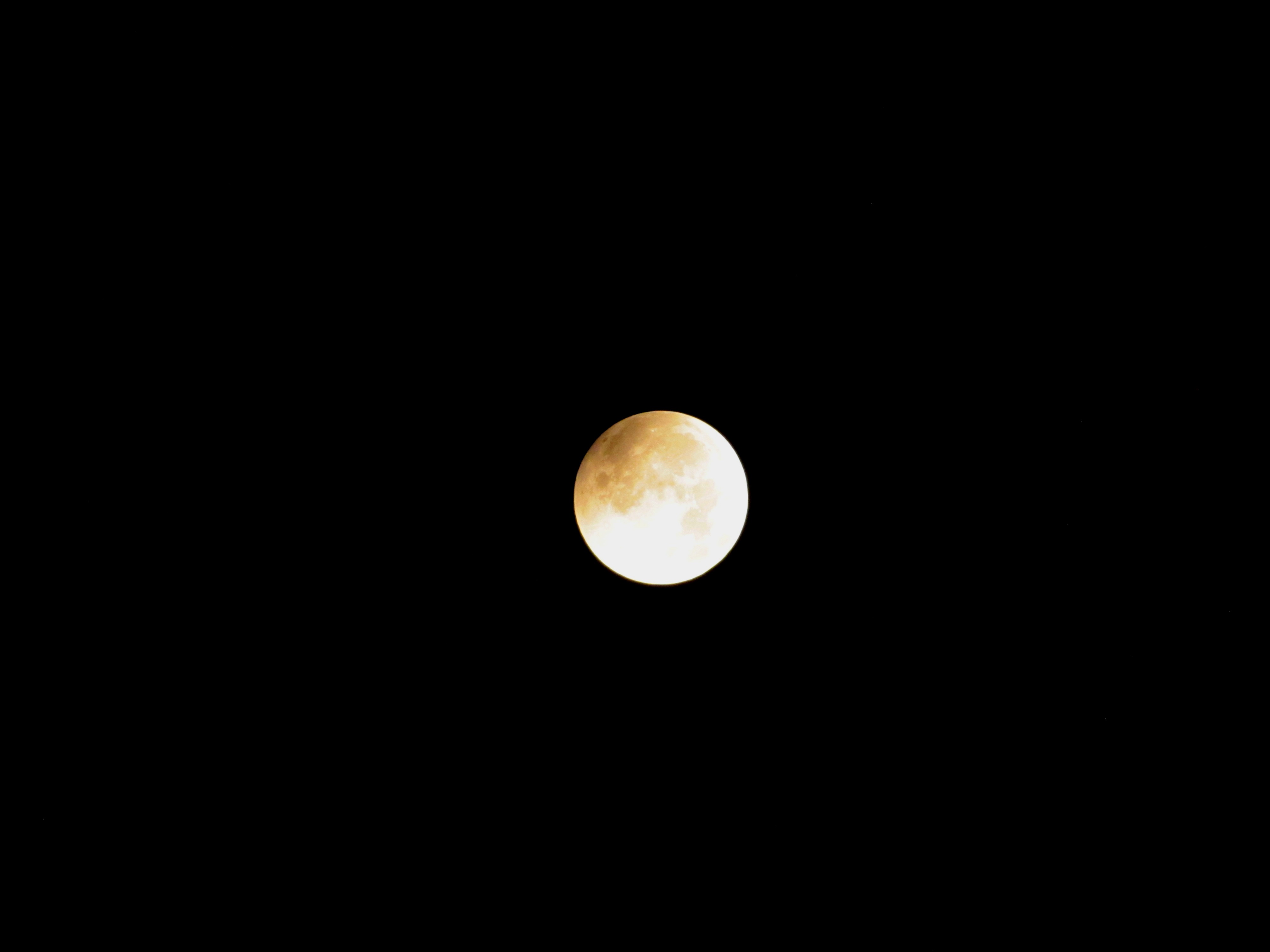 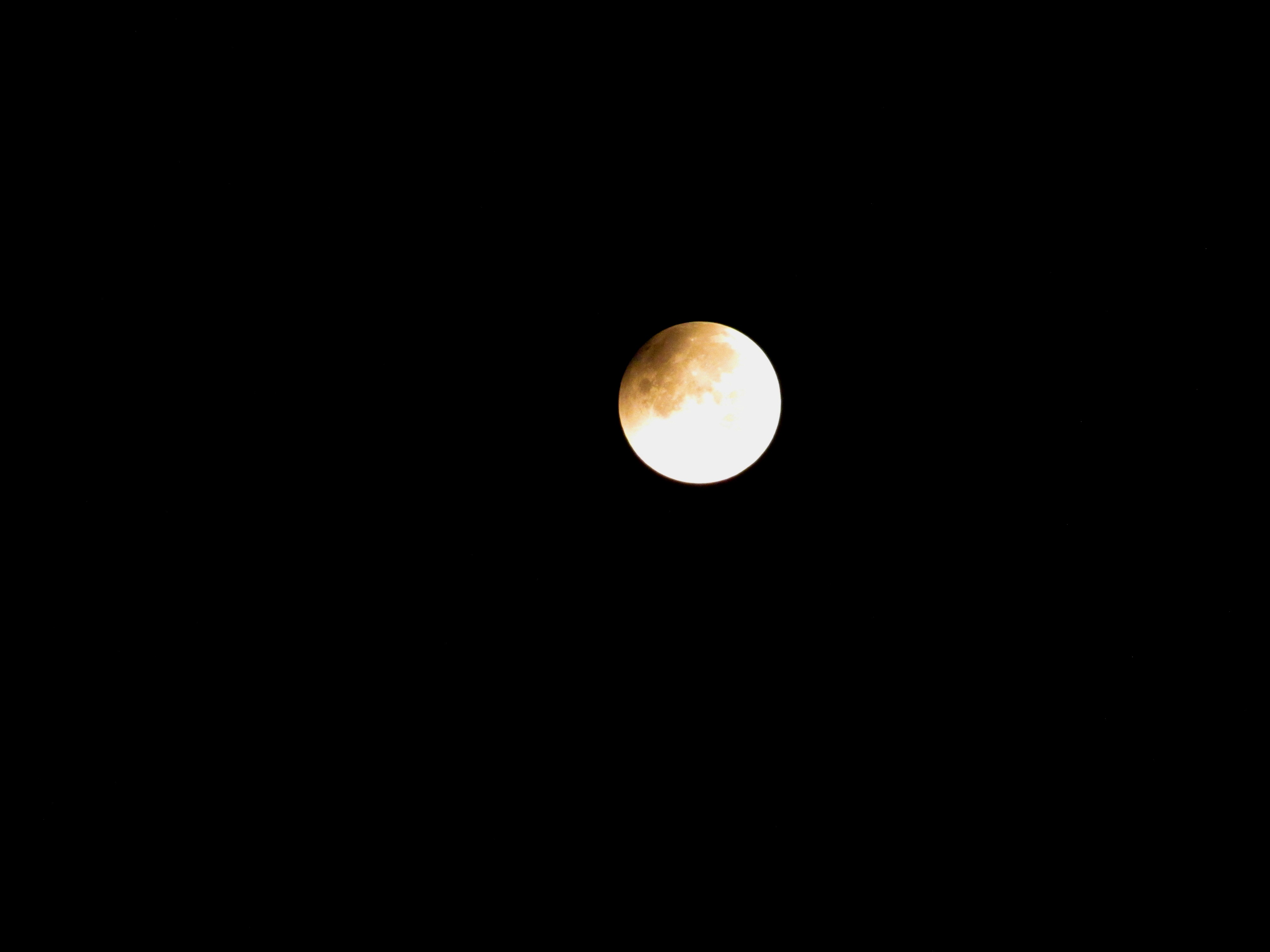 And it’s back to God’s drawing board….

And here, an hour later, is what I can report, as the partial eclipse evolves: 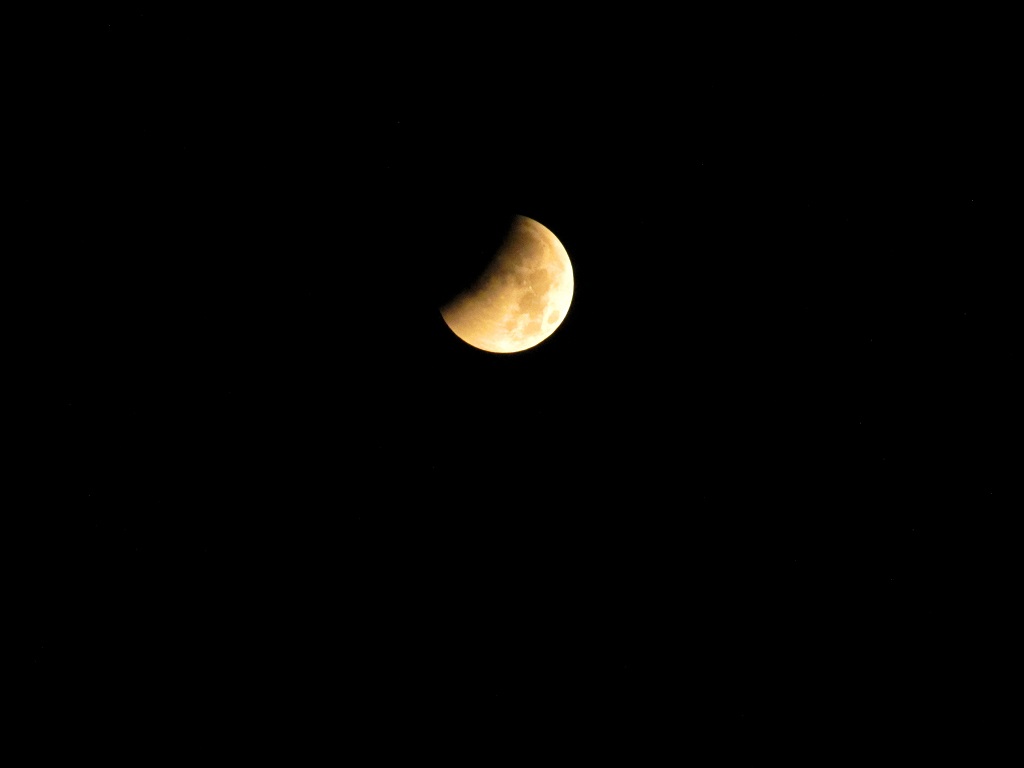 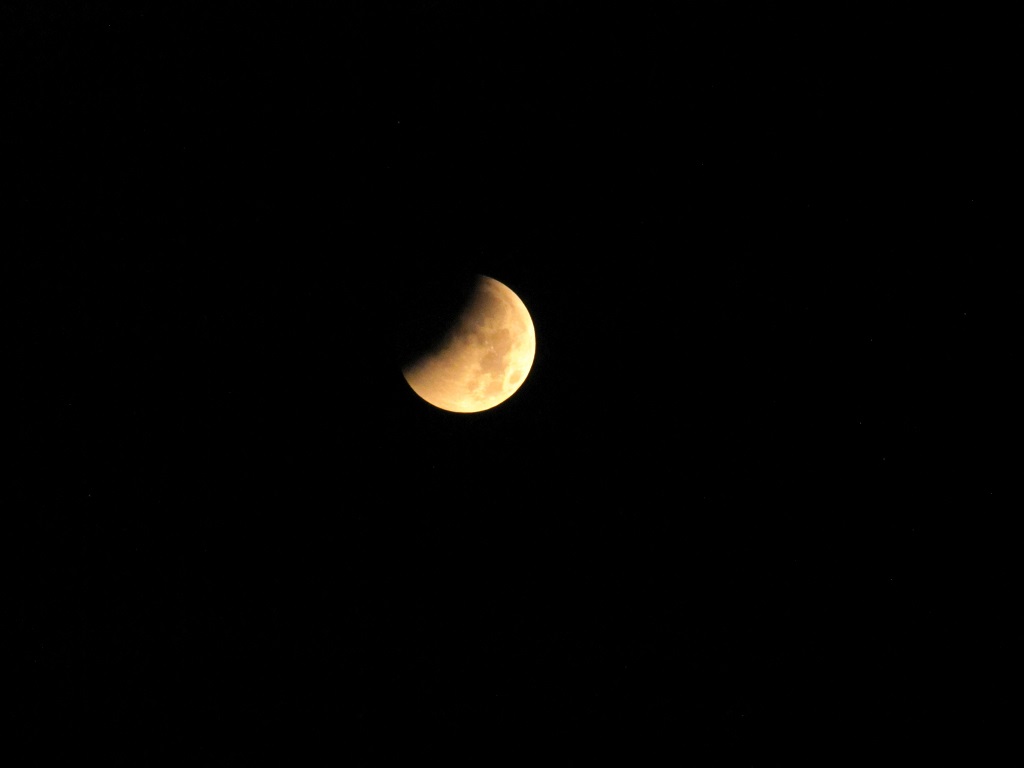 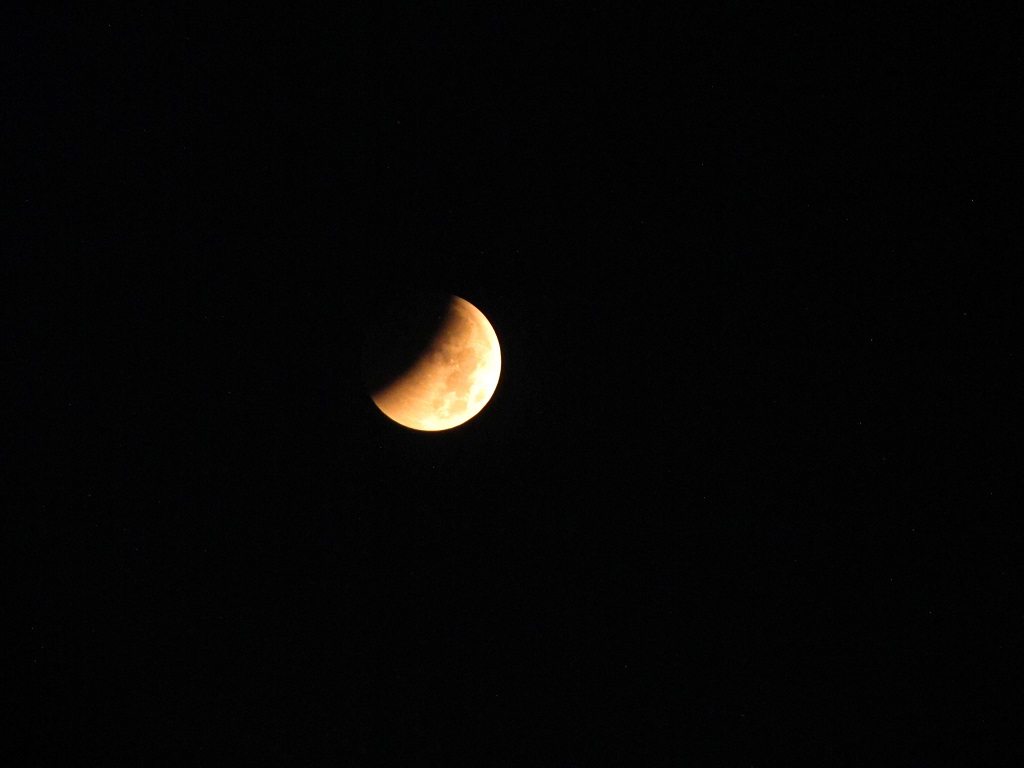 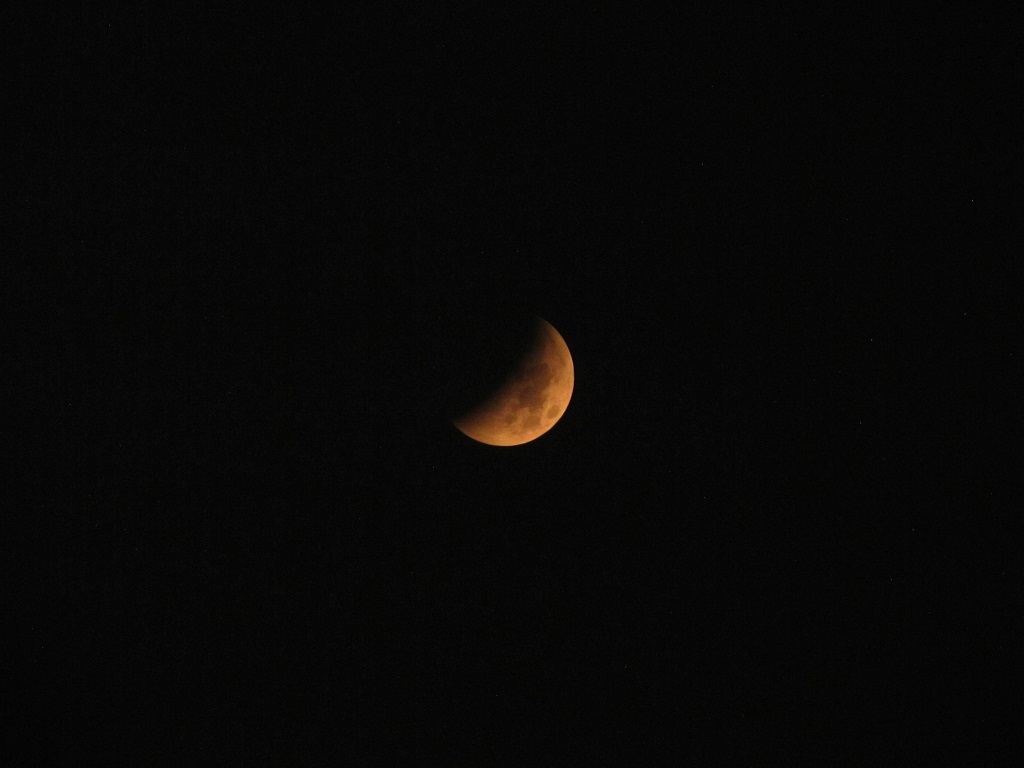 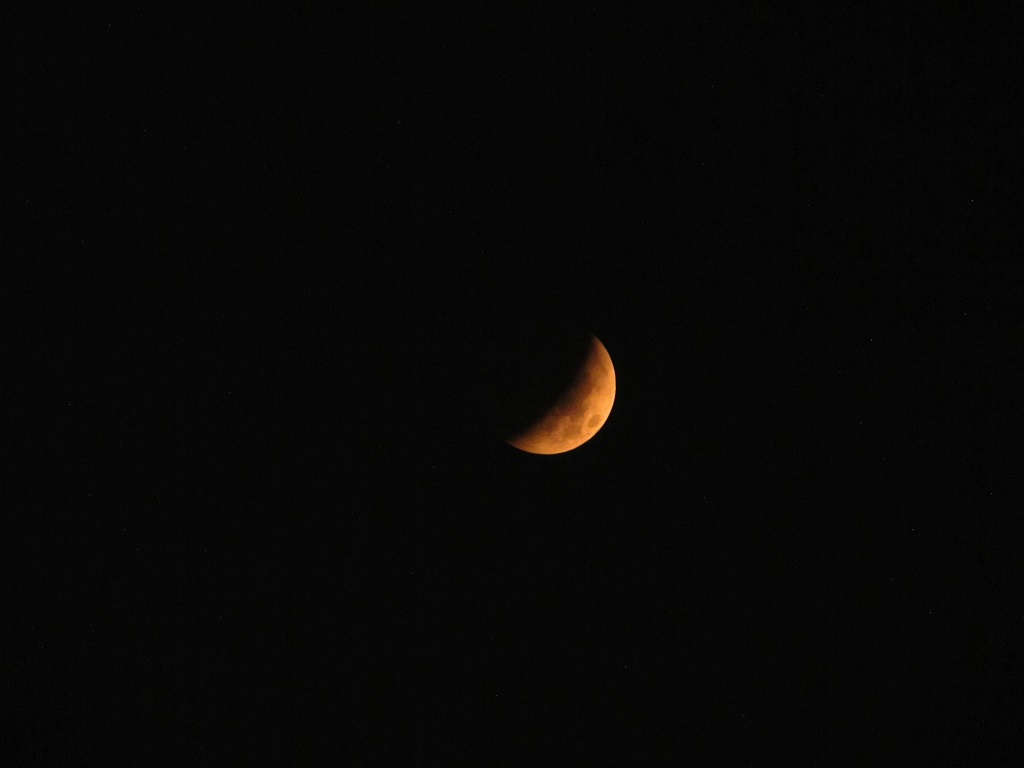 Well, the total phase, i.e., the real blood moon, has been achieved, just as Thales’ descendants predicted. (Take that, Neil deGrasse Tyson and the rest of you global warming “settled science” mongers!)

Unfortunately, although the total eclipse officially begins now, as I type, the combination of low-lying haze throughout the Korean sky and light pollution from the city below has rendered this completely darkened moon quite invisible to the naked eye, let alone a naked camera lens, as it descends toward the horizon. (As for the light pollution, let’s call this yet another skirmish in the never-ending battle between the ancients and moderns — this time modernity takes a partial victory, but we ancients always win in the end.)

Thank you all for joining me on this little excursion beyond the borders of Limbo.