Tired of John Bolton Yet?

Yes. John Bolton, like a lot of his neoconservative allies, is a very smart and well-spoken man who never met a war he didn’t like — unless someone was asking him to fight it. So naturally he is on Fox News these days drooling with excitement over the possibility of a preemptive strike on North Korea.

.@AmbJohnBolton: Every American citizen, has to ask the question: Are we prepared to live under the continuing threat of a nuclear attack? pic.twitter.com/r7v00nNSuj

I particularly love this two-sentence insertion near the end:

We’re all concerned that any use of military force would, uh, would put, uh, South Korea and Japan at risk and that’s something you have to take into account. But let’s be clear as I say: there’s a risk to Americans already from what North Korea has, and that risk would continue forever.

This is pure talking point baloney.

“We’re all concerned” and “something you have to take into account” are TV-expert-speak for “Yes, I’ve heard the caveats about massive civilian deaths, but I really don’t care about that.”

The next clause, “But let’s be clear,” is TV-expert-speak for “Forget the caveat I just mentioned, it doesn’t matter.”

Note the way Bolton stumbles over the names “South Korea” and “Japan,” as if this part of his rehearsed spiel is a mere obligatory nod to realities he would prefer to ignore, and that are least important to him, such that he is barely able to focus his mind enough to remember what he felt obliged to say. “Sure, yes, there’s that whole thing about our allies in the region getting attacked in proxy retaliation against our strike, but, well, whatever.”

No, I am not denying that a neat, clean pummeling of all North Korean launch sites would be a very effective first strike option if the U.S. could pull it off. But I am more than a little disturbed at the ease of conscience with which warmongers like Bolton — the king of pitching decades-long quagmires as neat, clean pummelings — shrug off the possibility of thousands of civilian casualties.

Furthermore, I might add, since we’re talking about South Korea and Japan, that some of those deaths would likely occur in rice paddies — a circumstance that we know John Bolton finds particularly icky. Here is what he wrote in his Yale University 25th reunion book, explaining why he joined the Maryland Army National Guard to avoid the Vietnam draft:

I confess I had no desire to die in a Southeast Asian rice paddy. I considered the war in Vietnam already lost.

Bolton clarified his remark in a subsequent interview:

…by the time I was about to graduate in 1970, it was clear to me that opponents of the Vietnam War had made it certain we could not prevail, and that I had no great interest in going there to have Teddy Kennedy give it back to the people I might die to take it away from.

Oh, fine. John Bolton “considered the war already lost,” so he decided it wasn’t worth his trouble to make an appearance. Don’t you enjoy those Mark Twain-esque ironies, “I confess I had no desire to die,” and “I had no great interest in going there”? Right. So let other Americans die in those rice paddies in your stead, because you don’t feel like it.

It seems I misspoke above. It is not death in rice paddies, per se, that bothers him, but only his death in a rice paddy. No problem as long as it’s someone else, whether American or Asian. That explains a lot.

But “let’s be clear,” as they say: I consider it highly likely that there will be a military conflict with North Korea at some point, that this conflict may be unavoidable when it happens, and that it would be something just short of a true miracle if the conflict did not result in thousands of civilian deaths in South Korea, and possibly Japan. What annoys me is listening to men who have never lived through such a conflict themselves, in any capacity — who in fact took active measures to escape being involved in the one such conflict they were highly eligible to live through — speaking with cavalier tough guy inflection about “keeping all options on the table.” All options, that is, that leave John Bolton feeling safely ensconced in front of those Fox News cameras or in a think tank roundtable discussion, perhaps with a good glass of wine and a few witty colleagues.

I have lived in South Korea (though not in Seoul) for a decade. If violence breaks out tomorrow, I, and many people I care about, will effectively be in the theater of operations, in immediate peril. Like John Bolton, I have no desire to “die in a rice paddy.” Unlike John Bolton, however, I will not run away from that possibility to save my own skin, and then sit at a safe distance pontificating breezily about the appeal of “preemptive strikes,” while belittling the potential loss of thousands of others — some of them perhaps friends of mine — who might die in that rice paddy while I bravely shoot my mouth off on TV. 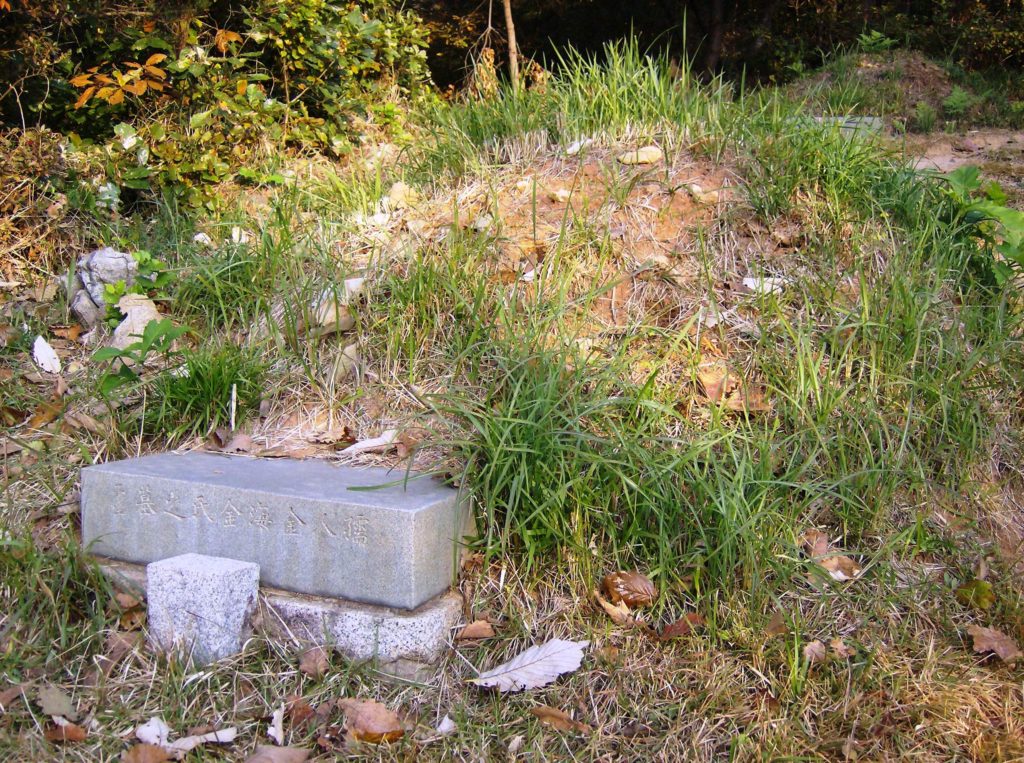 A simple Korean burial mound: scattered throughout the mountainsides, unkempt, long-neglected plots like this one are a healthy reminder of the fate of most men.