Let all the world see a murderous tin-pot dictator engaged in a summit meeting with the President of the United States “on equal footing.” Let Kim show the world, and especially his starving slave population, how the Dear Leader demanded and got a face-to-face meeting with the “dotard” Trump, and how he came to the table prepared to seek global peace — “to spare the lives of the innocent Americans who cannot be blamed for the crimes of their imperial government” — for the good of the world and the Korean people. Let Kim have his chance to come out looking like a reformed, mature leader who really tried to hit the reset button on NK-U.S. relations.

It also can’t be ignored that the South Korean government, which acted as intermediary in spreading this wonderful news of a North Korean thaw, is now dominated by progressives who sympathize with the North ideologically, and therefore has a vested interest in portraying the situation in the rosiest way imaginable. We’ll see.

Notice, in the following press briefing by the South Korean National Security Advisor, how frequently he emphasizes his government’s great appreciation of the policy of “President Trump.”

Notice also the perfect and perfectly idiomatic English with which the statement is composed, such as the reference to Kim Jong Un as “Kim,” which Korean speakers — twenty-two percent of whom have the surname Kim — would never do. This statement, though undoubtedly expressing the general intentions of Moon Jae-in’s government, was almost as surely written by Trump’s staffers, not Moon’s. Hence the heavy emphasis on the credit due to Trump, and the endless repetition of his name.

Furthermore, consider that this statement declares that “[Kim] understands that the routine joint military exercises between the Republic of Korea and the United States must continue.” This defies everything the North has ever said and done about these exercises, right up to the past week. Suddenly, after regarding the coordination of U.S. and South Korean military efforts as a threat to his regime for all this time, Kim says he “understands” this coordination “must continue,” and that it in no way affects his will to end his nuclear and missile testing.

Everyone knows by now that Trump can be played, and even allies who need America’s help to achieve their goals know that the surest way to Trump’s good side is personal flattery — which just happens to be a cultural specialty of Koreans, and a fixture of their hierarchical society. For his part, I’m sure North Korea’s Little Kim is working on various angles along these lines now. If he thinks, for example, that after his Olympic optics triumph, unification of the peninsula might be back on the negotiation table as a long-term goal — at least in the form of some kind of “economic union” — he might be willing to promise Trump a lot of things, in the hopes that Trump would go along with just about anything for the thrill of being able to claim a victory. (For evidence of that, see Trump on every other issue.) China would certainly support such a deal, as long as any sort of unification did not mean a loss of quasi-communist influence, which is their chief goal on the peninsula. And obviously the Chinese know Kim is not about to sacrifice his ruling party ideology.

Has China made Kim an offer he can’t refuse, such as “Promise to denuclearize or we’ll stop supporting you”? Or is Kim working on another strategy? Or has he simply gotten tired and decided to hand his territory and dying population over to Moon Jae-in so he can retire to sunny California and play hoops with Dennis Rodman, or even to Florida to play golf with Donald Trump? (Trump recently mused that he and Kim might become great friends some day.) It’s too early to say. On the other hand, Trump agreeing to meet with him under these conditions is already a kind of victory for the North Korean regime, as they have had to give up absolutely nothing of substance to get the POTUS himself to sit down with the Dear Leader in front of the cameras. 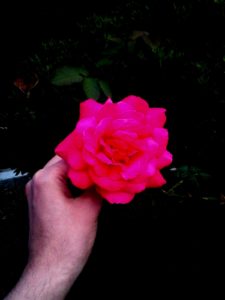 Is meeting with him under these conditions better than refusing? That’s difficult to say. Much depends on what Trump and his team are prepared to bring to the table in the way of demands, and perhaps more importantly whether they are prepared to walk away if those demands are not met, much as Reagan did with the Soviets. And furthermore, whether Trump understands that getting your demands met means more than receiving “promises” and becoming “great friends.” Trump treats every “big meeting” as a photo opportunity, and as often as not — at least when the cameras are rolling — ends up giving away the farm in the name of looking “big” and “great.” If he approaches this meeting as he does his meetings with Chuck Schumer and Dianne Feinstein, the Korean peninsula is in a lot of trouble.

I suppose, as with most of what happens in the world in these last days of a civilization, “Keep your fingers crossed” is about the closest thing to optimism that is warranted. Or as Sean Connery’s Irish cop Jimmy Malone says in The Untouchables, “Oh, what the hell — you gotta die of somethin’.”