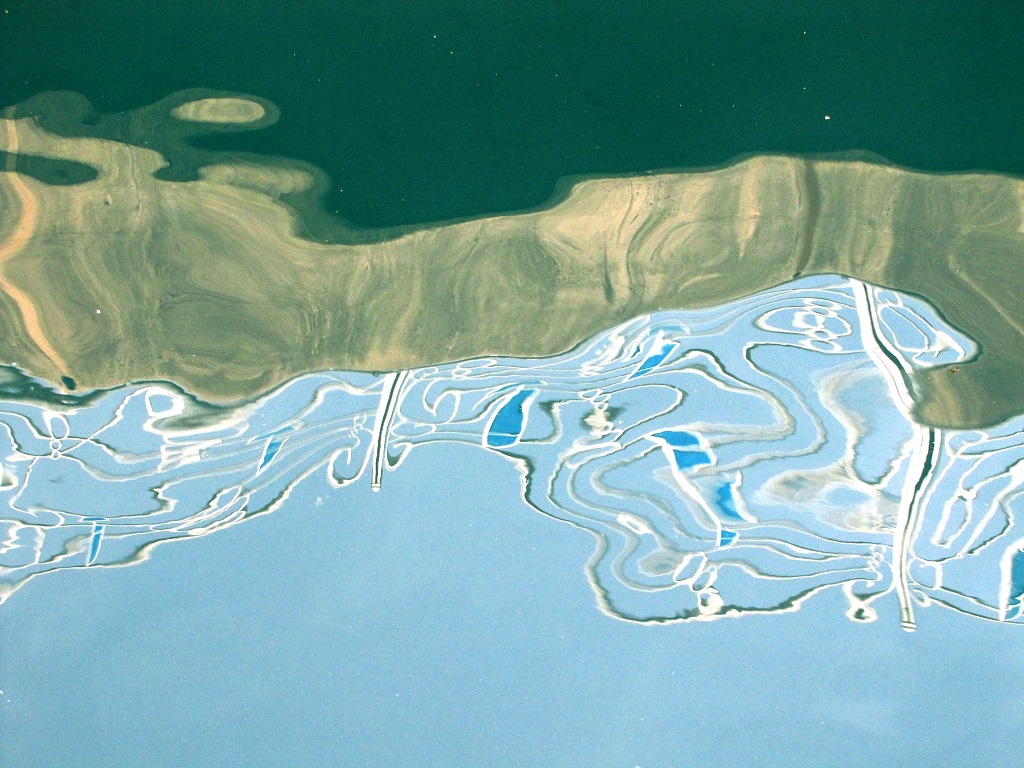 Two beluga whales, beautiful, swim ovals in an aquarium tank. Round and round, never changing direction or speed. The crowd gasps, “Whaaaaa,” each time the pair pass near the glass. I wonder: Are those whales going insane from the boring repetition, feeling trapped, desperate to escape? Or does this describe their audience? Or does it describe me, standing here watching this depressing spectacle?

I was recently invited to travel with friends during a three-day weekend here in Korea. I pity my friends for having had the courage or foolishness to invite me, imagining I would be a good travel companion. As it happens, I am not generally well-disposed toward modern travel, particularly the sort that involves tightly planned, hectic itineraries filled with popular “attractions” and “events.” I like my leisure time more or less unplanned — except to the extent that I am acting in accordance with my own established quasi-routine, which is perfectly honed to match my nature and interests — and quiet. For apart from walking, which for me is more an innate condition than an activity per se, my favorite pastimes are thinking, reading, writing, and talking — preferably, in the case of talking, with one intelligent, temperamentally abnormal and slightly antisocial creature at a time.

Unfortunately, we late modern bourgeois types — Nietzsche’s last men — tend to define travel, and even to justify it, as “a break in the routine” or “a change of pace.” But what if one actually prefers one’s routine (i.e., one’s well-developed and deeply engaging interests) and takes solace in one’s regular pace (i.e., one’s nature or spiritual metabolism, if you will)? Then amusements of the sort designed as a means of escape from one’s routine and its pace become a painful burden, or a reluctant duty, exactly the opposite of what such amusements are normally presumed to be.

However, I am not only a reluctant traveler in the sense of being essentially antithetical to the spiritless rhythms of late modernity’s corporate-progressive assembly line “work culture,” with its predetermined, socially-sanctioned “breaks” — public school recess extended right into the socio-economic structure — but also in the sense that, insofar as traveling is, at best, an opportunity to “see how the natives live,” I am almost predestined to dislike the endeavor, since I normally despise how the natives live. The natives of anywhere, that is.

Somewhere along the way of my weekend excursion, I began to toy with the idea of capturing my impressions of this three-day wave of holiday humanity in the form of a simple list of bullet points. I thought it might serve a function in my own soul similar to the social role of tragedy according to Aristotle, namely as moral purgation or katharsis.

Without further ado, then, here is my list of random musings, notes, and observations from my travels among the many:

Parents who give up their adulthood in favor of living and thinking like their children, and call this generalized infantilism “family life.”

Parents who think their children’s worst behavior is “cute,” so they reward it with attention and applause, thereby helping to ensure that the harmless manifestations of naughtiness the children are displaying now will develop into the harmful and de-civilizing kind later.

People filling the day with scheduled activities in order to ensure that there shall be no time to think about oneself, learn about a tree, talk quietly, or just look around without the rush of a commercially-prepackaged itinerary.

All public amusements are incredibly loud (the better to mask their meaninglessness, my dear).

Every public garden has music gushing out of speakers, every natural location is full of ugly metal and plastic structures, and every visitor is taking pictures of himself in front of the objects he encounters — an apt prepositional metaphor for late modern man’s relationship to the world — rather than observing the objects themselves.

A thousand young couples pretending they are the stars of a schmaltzy TV romance: How many of them will still be couples next year? Two percent? One percent? Less? How many actually love the person they are “playing lover” with today? One-tenth of a percent? None?

A million people move along on a self-imposed assembly line, shoving and pushing each other to move faster, trying to see a hundred things for one second apiece, none of which they will remember tomorrow; this is called “relaxation.”

I’m surrounded. Everywhere I turn, I bump into someone; I can’t stop, because people will push me from behind; I can’t speed up without pushing the people in front of me; I can’t breathe; I can’t hear my own voice; I can’t think; if I died now, it would be a relief.

Brave New World: Nature is ugly and revolting unless it has been radically enhanced by manmade structures, entertainments, and toys; all vacations, in order to be considered enjoyable, must involve spending large amounts of money on corporate products and services; nothing is interesting unless you have to buy a ticket for it; doing what everyone else does, like a mindless (i.e., public school-educated) child, is the meaning of fun, and fun is the meaning of life.

As a rule, Disney songs make me nauseous; the more recent the songs, the stricter the rule and the more intense the nausea.

On a bus, on a ship, in a car, at a restaurant, on seemingly ubiquitous screens, I am watching videos of Korean pop (or K-Pop) “concerts” — I use the word loosely, as no one is really singing or playing an instrument. It is not the fakery, the mass-produced slickness, or the musical vacuity that ultimately disturbs me, but rather the inescapable thought that these videos look like a non-stop advertisement for a child sex-trafficking ring: Every girl is wearing tiny shorts or a tinier skirt while pretending to be a sexy thirteen-year-old; every boy looks, acts, and adorns himself like a teenage girl. And yet people of all ages watch these videos constantly, everywhere, and parents are proud when their elementary school children dance like the prostitutes in the videos. Brave New World yet again.

There is no privacy, no quiet time, no freedom to wander where one wishes, or to drop everything else and enjoy one special thing; everything is public, noisy, and tightly scheduled.

My vacation: Saturday morning, thirty minutes walking alone on the harbor, watching men fishing, observing boats on the bay. The only moment I feel in control of my life during the entire weekend.

I feel more negative about humanity, modern society, and the future after such episodes of “relaxation” than even I am usually wont to feel. I would need to forget this vacation entirely to feel optimistic about human beings again; but I assume I will not forget it, and I probably should not forget it. 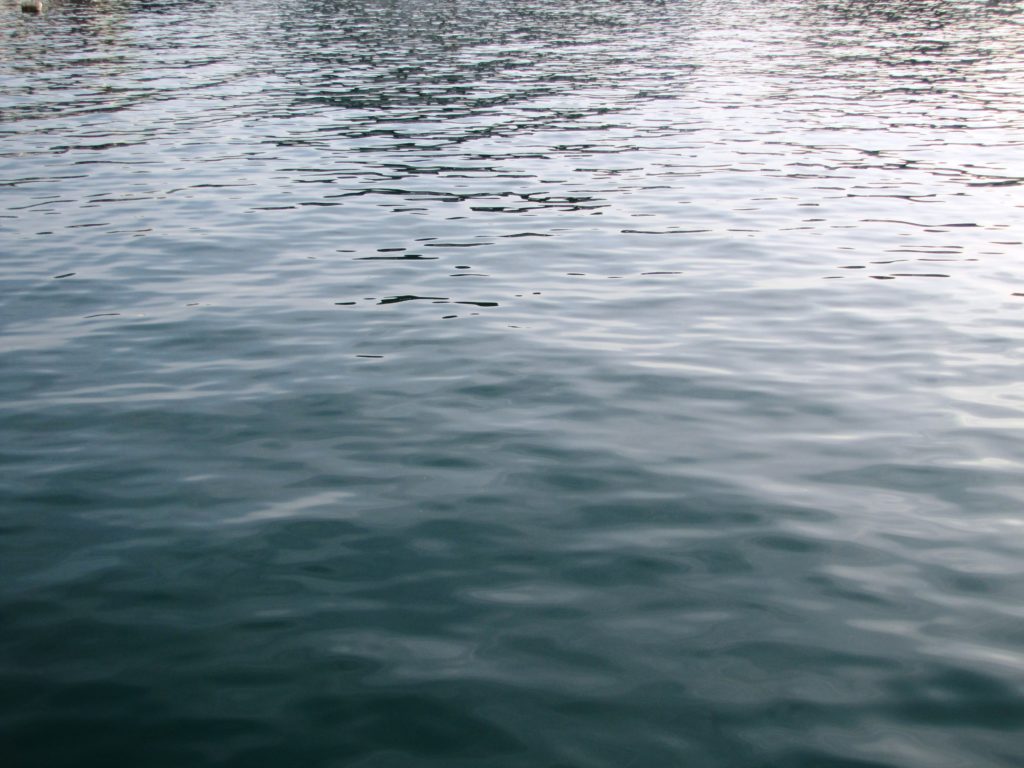