Female Marxism, Part I: The War Against the Feminine

Progressivism, particularly in its neo-Marxist form, is as rife with self-contradiction as any big lie can be. Orwell captured this inherent self-contradiction well, albeit somewhat superficially, in Animal Farm (“Some animals are more equal than others”) and Nineteen Eighty-Four (e.g., Ministry of Truth, Ministry of Love, etc.). By “superficially,” I mean that Orwell defined the overt hypocrisy of Marxist revolutionaries well at the level of practical politics, but did not always delve into the deepest irreconcilabilities of the Marxist philosophy itself.

This may be due in part to the fact that as historical realities have accumulated to the discredit of the Marxist idea, the hypocrites have been forced to refine and redefine (i.e., mask) their position in ways that only further exacerbate or highlight their hypocrisy. Latter day neo-Marxism is really nothing but proof on a grand scale of the clichés about the problem of perpetuating a lie, namely that in order to do so one must compound subsidiary lies, until, lost in the artificial complexity of his invention, even the liar himself loses sight of the nugget of truth he wished to appear to be cleaving to with his original lie.

Take the case of feminism. From its inception as a mass political movement, this derivative side-car of the Marxist revolution has been deeply invested in an inherent contradiction, which it has tried to obscure by means of the typical progressive redefinition of terms. The name itself, “feminism,” is intended to suggest not merely the promotion of women as a biological sex — why not “womanism,” then? — but rather an assertion of the dignity and, if you will, the rights, of the feminine.

And yet what is it that feminism, in all its genuine variations — i.e., variations that hardcore feminist theorists and activists would admit as proper extensions of their project — is most adamant to deny and reject?

There are three ideas feminism is essentially dedicated to dismantling:

(1) That women must be defined partly in relation to men. Feminists deny this in spite of the fact that the very concept from which they derive their name, “feminine,” is relational, and hence meaningless independent of that relation.

(2) That as an inherently relational notion, femininity is not, and cannot be, identical to, or coextensive with, its counterpart, masculinity. Truly defending the feminine would entail accepting and celebrating an essential distinction between women and men, which would have implications incompatible with the Marxist notion of “equality” as sameness, according to which notion all humanity is to be reduced to workers (“of the world”), overriding any distinctions that would be resistant to the Marxists’ base level of human identity in which we are all essentially cells of the collective, the State, rather than primarily individuated members of a natural species. Hence the recalcitrance with which the feminist vanguard insists, in defiance of common sense and biological obviousness, that heterosexual relations per se are a form of violent oppression, and therefore all (heterosexual) men inherently rapists and oppressors.

(3) That masculinity, as defined in opposition to its counterpart, femininity, is a legitimate and respectable manifestation of human nature. According to feminist dogma, “traditional masculinity” is an intrinsically sexist — i.e., unjustly discriminatory — principle. In other words, the masculine is inescapably a manifestation of systemic oppression, and therefore an illegitimate political weapon, rather than a largely natural, biologically-influenced temperament. Furthermore, it follows, by implication, that masculinity’s natural partner in mutual definition, femininity, is merely the flipside of a sexist dialectic, and thereby itself an embodiment of injustice, whether to be pitied or despised (usually both). This underlying presupposition is what allows feminists to believe they are speaking rationally when they slap their pseudo-psychological label, “false consciousness,” onto any woman who claims to identify with traditional notions of the feminine, or worse yet who says she appreciates or admires traditional instantiations of the masculine.

Hence feminists define their movement on the basis of a term that, according to their own theoretical presuppositions, has been drained of all positive, life-affirming content. According to feminism, the feminine is, in effect, nothing but a creation of the masculine, which is to say of unjust men seeking moralistic justifications for the suppression of women, and for the hoarding of all social power and advantages for themselves. Thus, just as Orwell’s Ministry of Truth deals in lies, and the Ministry of Love in torture and fear, so “feminism” deals in the denial and delegitimization of the feminine.

Feminism, to crystallize its theoretical panoply of unread and unreadable scholarly articles for the sake of amplification, is grounded in this premise: All women before feminism, living under history’s patriarchy, were deliberately kept powerless. Needless to say, calling someone “powerless” presupposes a definition of power that gives meaning to the adjective, just as calling someone “unintelligent” presupposes a definition of intelligence. In other words, to say one lacks “property x” is to presuppose a specific meaning of “x,” since otherwise there would be no way to know whether one lacks it.

So what definition of power is implied by the claim that before women began to be granted the “rights” to vote, to work in the same jobs as men, and to speak in pedantic abstractions and assert every wish as a demand, they were held in a condition of systemic powerlessness by the patriarchy?

Does this claim not reduce “power” to the fields of direct political participation and economic productivity? Those are major outward manifestations of practical efficacy to be sure. Nevertheless, the conflation or identification of these more overt forms of material or political power with the entire category of power belittles women far more effectively than any patriarchy could do.

What of the overwhelming moral power of “powerlessness” itself, for that matter? For example, anyone who has spent an hour of his life responsible for tending to the needs and protection of an infant or very young child knows the disarming effect — disarming is exactly the right adjective, if you consider its literal meaning — of being utterly relied on, trusted, and needed. At an adult level, one express purpose of the institution of marriage, throughout its history, has been to domesticate and guide men’s natural desires, with a view to converting these desires into the fuel of family life, thereby providing for the safe and responsible rearing of children, which in turn engenders stable communities.

“Power” in the fullest sense entails influence. Influence, in the context of human relations, means the capacity to effect change in others’ lives. To suppose that women before suffrage and “equal pay” were simply powerless is to assume that men of the “patriarchal” past had no capacity to be influenced in their character-formation and decision-making by women — in other words, that civilization was formed and reformed over the centuries without the molding touch of the feminine hand. An absurd assumption, to put it mildly. (More on this in a future installment.)

But if an assumption is that absurd, it behoves us to ask whether anyone ever really assumed it at all, or whether its (overt or implied) assumption is not rather a public display, a show-premise if you will — one intended to mask its purveyors’ real interests behind ill-defined notions of injustice and victimhood. All Marxist or Marxist-influenced theorizing has this odor of disingenuous or “performative” reasoning about it, particularly in the several generations since world history and worldwide economic reality conspired to completely falsify the Marxist dialectic and all its derivative “systemic oppression” narratives. In short, neo-Marxists in general don’t really buy their own claptrap, any more than (to use a fashionable example) those who cry about the “violence” of non-inclusive language really believe they have suffered violence at the hands of someone who used the word “mankind” to refer to men and women collectively.

The real goal of feminism — a dutiful sister-in-arms in the Marxist revolution — has never been to defend the feminine, or even to detach femininity (illogically) from its conceptual dependence on the masculine (aka “male-dominated society”). Those public masks are merely the rhetorical necessities of a movement that could never gain widespread support through an honest presentation. By means of these masks, however, feminists — with the help of their more intellectually substantial allies on the radical Left (mostly men), who provide the broader theoretical grounding for the homogenization of human nature and the subsequent revolutionary reinvention of humanity as an amorphous blob of mass-produced, i.e., socialized, i.e., publicly-indoctrinated, “workers” for the State — have managed to distort and mangle natural human feelings, and societal perceptions and goals, to nauseating degrees.

The true goal of feminism is, and always has been, the annihilation of the feminine. Marxism in all its forms is a philosophy of envy and resentment, a philosophy in which “justice” is recast as a cudgel for destroying what one fears. It is sometimes said we may judge a man by his enemies. Likewise, we may judge a feminist by the element of womanly nature she most wishes to silence or destroy, namely the element that operates through the power of subtle moral influence, the power of moderating restraint, the power of beauty’s magnetism, the power of the endeavor-inspiring “better half.”

Marxism’s peculiarly female expression finds its “justice” in a fear-induced hatred of the feminine. Perhaps this, above all else, explains the deafening silence of mainstream feminists on the anti-woman brutishness of fundamentalist Islam. Somewhere in the dark mists of their resentful minds, they recognize a basic sympathy between their position and that of the radical Islamic male: a mortal dread of the power of public femininity, and hence a desperate desire to mask, subdue, and suffocate it. 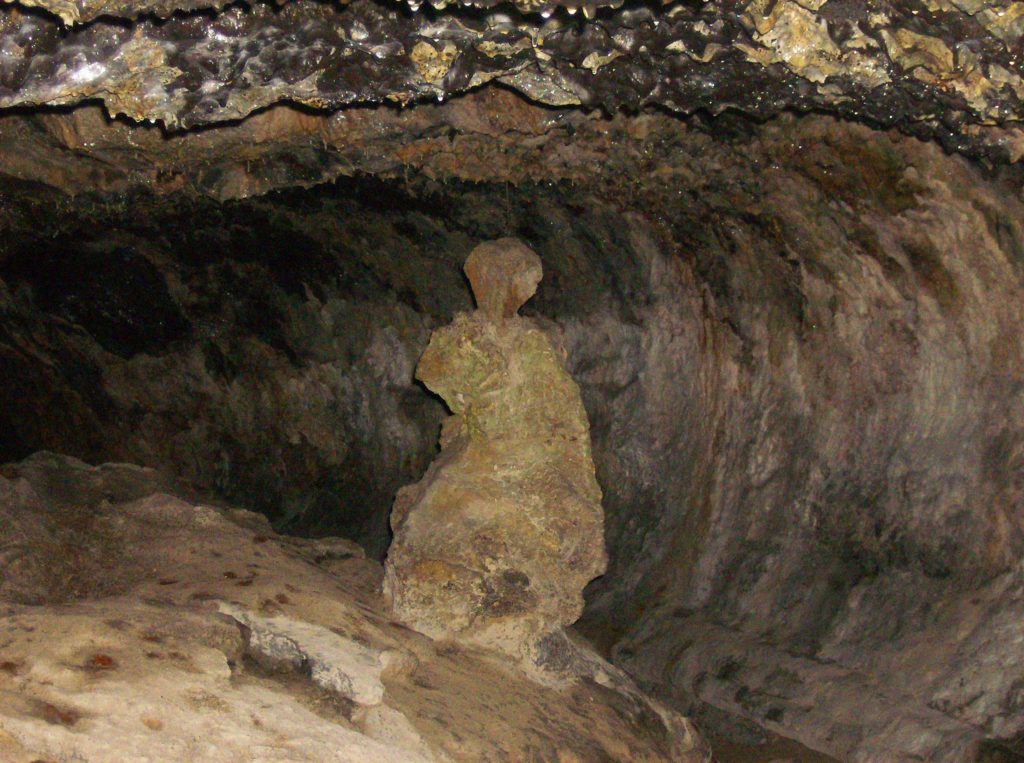