One of the most childish, irresponsible, and profoundly anti-rational argumentative techniques is to accuse your opponent of a mental disorder. Childish because it is a leading technique of the schoolyard (“Retard!” “Fag!”); irresponsible because it is merely an attempt to harm your opponent, rather than to persuade or critique him; anti-rational because it is designed precisely to evade or short-circuit reason and logic. It is, therefore, the cheapest of argumentative techniques, and, in its motivation and intended effects, little different from answering a disagreement by beating your opponent to death with your walking stick — which is to say it is argument in the manner of Mr. Hyde.

It also belongs to the same general category of rhetoric as accusing someone of being a witch. In other words, it is a technique aimed at forestalling discussion of differences by smearing a person with a label that will, one hopes, foster public anger or mockery, thus fomenting the noisy hatred of a lynch mob. Why? To answer that, you need only consider what a lynch mob is: a frightened crowd of wee men hiding behind one another — safety in numbers — to assuage their collective terror at the thought of having to face a strange or challenging reality in the condition a coward fears most, namely alone.

The witch hunt is a folly best suited to the sort of men who would now typically be called “leftists,” inasmuch as only collectivists — by which I mean those adults morally inclined to retreat to the warm, protective womb of “society” to spare themselves the painful challenges and risks of independent life and thought — are inherently susceptible to dread of the “different,” and only committed irrationalists feel an instinctive need to crush or erase that which they do not understand.

So attractive is the call of the womb, however, that once the mentality of the witch hunt has taken hold of a society or faction, its labels and definitions seem to have a way of seeping into the general discourse, even among people whom one might consider the least likely candidates for joining a lynch mob.

So it has come to be with the absurd label “Trump Derangement Syndrome.” At Right Scoop today, I see that the contributor who calls himself “Soopermexican,” a fairly steadfast Trump skeptic, has written a semi-polite attack against a standard target of the Trump cult, entitled “Bill Kristol is just embarrassing himself with his newest Trump derangement.” Citing Kristol’s open question as to whether, in light of Trump’s demagoguery over the NFL’s national anthem “issue,” the tradition of playing the anthem before sporting events ought to be scrapped altogether, Soopermexican insists that Kristol has “kinda lost it,” and responds that “you’re just letting your hatred of Trump bleed into your love of the normal course of life.”

In other words, Kristol’s question — Is this anthem tradition, which began during WWII, still beneficial or necessary? — need not be answered, let alone his charge of demagoguery taken seriously, because of course his words are not coming from the rational part of his brain, but from the part afflicted with Trump Derangement Syndrome. Case closed.

As if our modern lexicon were not already overwhelmed with simplistic demands for conformity masked as psychological diagnoses, now even the faction most likely to scoff at “attention deficit disorder” and the like have introduced a new “syndrome” of their own, and they are using it to enforce acquiescence to their idiotic idea of political success — reality TV demagoguery — by means of the same methods of isolation and intimidation used to force perfectly healthy people onto the emotion-deadening drugs late modern scientific man has developed to chisel dissent and difference out of the human moral and intellectual landscape. (By the way, I will be addressing the broader issue of mental illness and our modern pharmaceutical psychology in an upcoming series of articles, “The Myths of Mental Illness: A Thomas Szasz Appreciation.”)

Over the past two years, I dare say I have been diagnosed with Trump Derangement Syndrome as often as almost anyone, often by readers otherwise sympathetic to my writing, and even by some who used to be among my most ardent online advocates. When I bother to address the accusation at all, I usually begin by pointing out what should be obvious, but no longer seems so, due to the self-perpetuating nature of all good witch hunts — namely that there is no such thing as Trump Derangement Syndrome.

Substitute “disapproval of Trump’s politics” or “dislike for Trump’s character” in each and every sentence or headline in which someone uses the phrase “Trump Derangement Syndrome” — particularly when it is used against so-called conservatives — and you will see exactly what is really being attacked: Dissent. Disagreement. Refusal to accept Trump as a satisfactory substitute for something else.

That is what the Trump idolaters find so unacceptable — so unacceptable that they have invented a fake mental illness to obscure the simple fact and moral legitimacy of dissenting voices (which they are apparently unable or unwilling to answer with rational argument), to mock those voices, foment hatred against them, and, as far as possible from behind their protective barricades of virtual reality, to burn the dissenters at the stake.

And what do even the most benign disseminators of this pseudo-psychological category offer as an alternative to the principled (i.e., consistent and uncompromising) disagreement they dread so terribly? Here is Soopermexican’s final answer to Kristol on the question of whether the suspiciously un-American, vaguely statist tradition of playing the national anthem before every sporting event, from football to tiddlywinks, ought to be scrapped:

No, you’re just letting your hatred of Trump bleed into your love of the normal course of life. Don’t let politics ruin your ability to enjoy life, folks.

Right. Don’t let politics get in the way of football, beer, and the national anthem. After all, everyone enjoys a good political argument, but we mustn’t let such concerns interfere with our fun.

And that, my friends, is how a once great and free nation has answered the warning of one of its famous founders, who, when asked what he and his colleagues had produced in their historic convention, replied, “A republic, if you can keep it.”

They couldn’t keep it, partly because one of the great dangers of liberty is that its possessors should get lost in their private pursuits and refuse to “let politics ruin their ability to enjoy life.” Ah, enjoyment. Pleasure. Fun. Isn’t that what freedom is all about? Isn’t the God-given right to fun worth even the inconvenience of those two minutes of holding your hotdog at attention, your free hand on your heart, to sing the national anthem?

God forbid anyone should stand aside from that fun for a moment, or even look askance at it, and ask “What price all this winning?” For that annoying contingency — political dissent interfering with your enjoyment — America’s current Republican voters (not “conservatives,” and certainly not “constitutionalists,” but simply Republican voters) have invented a catch-all answer: Trump Derangement Syndrome. Dismissive mockery and hateful branding — the quickest way to protect oneself from the adult, responsible, rational course of life, which involves thinking and facing challenges to one’s precious, enjoyment-enabling certainties. 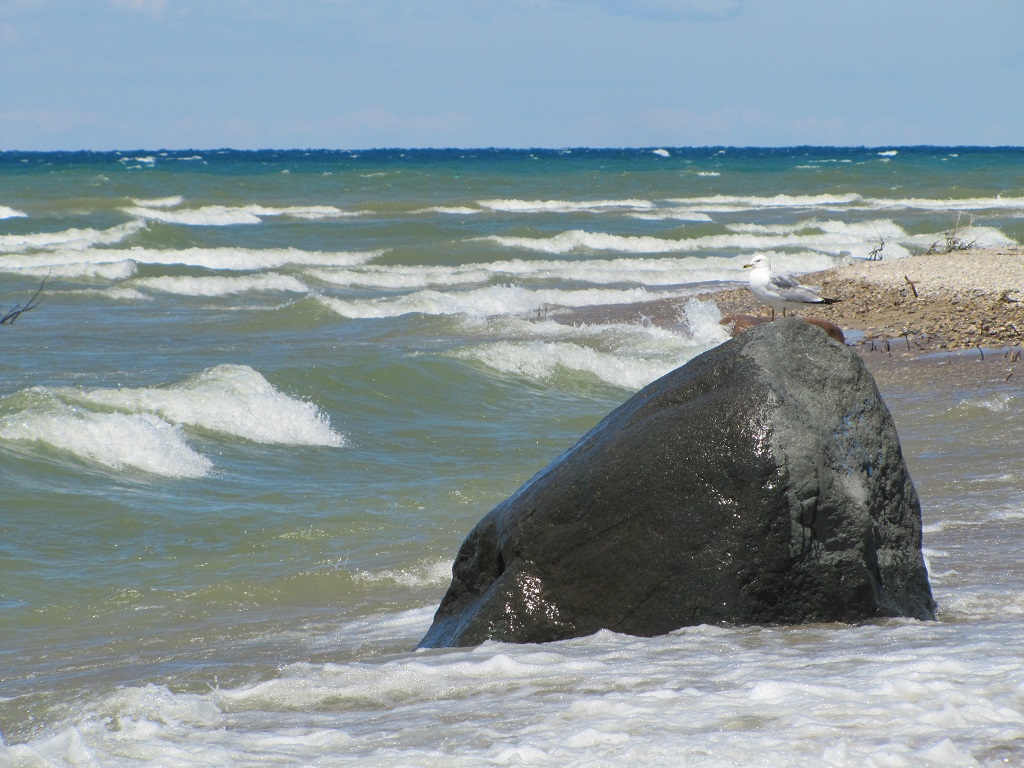