A mass handgun shooting in the city that, in an early example of its typical self-congratulatory and delusional smugness, has long called itself  “Toronto the Good,” has just raised this year’s gun murder tally in the city to 27, with another 82 injured.

Just after 10 p.m. ET, gunfire was reported in the Danforth and Logan area, which is a bustling area that includes bars, businesses and homes.

In the violence, a young woman was killed, and now a girl is fighting for her life, said Toronto Police Chief Mark Saunders in a midnight news conference.

A handgun was used in the shooting, which covered “a bit of distance,” he told reporters, explaining that investigators were treating the crime scene “like a jigsaw puzzle.”

Luckily, the shooter was killed in an exchange with police before he could murder or wound any more victims.

But for me, since I believe these violent crimes are reported with far too much careless and desensitizing enthusiasm by our modern sensationalizing media, the real news in this story is the immediate response of Toronto’s mayor, John Tory, the former leader of Ontario’s provincial Progressive Conservative Party (the most honestly named “right-wing” party in any contemporary Western democracy). Naturally Tory, like all modern milquetoasts, statists, and irrationalists, blames the guns.

“We have a gun problem in that guns are too readily available to too many people,” said Toronto Mayor John Tory from the Danforth scene. “The only people that really are supposed to have them are the police and very limited numbers of other people, and that is clearly not the case … And we clearly have to do more about it because there are too many people carrying around guns and using them in whatever manner they use them.”

And how did John Tory calculate the number or proportion of people “that really are supposed to have” guns? What does he mean by “supposed to”? Of course, he means nothing, or rather he means that, as a knee-jerk progressive, he simply would prefer if no one but the government had guns — and, like all progressives, he equates his personal feelings with enforceable mandates. Hence, “I don’t like gun crime” becomes “I wish there were no guns,” which in turn becomes “People aren’t supposed to have guns.” No reasoning, no principles, no concept of rights, liberty, or self-determination to struggle with. Gun crime upsets him, so people must not be allowed to possess guns, period.

“We clearly have to do more about it,” he says, meaning “we” have to increase the level and enforcement of gun control laws, without regard for moral justification, and without examining the changing nature of the population that has made the availability of guns a virtual guarantee of the criminal use of guns.

To state the obvious for the millionth time, no gun has ever committed a murder in Toronto — or anywhere else I daresay. And yet Mayor Tory defines his city’s growing tide of casual murder this way: “Guns are too readily available to too many people.”

No, Mr. Mayor, the problem — the one you would have to deal with if you were a real statesman, rather than a career feeder at the public trough — is quite the opposite: People are too readily available to too many guns. Toronto people, that is.

The problem, in other words, is not, as Tory revealingly claims, that “there are too many people carrying around guns and using them in whatever manner they use them” — as though the “manner” in which they use them were somehow vaguely out of the people’s control. The problem is precisely the manner in which people choose to use them; that is to say, the problem is the people of Toronto, who have gradually, in growing numbers, relinquished their status as responsible adults in favor of following their emotional whims of the moment, like poorly raised children, and who therefore can no longer be trusted to resist the opportunity to use a weapon if one happens to be available to them.

Though I cannot test this hypothesis, I feel confident in saying, from my experience of having lived in a midsized Korean city for eleven years, that if you placed a hundred loaded handguns in random locations around the streets and parks of the downtown area of my city, ninety-nine of those guns, at least, would find their way safely to a local police station. Any casualties would be caused by children finding one of the guns and innocently playing around with it, or by a drunken student showing off with it to impress his girlfriend.

Place the same hundred guns around the streets of downtown Toronto, by contrast, and there will be a rash of murders and armed robberies for the next month.

I recently had the ill fortune to spend several hours, on two separate days, in the city’s most famous downtown area, near the prestigious University of Toronto, the banking district, and the core of Canada’s business and arts communities. The word “cesspool” is far too quaint to describe what I saw, or how I felt, during those hours. There are downtowns where I wouldn’t want my wife walking alone at night. Toronto’s is a downtown where I wouldn’t want her walking alone at noon.

Walking through the never-ending phalanx of ghostly homeless people, sleazy creeps, screaming lunatics, and dope-smoking thugs — along with the passive majority of “ordinary people” who wander obliviously through this horror on the way to their chic restaurant or banking job, pleased as punch to be living in the greatest city in the world — I suddenly understood more clearly than ever why our modern popular culture has such a sick obsession with zombies, the living dead. It’s merely the new realism. 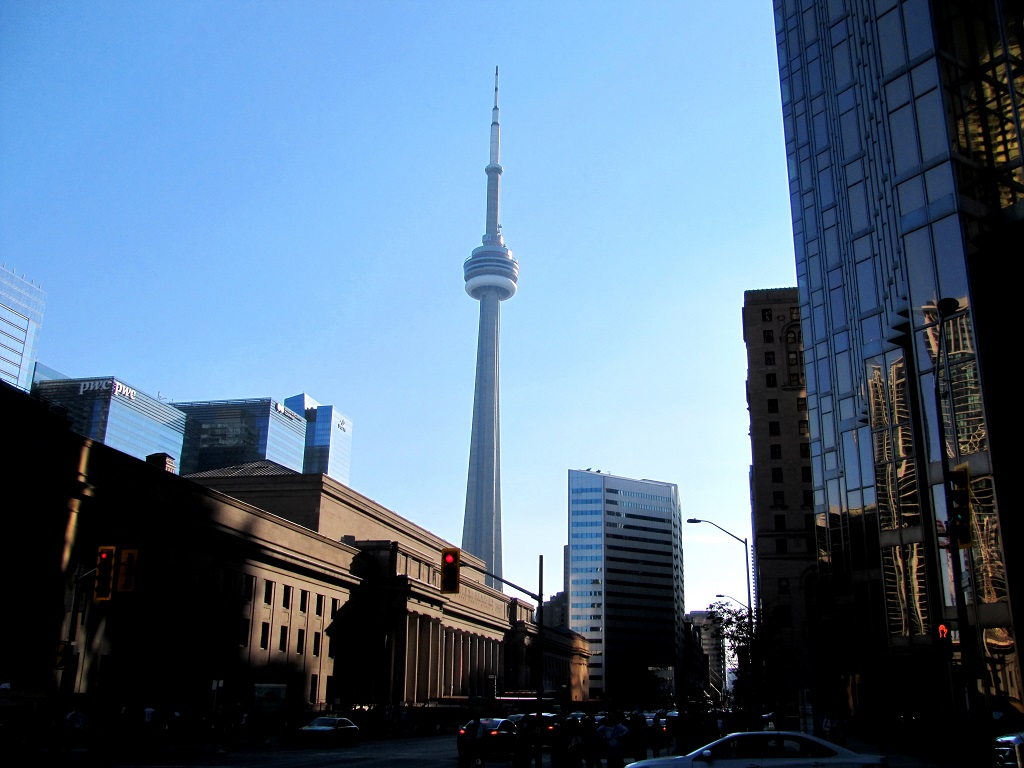