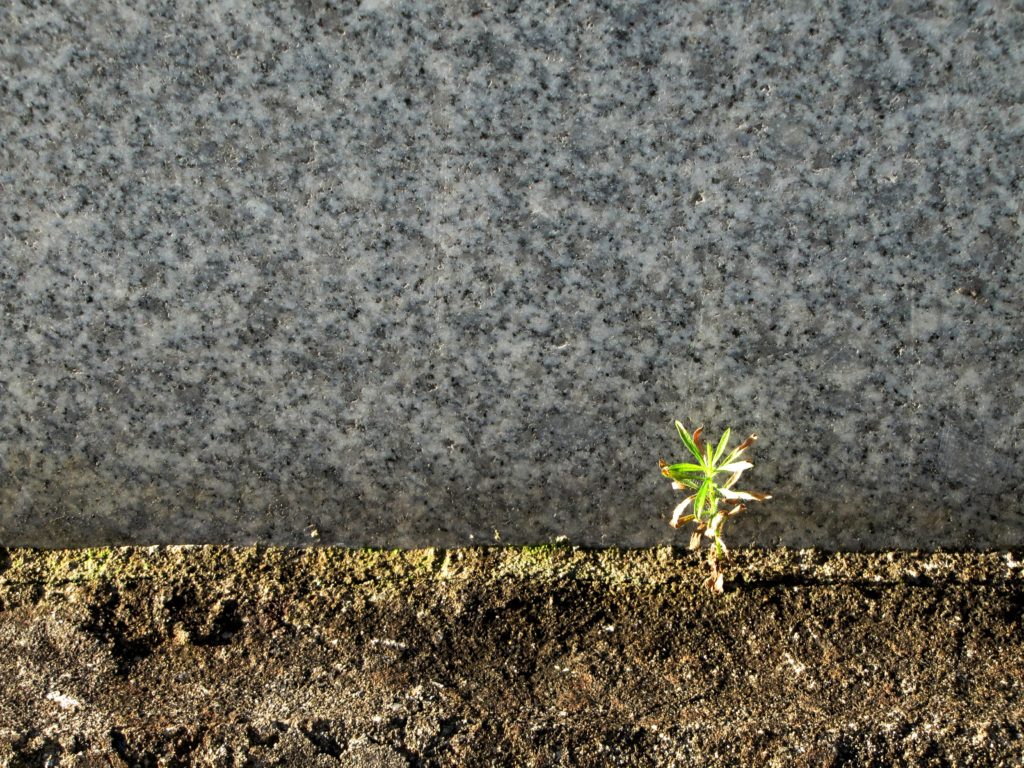 A major star of Korean pop music (or K-pop) has committed suicide, seemingly due, in part, to a long-term bout with depression. The Korean and international media response is divided between pitying tributes to Kim Jonghyun the artist and pseudo-serious consternation over mental health issues. Meanwhile, almost everyone is evading the greatest concern at the center of this story: suicide.

Kim, 27, was the leader of a very successful “boy band,” SHINee — which means he was a purveyor of repetitive, computer-generated schlock featuring simplistic, hackneyed melodies, rhythms about as imaginative as a kitchen clock, musicianship by Microsoft, and slickly produced videos many of which would have been classified as soft pornography fifty years ago, full of sex-simulating dances, prostitution-worthy come-hitherism, and, in the case of a boy band like SHINee, more lip gloss, dyed hair, and effeminate posing and puckering than you would see on a Milan runway.

A quick look at a few of his recent music videos — a quick look is all the K-pop I can take at any one time — shows him obsessing, like a self-important teenager, about his “loneliness,” about wanting to have sex with anyone at all as a way of diverting himself from supposed heartache, and in general, about how hard and pitiable it is to be young, sexy, famous, and spiritually emptier than a pure vacuum.

On Monday evening, the news broke that he had died of self-inflicted carbon monoxide poisoning, after sending his sister a text message reading, “It’s been too hard. Please let me go. Tell everyone I’ve had a hard time. This is my last goodbye.”

Pitiable words to be sure. But of course Kim was neither the first person to experience such feelings, nor, obviously, the most impressive. This is the nature of depression in general at its most acute, an “illness” increasingly common in our nihilistic world, which affords a young person no sense of ultimate purpose or meaning in life, and hence little inner ammunition with which to combat the fairly common youthful pains of feeling isolated, frightened, and “invisible.”

Upon reading his final messages, however, the first thought to cross my mind was “self-pity.” I don’t mean that to be dismissive, but merely accurate.

Self-pity is what can arise when a weak or despondent person lacks the big courage to keep fighting or continue reaching out for help, or even the small courage to face his hardship alone, without saddling others with more of his burden than necessary. Instead, he tries to tell everyone how difficult it is for him to live, as if he is special for having it so hard — and as if being too weak to fight were something to be proud of.

But many people have lives that are objectively much worse and more difficult than Kim Jonghyun’s. Isn’t it supremely presumptuous and immature of him, a successful and widely admired person, to cry to the world expecting pity from precisely the same people he has asked to admire and pay him for his commercially-packaged depression? What about all the homely or anxious outsiders he humiliated or intimidated in school, intentionally or unintentionally, with his pretty boy popularity? What about the talented musicians who spend their whole lives developing great skills and sensitivity, and then live in poverty and frustration because no one wants to listen to good music anymore, as they have all been propagandized into preferring factory-produced pop trash like SHINee?

For that matter, what about all the young people who suffer in loneliness and shame because they are truly confused about their sexual feelings and don’t know what’s wrong with them, while a mass-produced androgynous teen idol like Kim gets rich and famous by fostering, glamorizing and exploiting sexual confusion with his pop transsexualism, his boy band lip gloss, his breathy, wistful pining, and his girlish pouting?

So it’s too bad he committed suicide, of course. But — and here is the main point to be drawn from this episode, if the media cared to be responsible enough to draw it — suicide does not make him more interesting.

In fact, it makes him less interesting. Fighting against whatever emotional demons you have, and not giving up, makes you interesting.

To go one step further, I would argue that most of the really interesting people in history had far heavier and more deeply-rooted emotional troubles than Kim’s, but they didn’t cave in under that weight. They lived with it, even though their pain, hopelessness, and fear were overwhelming sometimes. They lived without friends, or without money, or in prisons real or social. They fought for their lives, however difficult, and they found something in their dark depths, or in the process of climbing out of those depths, that could serve as the fuel of greatness. They were profound.

A celebrity who can’t stand the emptiness of his superficial life is a sad case, perhaps the definitive case of modern depression — a disease of the superficial-celebrity-in-one’s-own-mind, we might say — but he is not special. Genuine melancholy, the “depression” that can become a source of meaning and purpose, is quite different.

A dignified melancholic is not a victim of self-pity — which is not to say self-pity never tempts him, but that he never succumbs to it. He fights. He seeks. He doesn’t give up, even when everything in his heart is screaming “What’s the use?” That, at last, is how he finds himself, and even, in rare cases, changes the world. That’s the hard path to real freedom. It’s rarely pleasant or cheerful, but, as Nietzsche famously told us, it makes you stronger. The melancholic’s struggle against the impulse to death (physical or spiritual) may in a sense be the human soul’s definitive act of living.

What is most disturbing in this particular situation, however, as I noted at the outset, is the way the media, for commercial reasons, is making a glamorous romantic hero out of Kim Jonghyun, as if suicide were a beautiful thing, or some kind of fearless act. Korea’s suicide rate is the highest in the industrialized world, and ought to be raising alarm bells throughout the nation regarding the way children are raised. As I read the fawning attention given to Kim’s memory, the mawkish sympathy poured out for his hardships, and the deference to and legitimization of his self-aggrandizing demands for pity, one thought occurs to me, again and again:

If more young people commit suicide over the next year or two because they were influenced by this teen idol’s publicly romanticized example, the Korean and international media will have blood on their hands.

The chief lesson of Kim’s sad case, and the disillusioning truth his young fans ought to be coming to grips with today, is that there is nothing heroic or romantic about giving up. What’s heroic is not giving up.

And that leads me to one final, somewhat harsh thought. Didn’t Kim Jonghyun think about the influence his actions might have on the thousands of emotionally weak teenagers who admire him? (Remember, some of his songs explicitly play on youthful desperation and loneliness.) Didn’t he care about them at all?

In the end, he didn’t. He was a selfish, overgrown child. He only cared about money and fame, and in the end all the “deep feelings” of his songs were a performance to win fans and wealth. His life was empty, as he himself said, because he chose an empty life. He didn’t think at all about his possibly life-altering impact on his fans, though he knew they were young and impressionable. He carelessly glamorized emotional and moral weakness for material profit. Much worse, he chose a death that would obviously threaten to provoke and encourage literal self-destruction in others, and yet he wanted to be congratulated and pitied for it. (“Tell everyone I’ve had a hard time.”) He deserves to be forgotten.

Does that sound pitiless? Perhaps it is. I’m not thinking about Kim Jonghyun’s soul today, but rather about the souls of all the young people who might commit suicide more easily today because of that weak pop star’s selfish and thoughtless behavior. I’m thinking about young people I know personally who have asked why they should continue living, but have nevertheless fought hard to find meaning in life, rather than giving up. Kim’s life was no harder than theirs. He was just weaker and more selfish than they are. Why does he deserve admiration or the romanticism of a glamorous afterglow for that?

Nineteenth century Romanticism, the aesthetic sister of political progressivism, engendered the notion, which has filtered down — way down — to today’s pop culture, that feelings are the only gods, reason and understanding are worthless, and that the most meaningful life is the one lived and died most tragically, where “tragic” means “for nothing.”

Nihilism grew out of Romanticism’s tragic chaos of the individual struggling against the strictures of rational social norms. The romantic hero is the man who overcomes society only to discover that he can never win, that the restrictive, “superficial” rationality he has overcome was the only meaning in life, and therefore that the only heroic path is to die for the principle of a freedom redefined as defiantly shouting one’s feelings into the black nothingness.

And so today we have a world prepared to glamorize and lionize superficial overgrown teenagers who, looking into that nihilistic, narcissistic abyss of their own feelings, lack the willpower to seek genuine meaning in life, but simply allow themselves to fall.

I write this during the season when much of mankind is celebrating the birth of a boy who, when he was just a few years older than Kim Jonghyun, was put through the greatest imaginable suffering, the most thorough sense of isolation, and accepted the pain in its entirety. His final thought was not “Tell them I’ve had a hard time,” but exactly the opposite: “Forgive them, for they know not what they do.”

Today, we aggrandize the former and have widely forgotten the latter.