On Friday, Ireland Voted to Kill You

The following is an open letter to an unknown girl, one without a name, one without a friend, and, as of Friday, May 25th, if Ireland’s abortion-legalization referendum goes as expected, one without a future on this Earth. For communicative convenience, I will do this child, whom I’ll never meet, an honor her mother wasn’t willing to grant her, namely naming her: “Emily.”

I am sorry to have to begin this brief letter by observing that I have nowhere to send it, and no one to whom to address it, since, of course, you are dead now. Perhaps we would never have met in any case. That seems likely, given that I live nine thousand kilometres from the nation into which you would have been born — had your mother not decided that her immediate physical comfort and ease of existence was more valuable to her than the fate of either her own soul or yours.

Having said that, I am quite sure that had we met, I would have been more considerate toward you than your mother has been, killing you as she has, probably without an ounce of remorse, except for whatever small material discomfort the “procedure” (i.e., your murder) cost her. What is more, I am sure that if you could somehow be granted a glimpse into the life you were denied by your brutal and self-centered mother, perhaps by some new iteration of the “Ghost of Christmas Future” (a character in a story you will unfortunately never know, as you will never know any of mankind’s wonderful and morally stimulating stories), you would see yourself meeting dozens, if not hundreds or thousands, of people, from polite passersby to intimate friends, who would all treat you with infinitely more dignity than your mother did.

I am also sure this next fact will be as hard for you to understand as its opposite would be for the rest of us, but the human concept of a “mother” normally connotes something caring, generous, devoted, and utterly lacking in self-absorption. Your mother, of course, being exactly the opposite of all those things in her behavior toward you, has thus deprived you of even the most basic and primal of all human moral conceptions, namely that of one person in whom one can invest all one’s faith and trust at the outset of life, and for whom, for that reason, one maintains a certain emotional attachment all one’s life. For you, by contrast, mother is the most untrustworthy person in the world, the one above all others upon whom you could never depend, and thus even the very word “mother,” for you, can only denote hatred, revulsion, and rejection — all of it pointed directly at you, her child.

Believe me, it need not be that way. Many women who become pregnant — most of them, even now, I suspect — feel an exuberance about the living thing growing inside them that is easily grand enough to overcome all sorts of petty fears, insecurities, or dashed fantasies of childish “freedom.” These women, the normal ones, quickly form an emotional attachment to the life they are fostering that is even stronger — much stronger — than the literal, physical attachment defined by the pregnancy itself. Rich or poor, alone or surrounded by loving family, a mother is typically prepared to struggle through a great deal of pain, anxiety, or even genuine hardship, for the well-being of her child — her child. For she sees the child as more hers than anyone else’s, and therefore as more her responsibility than anyone else’s. What mothers have traditionally been willing to do for their children is quite remarkable — and so remarkably “standard” that we usually take it for granted.

Still, I understand how hard it is for you to imagine a mother as such a lovely thing, when yours, of course, was anything but lovely. I just thought it might be worth telling you that mothers are not all like yours. In fact, happily, most are not.

But what I really wanted to say, Emily, was this: I am sorry. I am sorry that neither I nor any of the millions of other well-meaning people of this Earth were able to find a way to keep you with us. We believed in you, we knew you deserved to live, and in fact many of us even believed that what your mother was intending to do to you was an instantiation of one of the great blindnesses and hypocrisies of our age — the casual termination of millions of human lives in the name of “women’s rights.”

You ought to be a woman yourself someday, Emily. Unfortunately, you will never be one, because millions of women whose own mothers were nobler than their daughters have chosen to assert their supposed “right” to end your life in the name of their mere material convenience.

We couldn’t save you. We wanted to, but we failed. Your mother, who wanted you dead, along with so many others who wanted their own daughters dead, won the battle, even as they have been winning it throughout most of the countries of the civilized world over the past few generations. And I’m sure you are getting quite a satisfying smirk out of my reference to the “civilized world,” seeing as how you yourself are permanent evidence of the underlying incivility of this age. (I gave you that one on purpose. It was the least I could do.)

I bet you would have been quite something. Most girls are, at least in someone’s eyes. I guess even your mother was impressive to someone, before she sold her soul, twice: once for the emptiness of pleasure without meaning, and then again to escape pain without consideration of the consequences.

I have no idea what has become of you, Emily. I have no fantasies to sell you, nor any pretty pictures with which to assuage my own frustration at living in a world so devoid of spiritual substance, let alone of belief in the reality of “spiritual substance.” I hope your fate is as painless as possible, and your existence, whatever form it has taken, as meaningful as existence can be for you who will never know the earthly life you were intended to have — that you did, albeit briefly, have, before a heartless citizen of a heartless society made the horrendous decision to cast you out. 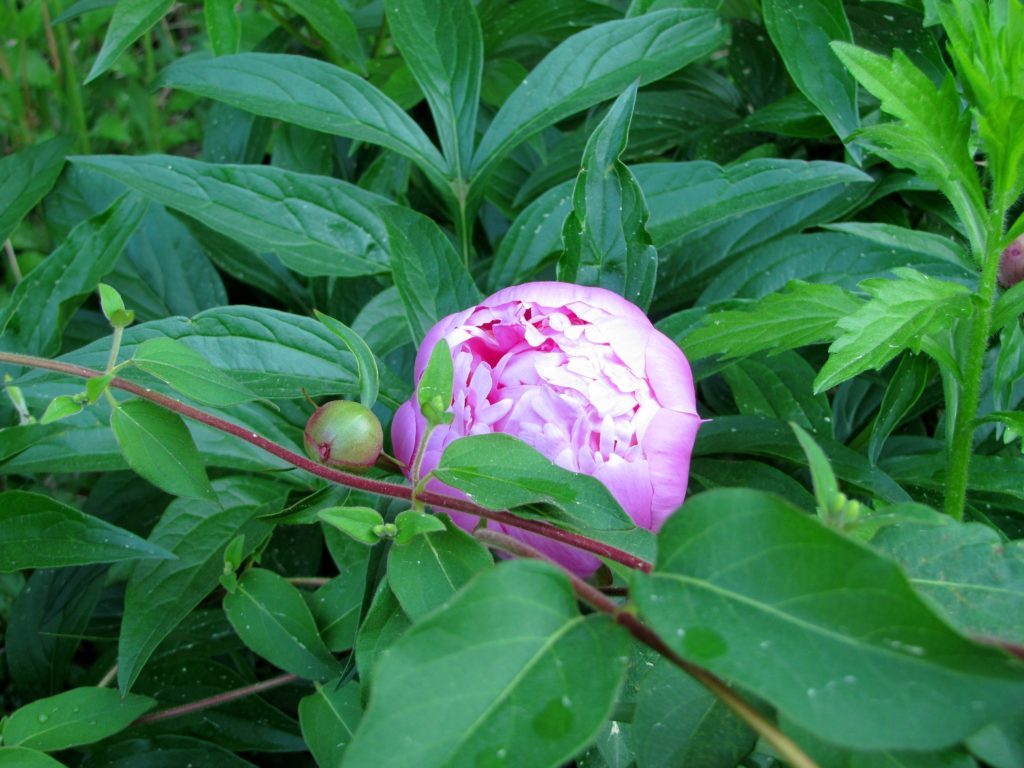