Both the U.S. and South Korea have confirmed that North Korea just test fired an intercontinental ballistic missile,  this one splashing into the Sea of Japan (which Koreans call the East Sea) after traveling higher than any of their previous tests, 2800 miles (4500km) into space. Does this suggest they are actively planning for a possible EMP strike against “someone”?

And might this, in turn, suggest that, contrary to all the comforting dismissal of Kim Jung Un as merely the “crazy” despot of a small, isolated country, his regime is thinking in serious strategic terms, and quite rationally in a certain sense? (And by the way, wasn’t Hitler crazy? Wasn’t Stalin crazy? Crazy is no argument against the legitimacy of a threat; in fact, a certain kind of craziness, combined with sound pragmatic reasoning and a measure of desperation, might be the source of the most potent type of threat.)

North Korea has nuclear bombs, and is apparently in the process of miniaturizing them for delivery on a missile. It has long-range missiles, and is obviously in the process of testing them for height and distance. But it also has a relatively small arsenal of such weapons, while being engaged in verbal conflict with the best-armed alliance in history. The strategic question they have to solve, then, from a military point of view, is how to deliver the most harm, and the most debilitating harm, in the shortest time, and with the most economical expenditure of resources.

The logical solution, if they could pull it off, might be an electromagnetic pulse attack against one or more of their immediate adversaries — the U.S., South Korea, Japan — which, in theory, would send much of an entire nation into temporary chaos, short circuit mass communication, and potentially strike a terrible blow to the enemy nation’s confidence and sense of impunity. (National confidence and the sense of impunity are not the same thing, of course — a nation suddenly faced with its perilous vulnerability might actually increase its resolve, rather than shrink in fear — but this might be the kind of calculation on which a desperate regime would be prepared to gamble.)

If the North Koreans are reasoning well, they are probably seeing EMP-readiness, or the appearance of same, as a powerful deterrent, rather than primarily as a first-strike weapon. That is, the risk of their actually conducting a surprise attack seems less urgent than the risk of their simply becoming too great a retaliatory danger for their rivals to want to incur, thus effectively insulating themselves from the threat of forced regime change. Today, and for a long time, the North has been somewhat protected by two considerations: They have a load of weaponry aimed at one of the world’s major population centers, Seoul, easily within range of a decent BB gun; and China will defend them in a crisis.

The first of these considerations remains in effect, but would be seriously buttressed by a more direct threat capability aimed at the continental United States. The second is a wildcard, since no one really knows what China would do if armed conflict broke out. Donald Trump and his most ardent supporters seem to foolishly imagine Trump has the Chinese wrapped around his little finger. He doesn’t. They are long-range strategic thinkers of a sort that only very intelligent and secure tyrannies can be. Trump’s supporters talk confidently about his multi-dimensional chess player’s mind, but mainly to explain away all the apparent disappointments and reversals his first term has delivered to their hopes.

The Chinese, by contrast, really are thinking on multiple levels. Theirs is a regime which has embraced capitalism — supposedly the ideological enemy Maoism had superseded — in order to raise the nation out of poverty, to build its weaponry and infrastructure, and to improve the national spirit with evidence of a government dedicated to the people’s comfort, and which has done this not as an admission of ideological defeat, but explicitly as part of a long-term strategy to prepare for a reversion to full-on communist dictatorship once they have achieved the desired material and military power and influence. In effect, they have taken the old Marxist dialectic seriously, calculated that the capitalist stage of the dialectic had not yet run its proper course in China as the precursor to the workers’ revolution, and therefore decided to go back and “do it right” this time. Now that’s strategic thinking, long-term planning, and keeping one’s eye on ultimate goals.

With regard to North Korea, there is just one thing we know for certain about the Chinese position: they are absolutely opposed to a unified democratic peninsula. We have no way of knowing whether they would go to the wall to save the Kim dynasty per se — the Kims have increasingly become a nuisance to them, undoubtedly — but they will defend authoritarianism in the North, unless they see some advantage for their own gradual reversion to communism in a differently-configured peninsula. Given that “stability” on the peninsula remains their official position, one should expect them to accept regime change in North Korea only on terms that simultaneously solidify their own continued influence there.

So assuming, as one always should, that one’s enemy is capable of a rational calculation of its interests, and knowing that North Korea is clearly making great strides in its race toward weaponizing missiles that could inflict massive damage to infrastructure and morale on the U.S. mainland, one must ask: “Why are they on such a seemingly suicidal track?”

For with each step they take, rhetorically and militarily, toward becoming a clear and present danger to the U.S., they are obviously inching closer to inviting a preemptive strike which, if it escalated into an all-out war, would, all things being equal, lead, as Trump has warned, to their regime’s certain demise, and the annihilation of their nation. Why are they doing this?

The assumption of rationality, combined with our best understanding of the overall situation, leaves us only a few viable possibilities:

I hasten to note that I have absolutely no idea which of these possibilities represents North Korea’s real thinking at this moment, and I doubt anyone outside Kim’s inner circle (and perhaps Xi Jinping’s inner circle) really has any idea. I merely wish to clarify the nature of the problem, and its implications, by reducing their motives to the basic alternatives that reason suggests.

Option 1 seems least likely, since if they really wanted to commit suicide, they could create a more than sufficient “bang” right now, without further exacerbating the situation.

Option 2 (operating at the behest of other powers) is somewhat more plausible, although it is the option most conducive to hyperbolic conspiracy theory, and therefore ought to be approached with extreme circumspection and reticence. (That is not to deny the possibility, but merely to tether one’s imagination to reason and history before leaping on board the global grand design bandwagon.)

Option 3 is basically the status quo choice, and therefore the easiest to accept as plausible: they want to perpetuate the present geopolitical arrangement without substantial change, and they are afraid change is coming unless they can provide a sufficient reason for their adversaries to leave them alone.

Option 4 (preparing for expansion) would work best if we assumed that the regime saw its demise by implosion as imminent due to a combination of sanctions and China’s aloofness, and therefore saw a land-and-assets grab as necessary for its survival. (Remember, the communists originally wanted, and almost took, the whole peninsula, so this would merely be a revival of longstanding goals.)

Option 5 (holding the world for ransom), were they to pursue it openly, would rightly be ignored by the U.S., which might cause friction on the UN Security Council, and eventually lead to a military confrontation between the U.S. (with South Korea and Japan) and North Korea that could create a de facto version of option 2.

Because it is, as I have said, the “easiest to accept,” I feel instinctively attracted to option 3. Nevertheless, option 4 seems to have merit as well, in light of the real situation on the ground: a starving population, parasite-infested soldiers escaping to the South, families selling their daughters across the border into China in exchange for rice, wealth and abundance flaunting itself just kilometers away among a population that speaks the same language, and a ridiculous young third-generation despot eager to prove himself worthy of the family mythology. Option 5 is basically Iraq Redux, but with an opponent far more dangerous than Saddam Hussein, and one with much greater capacity to inflict massive harm on U.S. allies, or even the American population.

The situation is ugly, and getting uglier, no matter which of the above options turns out to be closest to the truth. It seems increasingly inevitable that someday, eventually, we are going to find out what North Korea’s weapons are really capable of, and what their superficially “crazy” behavior of late actually indicates about their goals. 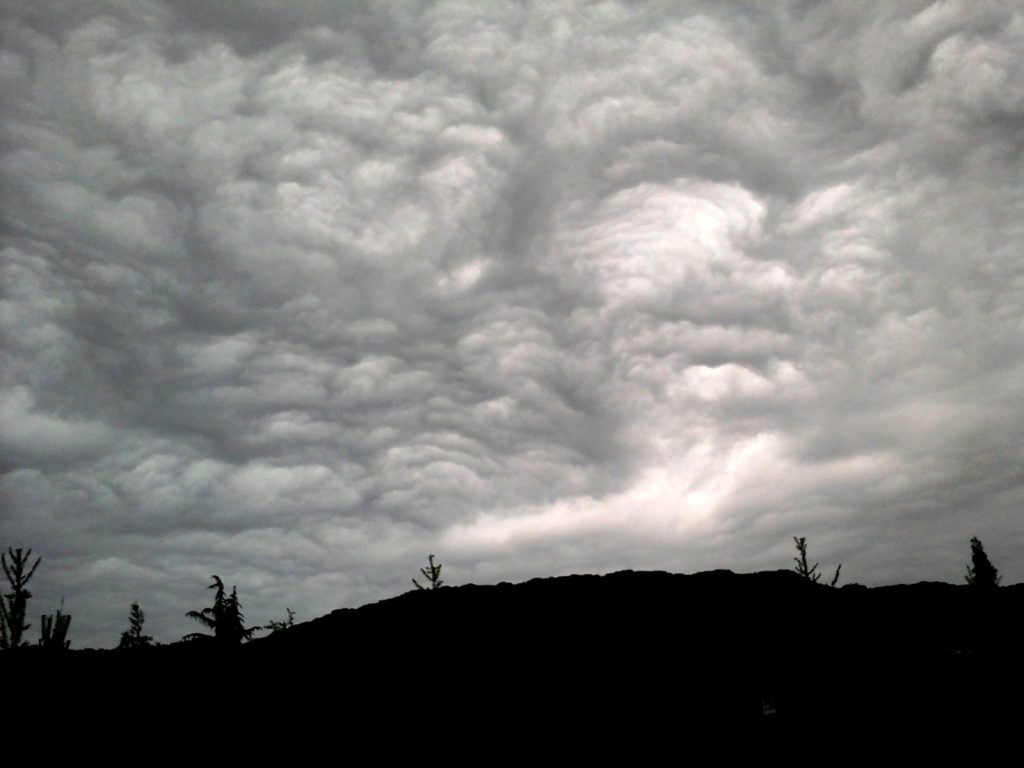