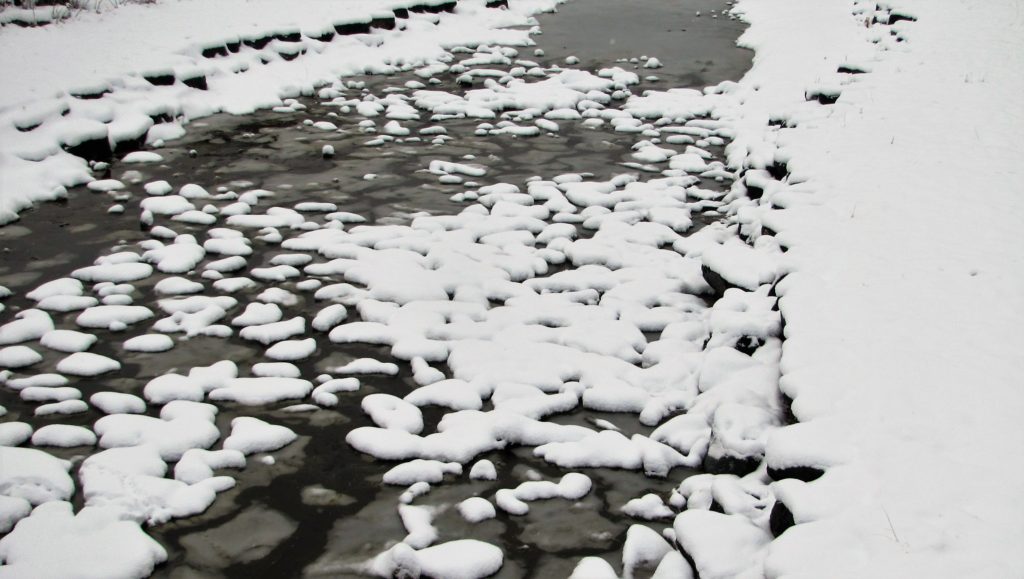 Did you happen to catch the end of civilization on TV last week?

The 2012 U.S. election will likely be judged by men thousands of years hence as a world historical event, on a par with the Peloponnesian War, the assassination of Julius Caesar, the Copernican Revolution or the Battle of Waterloo. If this seems hyperbolic to you, that is probably because we have never seen an epoch-making moment quite like this one. For this is perhaps the first time history has been “fundamentally transformed,” if you will, by an electoral majority.

Consider, first of all, that although democracy, in any recognizable sense, began in Greece 2500 years ago, it also died in Greece 2300 years ago. Subsequently, it existed only rarely and in very limited forms throughout most of the centuries prior to the modern era. General elections of the modern sort, then, in which governing bodies and policies are broadly chosen or altered by public vote, actually have a very short cumulative history.

Furthermore, consider that we usually judge the ultimate significance of elections in retrospect, rather than in anticipation. We speculate, for example, on how different America, and consequently the world, might have been had Abraham Lincoln not been elected in 1860, or Ronald Reagan in 1980. Events that unfolded after the election cause us to wax philosophical about things that might have been, just as we can wonder how the modern world might have evolved had Shakespeare never taken up writing. But rarely if ever has the election itself, rather than its aftermath, been the historically defining moment.

In addition, most democratic elections are limited in their primary significance to the nation that is voting. The election of Margaret Thatcher and the Conservative Party, for example, had international ramifications of great import, but these were nevertheless merely by-products of Thatcher’s significance as the melody of Britain’s swan song, a once-great nation’s last dalliance with reason and righteousness.

In general, even the most important elections in the histories of nations have lacked the defining characteristics of those temporal events that we normally regard as being of world historical relevance. Such events may be seen, at least with benefit of hindsight, as having essentially altered the trajectory of civilization (for better or worse), which is to say that the times that followed cannot properly be understood at all independently of those monumental, redirecting moments. Once again, actions taken in the aftermath of democratic elections have occasionally had this kind of importance; elections themselves have not.

The election of November 6, 2012 was different. It was, as I have argued, a referendum on the principles of modern civilization itself, and a referendum which, for very concrete reasons, was a world event.

At the core of modern civilization is, or was, the project of practical freedom—the effort to build societies consistent with the principle of ethical individualism. From the Platonic-Aristotelian conception of the individual rational soul, to the Gnostic divine spark, to the Christian emphasis on individual salvation, to Thomas Aquinas’ injunction that human law must respect man’s spiritual need for earthly freedom to choose virtue, to Locke’s natural rights—from all of this, and more, evolved a central theme of modern civilization, the effort to establish a society fully respectful of the dignity of the individual human being.

This was modernity, and America was the highest practical manifestation of its spirit. Flaws, blind spots, missteps, and squandered opportunities notwithstanding, America came closest to realizing the specifically modern hope of a society rooted in the rights of man. What it may have sacrificed in the appreciation of legitimate distinctions of merit among human types, it gained in the humane principle that, in practical political terms, no man ought to be regarded as essentially subject to the will of any other.

Contrary to the reactionary snobbery of contemporary European fops, this trade-off was not evidence of America’s inferiority, but rather the deliberate fulfillment of the project of the greatest modern minds, and their greatest Renaissance forerunners (all Europeans, by the way), namely the project of building a civil society in a firm foundation of practical reason. In this society, by intention, there would be room for the theoretical and spiritual life, but not at the expense of the freedom of all men to pursue the means to their own practical well-being.

All of which brings us back with a crash to November 6. For decades now, the remainder of the Western world has forsaken that great modern project. The basic idea of individual liberty, meaning the combined notions of natural rights, self-determination, individualism, and the pursuit of earthly happiness, is no longer an animating principle in the governing processes of any other nation on Earth. Whatever practical freedom remains in other countries is tolerated merely as a matter of pragmatic economic policy (it creates wealth), or as a ploy to palliate civil unrest. (This latter goal is made explicit in the UN’s “World Happiness Report,” which blithely opines that the masses can be quelled by maintaining institutions which promulgate the “feeling of freedom”—regardless of whether they actually produce the real thing.)

Only in America, then, has individual freedom remained an explicit founding principle, and a moral ground of society. What this means, in historical terms, is that the entire thrust of modernity, from its pre-modern roots to its defining achievements, has evaporated from every political corner of the planet (though still residing, of course, in the hearts of some men) with one glorious, desperate exception. America’s increasing cultural isolation in recent decades is directly attributable to this: the rest of Western civilization has turned away from modernity’s noble heritage, and has long been striding “forward” into a new Dark Age—not into a more ancient conception of man, but into a prehistoric one. To state the intended outcome, we may assign a suitable name: brutalism.

The forces of this late modern brutalism have been at work in America for a long time, and have, of course, scored many victories small and large. The beast has slowly eaten away most of the meat of America’s educational establishment, artistic vision, material treasure and moral virtue, leaving little but an insubstantial fare of fat and gristle.

This gradual devouring of America, against the brave resistance of an intransigent conservative minority, brought her to a climactic moment. At last, all the cards were on the table. In 2008, the nation had, for the first time, elected as its president a man whose calls to join the anti-modern drive “forward” were explicit and unequivocal. His ideas were Marxist in origin; his mentors—childhood, adult, and professional—were communists, Islamists, anti-Semites, racists, sexual deviants, terrorists, and plain kooks. All attempts to explain 2008 away as a mere mistake, a pitiful self-inflicted wound deriving from a twisted desire to overcome residual collective guilt, rested on the next presidential election, the election of 2012.

Obama repeatedly and consistently enjoined Americans to reject their most cherished notions, and their moral traditions: the self-made man, he argued, was a lie and a moral outrage (“You didn’t build that”); the wealthy have no logical claim to the product of their achievement (“shared prosperity”), and ought to be seen as the enemy of the people, refusing to “pay the same tax rate as their secretaries”; freedom of religion, he demanded, must be sacrificed to the new goal of subsidized sexual promiscuity; and the most primal premise of America’s and modernity’s political project, the right to self-preservation, must be renounced in the name of egalitarian healthcare.

All of this was placed before the American voting public in the fall of 2012. None of it was concealed by the leftist media—this was, in fact, the official, media-assisted platform of the Democrats and their dear leader during the election campaign. Class warfare, anti-individualism (“you didn’t get there on your own”), redistributive justice, and the devaluation of human life—the policy essence of European post-Marxist socialism—was on trial in the land of the free, the land of milk and honey, the land of immigrants from impoverished and oppressed nations who came seeking refuge and opportunity.

For the first time in America’s history, a major party had been bold enough to make its challenge to the basic premise of America herself—freedom—the central issue in the election. It should not have been close.

And it was not close: Obama’s invitation to complete the dismantling of America won the day by a landslide. It was not just the sixty million who voted for him. It was also the even larger number of eligible voters who did not vote at all. Whether by active vote or passive consent, more than two thirds of eligible U.S. adults chose to join the march to nothingness.

But in light of the fact that America was the last nation standing in modernity’s long struggle to achieve practical political freedom for mankind, those Americans were speaking for all of us, everywhere. They were choosing, not only for their own future, but for all those whose nations no longer give them a voice on the question of liberty. The question in this grand, final referendum was, in short, “Will mankind continue to keep one candle burning for modernity?”

Thus, we can say, without a scintilla of hyperbole, that on November 6, 2012, America elected to end modern civilization. Not all Americans chose it, to be sure. But such is the nature of democratic elections, once they have become unmoored from limiting principles. Once America put aside (small-r) republican considerations of constitutionality in government, and set out on the long march to mob rule—call it the welfare state, socialism, or what have you—this moment was almost preordained. It was bound to come to this.

The stakes could not have been higher or more straightforward: freedom or coercion, individualism or collectivism, modern civilization or uncivilized brutalism. America, meaning her voting and abstaining majority, chose the latter option in each case.

In simple terms, on November 6, America joined the rest of the lost world in declaring once and for all that private property is an illusion. The product of a man’s labor does not rightfully belong to him, which means his labor itself—his time and effort—does not belong to him, which means his life does not belong to him. Modernity’s project is nullified. Milton, Locke, Swift, Diderot, Montesquieu, Jefferson and all the rest—obliterated at the ballot box.

What comes next remains to be seen, and to be fought for by the minority of us who are unwilling to accede to this mindless rush to barbarism. But for now, as of November 6, self-ownership, also known as individual sovereignty, is dead on this planet. Men are not free.

No election can rescind that truth, until the conditions that brought the world to this sad outcome have begun to be undone. We have a lot of work to do, and the clock is ticking, because victorious oppression has a way of accelerating exponentially with each little triumph.

Brutalism’s political empire is now, for the first time in many centuries, universal—and the chief brutalists know it. They will not tarry in forging ahead with long-delayed measures to suffocate the last twitches of hope out of those who see what has happened, and refuse to surrender to it.

With perfect, nearly poetic irony, modern civilization was ended by popular vote. If you cannot accept this—if you are like the Republican Party establishment, the Washington pundits, and all others in whom the balm of incrementalism has produced the intellectual and moral paralysis of disbelief—then you are of no use to us now. Get out of our way.