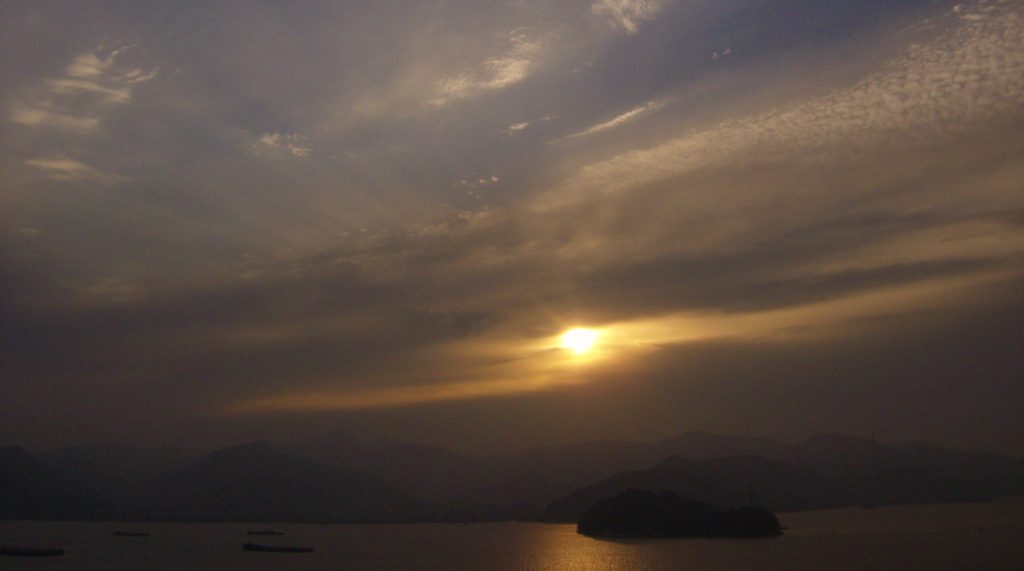 Donne was wrong; EVERY man is an island. A true teacher is a master shipbuilder.

Allan Bloom was a great teacher. A great teacher is a man whose manner of framing the important questions continues to inform his students’ thoughts long after they have left the teacher behind. A great teacher’s lasting impression is not his “personality,” that collection of idiosyncrasies which make him memorable in the way of a good vacation, but his mind—the way his reasoning sheds light on new and indelible colors in what would otherwise have been a less nuanced palette of experience.

Bloom was just such a teacher. The proof of this is that he had the true teacher’s lasting effect on many students, including this one, who never met him, but knew him only through his written works.

This spring marks the twenty-fifth anniversary of the publication of Bloom’s best-selling philosophical polemic, The Closing of the American Mind. And as Simon & Schuster is celebrating the event with a new edition, Bloom’s most famous book will receive renewed attention this spring, along with many thoughtful reappraisals. Andrew Ferguson has already taken a worthy stab at this at The Weekly Standard.

The book’s glory lies in its explicit espousal of a Socratic, dialectical tone, and its resulting power to corner an open-minded reader in places he might never have gone willingly, without the guidance of a skillful “pimp and midwife” (as Bloom puts it), i.e., without a true teacher. That is, the beauty of this book is its ability to tempt the reader out of the closed-mindedness (sold today as “openness” by the left) that Bloom diagnoses as the fundamental threat to the republican form of government. Bloom, like the Platonic Socrates he so admired, was a genius at challenging people to rethink what they thought they knew, and to question their society—and themselves—precisely in those areas that are most tender and painful.

However, any book of civilizational critique that sells a million copies is bound to have attracted many readers who were more curious than serious about its content, and who were more likely to glom onto particular paragraphs or bon mots that seemed to buttress their own opinions than to allow themselves to be shaken from long-held prejudices. The practice of reading great books in search of support for one’s own opinions—or in search of justifications for one’s bias against the author’s presumed position—is always dangerous. In Bloom’s case, it has led to many conservatives cherry-picking his book for anti-leftist arguments, while others have cherry-picked it for evidence of anti-Americanism. Some readers have accused Bloom, a homosexual and an atheist, of being a “homophobic” representative of the religious right; others, in spite of his profound critique of post-modern philosophy, have dismissed him as a European-style elitist with no respect for American culture.

What is lost in the cherry-picking approach, regardless of whether it comes out for or against Bloom, is his book’s ability to stir in the reader that uncomfortable feeling, inspired by Bloom as by Socrates, that one is missing something—that there is more to life than one has hitherto admitted. In other words, using Bloom to attack others is all well and good, as his teachings can help us to win some important intellectual arguments; but Bloom’s greatest value is in his attack on you. To feel self-satisfied after reading The Closing of the American Mind is to have missed the point, not to mention missing the opportunity of a lifetime, the opportunity for self-discovery.

Even Ferguson’s fine tribute shows hints of this problem. Noting Bloom’s assault on today’s popular philosophical lexicon— “lifestyle,” “values,” “creativity,” and so on—which comprises the book’s transitional step from the discussion of popular “culture” (another word on Bloom’s hit-list) to the analysis of its philosophical roots, Ferguson somewhat casually observes that these concepts “are now so deeply embedded in everyday speech that no amount of reason or ridicule will dislodge them.”

But Bloom was not merely trying to excise empty catchwords from our language. He was coaxing us to think through the most basic premises of modern thought. As he shows, the lexical shift from “virtue” to “values,” for example, is much more than a loss of conceptual concreteness. It bespeaks the victory of Nietzsche’s moral perspectivism, in which subjective emotional assessments take the place of moral definitions grounded in an understanding of human nature. These cheerful English translations of powerful German philosophical abstractions spell the utter corruption of the Western traditions that made political freedom possible. To concede defeat on this score is to concede everything.

This is even more urgently true with regard to the most famous, and most controversial, part of Bloom’s book, his discussion of today’s popular music. It has become the norm for even his defenders to downplay the importance of this chapter, or at best to reduce it to an older man’s rejection of the irrational excesses of modern “youth culture.” In fact, to dismiss or skim lightly over his critique of rock music is to avoid the teaching essence of the book, namely its Socratic power to challenge the reader’s most deeply ingrained attachments.

I was one of the exceedingly fortunate, as Bloom’s great book happened to appear just when I needed a true teacher, as I entered university. It challenged me, partly with its dizzying tour of the philosophical universe, but even more with its hard questions about modern popular culture and its meaning. Bloom’s questions seemed aimed directly at me, and luckily I was young and innocent enough to be attracted by his challenges, rather than repelled by them, in the same way that so many Athenian youths lined up eagerly for the chance to be shamed into self-improvement by Socrates.

I have grown to disagree with important aspects of Bloom’s philosophy. On a theoretical level, Bloom, as a pupil of Leo Strauss, shares the general Straussian propensity to regard the great philosophers’ metaphysical theories as merely a cover story for their political agendas, a view on display in his most important scholarly work, his interpretation of Plato’s Republic, and one which I reject. On a practical level, as a father of American neo-conservatism, Bloom, like his “offspring,” shows too little respect for the U.S. Constitution’s explicit limits on government’s capacity to effect positive change.

I won’t bore you with the rest of my disagreements with Bloom. My point in mentioning them is merely this: My own thinking on these issues, even where I disagree with Bloom’s answers, was and is informed by my understanding of what the questions are—an understanding that I, like so many others, owe in large part to the good fortune of encountering Allan Bloom when my mind was still open enough to be touched by his teaching.

Small men reveal their personalities in their books. Great men, precisely because they have the humility of the great (the awareness that so much of what they are is small), conceal their petty selves in the folds of their noblest, and most ennobling, ideas. In so doing, they give their readers a rare opportunity to enjoy the purest form of education; we participate directly in the life of the mind, without the intellectual obstacles presented by everyday human banalities. Bloom concludes his book with the observation that “men may live more truly and fully in reading Plato and Shakespeare than at any other time, because then they are participating in essential being and are forgetting their accidental lives” (p. 380). His own work aspires to such purity, and though perhaps it does not achieve this, the effort itself offers us a glimmer of what is possible, even in today’s distraction-strewn times.

Saul Bellow’s fictionalized biography of Bloom, Ravelstein, has, paradoxically, helped to foster a more “closed-minded” approach to Bloom’s great book. Bellow tells us, through his own fictional alter ego, that “Ravelstein” asked the novelist to write this account of his personal life. This merely reveals Bloom’s human, all too human weakness. Having brilliantly concealed his inconsequential “self” in favor of his grand, universal teaching, he was ultimately unable to accept the harshest and most beautiful reality of the teacher’s life: that his mind lives on through his students, but his idiosyncratic identity does not—that universal truths survive, but particularity must inevitably be forgotten.

Sadly, Ravelstein the man threatens to displace Bloom the teacher in the minds of some readers. But Ravelstein, a pretty bland novel apart from its gossip value, will be long forgotten when Americans—if there still is an America then—return to contemplate The Closing of the American Mind upon its hundredth anniversary.

In the meantime, we ought to envy those university freshmen of today who are about to have their first encounter with a wonderful teacher, thanks to the new edition of Bloom’s great book.