What Good Can Come of This? 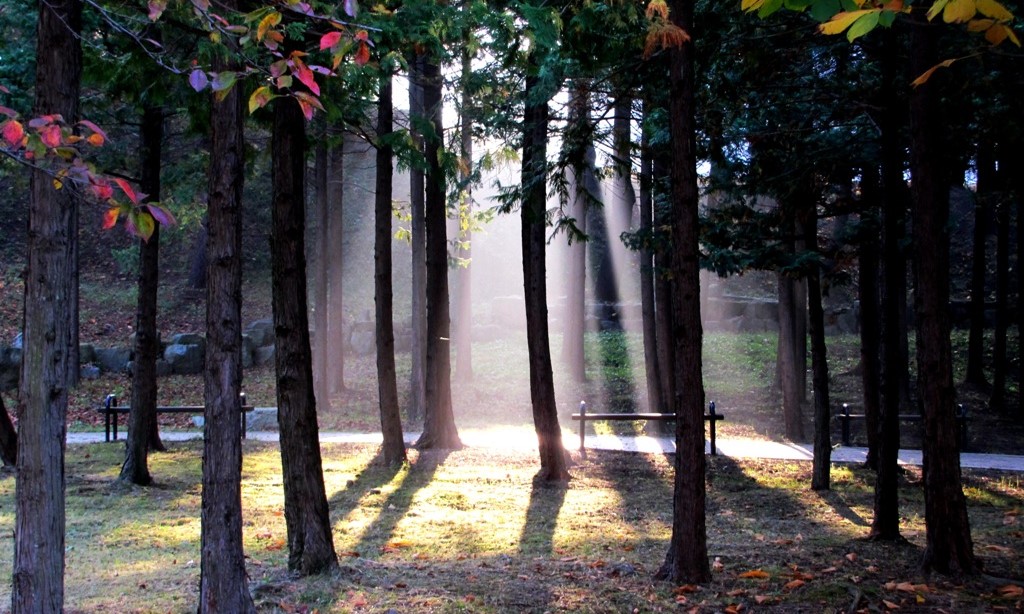 On November 8th, the United States of America is staging (I choose that word carefully) a presidential election that will go down (and I also choose that word carefully) in history as the most terrifying, banal, hideous, and irrational exercise in the entire spotty narrative of Western democracy. The nation on whose fate largely rests that of the whole Earth at this moment–the nation with the most money, the deepest philosophical foundation, the greatest power to guide the decisions of other nations, and the most ubiquitous cultural influence–is about to select its (and the world’s) figurehead in a contest between a conscienceless, lying, self-serving creep and a self-serving, creepy, conscienceless liar. The almost-certain results of this election will be, at best, a continued slide ever deeper into the moral and intellectual degradation of modern humanity (aka progressive authoritarianism), or, equally likely, an accelerated degeneration into a more sudden and less predictable form of chaotic destruction. In other words, nothing good can come of this election, for America or for the world, but a great deal of harm can and will come from it.

I say “nothing good can come of this election,” however, only in deference to our modern, narrow-minded conception of Time as a rectilinear progression. If we could be Greek about this for a moment, we might see it differently. Not that Hillary Clinton or Donald Trump could ever willingly, knowingly become an agent of regeneration, of course, but rather that all decay betokens an end of something living–and such a decay, if it be grand enough, as ours will assuredly be, may finally issue in some form of renewal. At least we may see it thus if we can raise our heads from the false perspective of measuring time in election cycles, and turn our gaze instead toward the cycles of eons and souls.

If ever there were a moment for embracing a philosophical perspective on our fate and its current repugnant adminstrators, this would be that moment. So let’s go there, shall we?

A tradition has been handed down by the ancient thinkers of very early times, and bequeathed to posterity in the form of a myth, to the effect that these heavenly bodies are gods, and that the Divine pervades the whole of nature. The rest of their tradition has been added later in a mythological form to influence the vulgar and as a constitutional and utilitarian expedient; they say that these gods are human in shape or are like certain other animals, and make other statements consequent upon and similar to those which we have mentioned. Now if we separate these statements and accept only the first, that they supposed the primary substances to be gods, we must regard it as an inspired saying and reflect that whereas every art [technē] and philosophy has probably been repeatedly developed to the utmost and has perished again, these beliefs of theirs have been preserved as a relic of former knowledge. To this extent only, then, are the views of our forefathers and of the earliest thinkers intelligible to us. (Hugh Tredennick translation, emphasis added.)

And from Nietzsche’s Twilight of the Idols, “Expeditions of an Untimely Man” section 43:

In the ear of the Conservatives. — What was formerly not known, what is known today or could be known–a reversion, a turning back in any sense and to any degree, is quite impossible. We physiologists at least know that. But all priests and moralists have believed it was possible–they have wanted to take mankind back, force it back, to an earlier standard of virtue. Morality has always been a bed of Procrustes. Even politicians have in this matter imitated the preachers of virtue: even today there are parties whose goal is a dream of the crabwise retrogression of all things. But no one is free to be a crab. There is nothing for it: one has to go forward, which is to say step by step further into décadence (this is my definition of modern ‘progress’…). One can retard this development and, through retardation, dam and gather up degeneration itself and make it more vehement and sudden: more one cannot do.– (R.J. Hollingdale translation)

If the soul were not connected to the eternal, this would be a very depressing day indeed. But it is so connected, if only we are able to find the right vantage point.