Yesterday, a university junior I had not seen in a while stopped by my office to talk about her life these days, or rather her frustrated sense that she was not really living a life, but merely, as she put it, “enduring” one. She expressed concern that her existence, consisting almost entirely of study perceived as an obligation, a part-time job perceived as material sustenance, and free time spent watching movies and sending chat messages on her smartphone, lacked meaning, a typical modern complaint. Yet her problem, quite a common one among young people these days (and not only young people), was that while she could easily register the usual complaint about feeling her life was meaningless, nevertheless, when pressed to define this so-called meaninglessness by identifying what was lacking, she drew a blank. That is, she could not put her finger on what it would mean to describe one’s life as meaningful.

“Meaning,” as a term applied to human life, has become little more than a highfalutin abstraction or popular catchword, a concept gutted of all communicative utility by the combination of centuries of materialist philosophy, generations of pseudoscientific psychology, and decades of government schooling. This is why we rarely speak of seeking “the meaning of life” these days, except with an ironic smirk or as outright parody. The emptiness of the concept in modern usage is never more apparent, nor more frustrating, than in those situations in which it would, in a more rational age, have been most beneficially applied — such as in explaining to a despondent young person how different her life could be, if only she could find…well, a meaning of life.

But what could that mean? How might one go about finding meaning, or making life meaningful. Where should one look? I am not talking about the stock answers people use to fill an empty category, equivalent to the silly tunes we hum to ourselves when we are nervous or bored: “Turn to God,” “Get a hobby,” “Try a new look,” “Get out more,” and so on. I am talking about the very notion of having a meaning in one’s life at all. What does that mean?

One becomes most aware of this crisis of language gone abstract when one is faced with a person who desperately needs to reassess her life in terms of ends, i.e., purpose, but for whom all such recommendations ring hollow, due to our civilization’s comprehensive abandonment and debunking of the very idea of essential purpose, which is to say human nature.

Today, we speak endlessly of “goals,” by which we mean practical “commitments” chosen almost at random, on the basis of a moment’s predicted pleasure or projected reward. But this is merely another of those silly tunes for filling empty spaces, since there is no guiding or permanent principle according to which one might go about selecting a goal, and hence no grounds for believing this goal will make life any more meaningful than that goal. What is missing from “goals,” in our modern self-help, motivational-speaker sense of that word, abstracted from any higher notion of natural ends, is a unifying idea — that is, an understanding of human purpose as not merely “something to shoot for,” but rather something that brings wholeness and definition to one’s life, by informing and coloring everything one does.

After struggling around this problem with my student for a few minutes, I sensed that the first step in any fruitful process of searching for a life worth living, rather than a mere continuum of movements to be “endured,” would be to grasp more concretely what a meaningful life might be. To this end, I hit upon two images that I thought might, taken together, help her to understand what it might be like to describe a life as meaningful, in the sense of manifesting an answer to the basic, but now discredited, question of natural purpose: “Why am I living?”

First, imagine you fall asleep with a pen in your hand, and your hand lying on a sheet of paper. In your sleep, perhaps while restless or dreaming, you move your hand around unawares, thereby scribbling randomly on the paper. Upon awakening, you notice the paper, and see the pen marks. For a moment, in your half-asleep state, you think you are looking at actual writing, and wonder who left you a note. You rub your eyes and turn the paper around, trying to make head or tail of the scribbles, until finally, regaining full consciousness, you realize there is nothing to grasp here, only random shaky lines which you yourself have produced without intention.

That is a life lived without meaning. The lines on the page bear a certain resemblance to actual writing, and at a brief glance, or in semi-consciousness, might suggest a promise of communication; but in fact they have nothing to say. The important point, however, easily overlooked, is that your first instinct, upon awakening to the scribbles, is to try to understand what they mean. The realization that they mean nothing — that they represent only the undirected movements of an unconscious hand — is disappointing to the human mind, which naturally craves coherence and comprehensibility.

Second, imagine you are led, blindfolded, up to an enormous, spectacular painting, something on the scale of the ceiling of the Sistine Chapel. When you are so close that your nose is almost touching the painting, the blindfold is removed. As your eyes adjust to the light in front of your nose, your vision might meet, from that extreme proximity, a lovely shade of blue, or a graceful arc or angle. The sights may produce a pleasing effect: the color soothing to your eye, the arc impressively precise or crossing another line in a suggestive way. You experience superficial sensory pleasure, but devoid of understanding; you perceive traces limiting or dividing a space, but without defining anything; in short, modern art.

This is viewing your life without any sense of unifying purpose. If you were to step back now and see the whole painting, you would suddenly recognize what that pleasing blueness was coloring, or to what broader representation the graceful lines were contributing — that is, you would know why that color and those lines were there. At last the indefinite, superficial pleasantness of the isolated hues and strokes would be incorporated into a more fundamentally satisfying understanding of the whole. And this satisfaction would be real whether the whole you finally discovered was itself a disjointed and confusing mess or a cohesive and beautiful representation; in the former case, you would at least know you needed to seek a better painting, and in the latter, you would have found the natural fulfillment of sight.

Meaning is unity. The unifying principle is rationally-informed desire. My student, like most young people today, thanks in large measure to the soul-tranquilizing effects of government schooling and materialist-progressive theory and propaganda, is the sleeping scribbler, drawing lines that are vaguely suggestive of composition, but without the intentionality, i.e., the conscious purposefulness, that distinguishes coherent writing from random pen marks. And in any case, with her nose forever pressed against the surface of life — keeping busy, filling her time — she is unable to discern any unity worth communicating among the colors and lines she encounters.

She never will, until she rouses herself from the hypnotic emptiness of the discrete and partial patterns long enough to step back and examine the whole of her life as a whole, rather than as isolated hues and strokes. It is only from such a perspective that any search for a concrete meaning of life may begin. 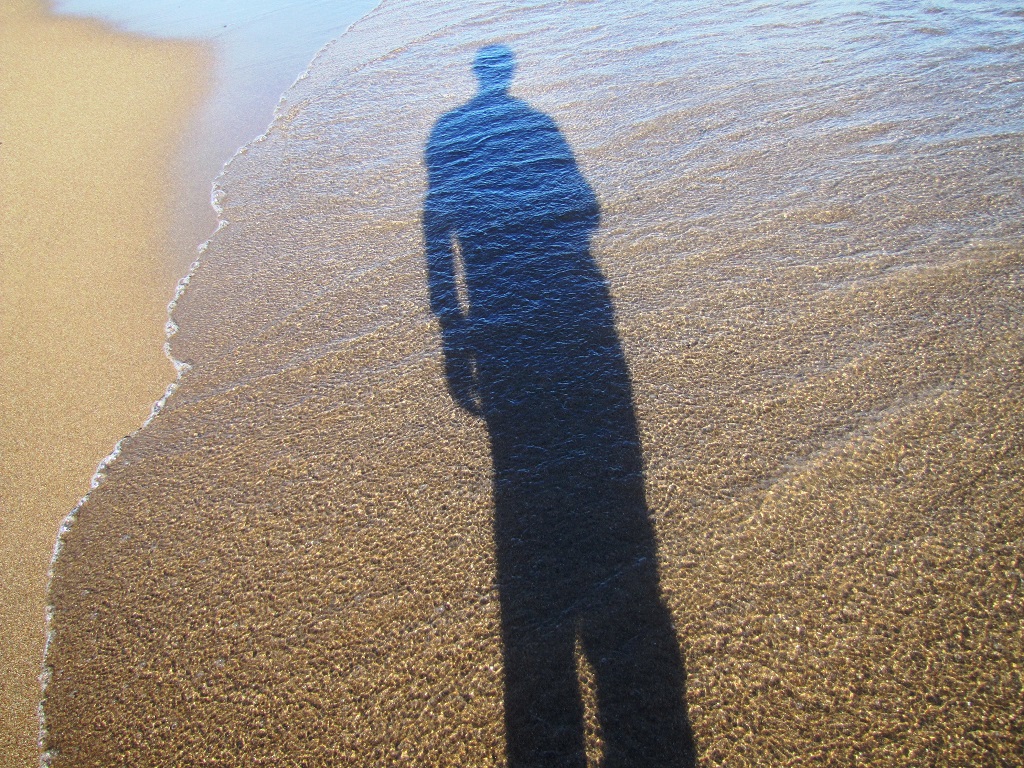